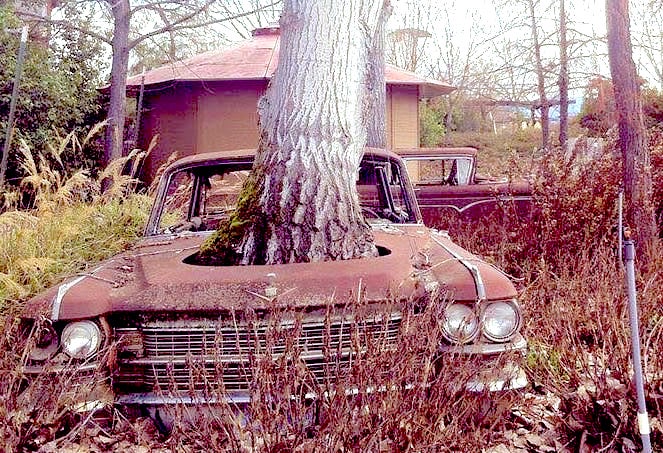 Why have a top brand when your second-best brand sells more of the same thing, repackaged?

This paradox brought to you by General Motors, the only car company that still has more than one “premium” brand. What’s inside the box, though, is mostly the same.

The first is Cadillac, the second is GMC.

They both sell many of the same vehicles, repackaged and re-priced. The Cadillac Escalade is a GMC Yukon – and both are actually repackaged and repriced Chevy Tahoes. The GMC Sierra is a remarketed Chevy Silverado. 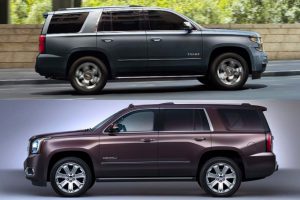 And they sell better than their “Cadillac” labeled other-selves. Better than any other American-brand luxury vehicles, too.

It’s weird – but it makes sense. Bear with.

GMC is itself a legacy oddity of a time when GM’s various divisions – in the heyday, there were six of them, including Oldsmobile and Pontiac – sold different things. They were related things, of course, but there was difference enough between them to make the difference worth paying more – or less – for.

Ford dropped Mercury years ago. When it no longer made sense to sell Fords three different ways. 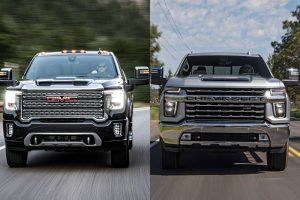 But GM still has four divisions (or rather, four rebranding/re-selling arms) and all of them together have a smaller market share now than Chevy, all by itself, had back in 1970s. Probably because GM continues to try to sell the same thing four different ways.

GMC used to be the GM division that sold heavier-duty trucks and utility/commercial vehicles until it morphed into a kind of quasi-Cadillac in the ’90s, when it began selling luxury under a different label. But it didn’t go the way of Olds and Pontiac.

Because Cadillac is no longer a luxury brand. Unless “luxury” is defined as embossing the seats of a Yukon/slash Tahoe with the wreath and crest. It just makes it a pricier Chevy/GMC.

This is insulting to the prospective buyer, who knows he will be paying more to get more or less the same. A slightly different shell. And a differently labeled plastic engine cover. 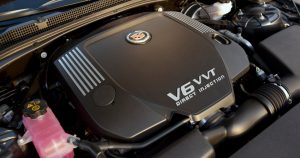 Cadillacs have the same engines as found in Chevys and Buicks – as well as GMCs.

The “new” (2021) “Cadillac” CT4 is powered by the same  basic 2.0 and 2.7 liter fours that have been powering Chevys like the Camaro . . . and the Silverado pick-up, even. The XT6 crossover has the Camaro’s optional 3.6 V6 and is basically a repackaged Buick Enclave/ChevyTraverse/GMC Acadia.

When you go to a Mercedes dealership you don’t find something less than Mercedes under the hood.

But the long-view problem for Cadillac – and luxury labels generally, including even Mercedes – is that the label no longer means as much as it used to. Because luxury has been made standard, regardless of label. 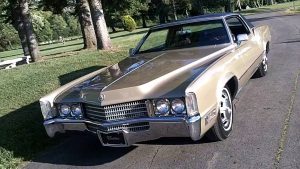 It’s true there are still cars that haven’t got quilted Nappa leather seats with built-in massagers and 18 speaker surround sound audio systems. But it is also true that every new car comes standard with air conditioning, power windows and locks and – almost all of them – a stereo system that would have been regarded as high-end back when Cadillac meant something.

And economy meant something else.

Today, there are “entry level” cars  – in terms of what they cost – but the least of them comes standard with more than used to be optional in Cadillacs, once upon a time. Of course, once upon those times, Cadillacs also had something else to offer, which was size – both the vehicle itself and what was under the hood. 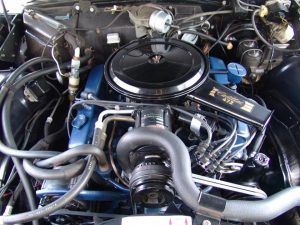 Cadillacs were GM’s biggest vehicles and had the biggest engines in GM’s inventory, including – at the apogee, circa the early-mid 1970s – massive 8 liter V8s that you had to buy a Cadillac to get. You couldn’t get them in a Chevy or a Buick or an Olds . . . or a GMC.

Which made aspiring to Cadillac ownership a desirable thing and actually owning one an enviable thing, because you had something (here it comes) different.

Not just a different label – and maybe a differently shaped plastic-chromed grille.

Today, that’s more or less what you get. 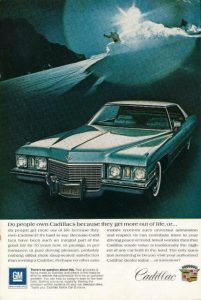 Cadillacs sells SUVs the same size as other GM branded SUVs, with the same size engines. It hardly makes sedans at all – literally. The XTS and CT6 – its largest recent sedans – are no-longer-sold sedans. Which leaves the 2021 CT5 as the biggest – and biggest engined – sedan that Cadillac still sells.

It is a Camry-sized sedan – just 193.8 inches end to end (a Camry is 192.7 inches long overall) and comes standard with a smaller (2.0 liter) engine – the same engine that comes standard in various other-label GM vehicles.

Once upon a time, a Cadillac meant something named Eldorado or Sedan deVille. You got something more than you got anywhere else for your money.

Including at your GMC store.