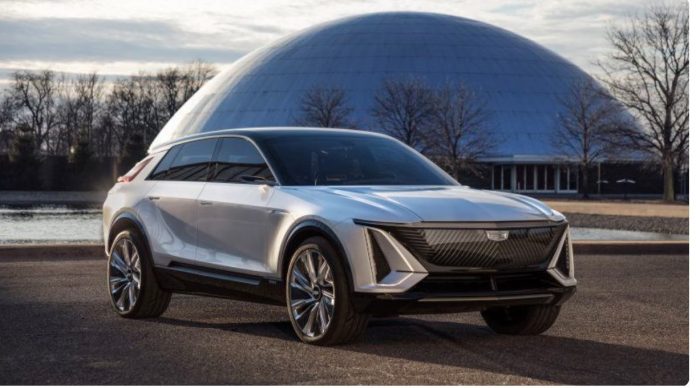 Since GM is having trouble selling EVs, it’s not surprising to learn it is buying out the dealerships that can’t sell them.

The trade publication Automotive News reports that GM is offering to pay any of its 880 Cadillac dealers as much as $500,000 to close their doors – in order to leave fewer Cadillac stores, so that when Cadillac “transitions” to selling nothing but EVs by 2030 (there’s that date again) it’ll look like Cadillac is selling more EVs. 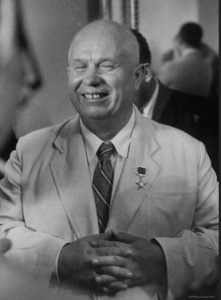 Kruschev used the same trick to make Western observers think he had a huge fleet of intercontinental bombers  by flying the same six airplanes in a wide loop over Moscow for their viewing edification.

Meanwhile, the same GM that is paying dealers to close will be increasing what it spends on EV development by 35 percent to $27 billion over the next two years, probably because of the apparent selection of the new El Presidente, who has promised to “mandate” a market for EVs (assuming he doesn’t forget what he promised).

GM CEO Mary Barra is chomping at the bit – or rather, urging American drivers be “mandated” to chomp on the bit: “We are confident that  . . . we can collaboratively find the pathway that will deliver an all-electric future,” she warbled the other day.

This is as remarkable as it is political – as well as contra everything economical.

GM’s bizarre assumption is that people who’ve shied away from buying any of the electric cars it has sold so far are going to buy more of them just because the government ordered them built. 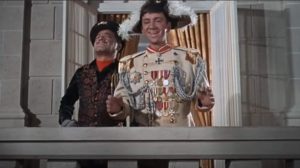 But it’s not so bizarre when you  consider that by 2030 not much else that isn’t electric will be built and the few that aren’t will be on obviously short time since by 2040, say, they will have been driven off the roads entirely by regulatory fiat and extortionate/punitive gas and registration fees.

What that means is that people who aren’t stupid are apt to shy away from buying not-electric cars long before 2030 gets here because whatever they buy within the next few years that isn’t electric is likely to experience horrific depreciation as the market becomes aware of their imminent mandated obsolescence. 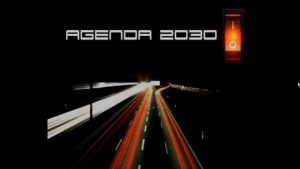 Consider, for instance, the effect on the resale value of a non-electric car purchased for $35k in 2021 when it becomes common knowledge that by the time it is nine years old it will cost $5,000 annually to keep plates on it – “polluter taxes” – or $10 a gallon to feed it, also via taxes designed to “nudge” people out of cars with engines and into cars with motors.

The EV being tethered to its plug-in source and more deeply, to a less-fungible energy source that is harder to store and easier to control (especially vs. diesel – which accounts for the systematic effort to get rid of diesel-powered vehicles).

Also intrinsic to the EV is that it is electronic as well as electric. The distinction is important.

Electric motors are controlled by the electronics which control the charge cycle and determine how far the electrically powered vehicle goes, this control exerted by other-than-the-owner. 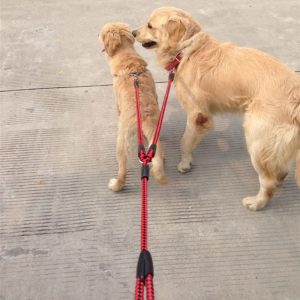 People don’t see that aspect of it yet, even though it is in plain sight – like the agenda being implemented, to coincide with the arrival of 2030. Like the “Great Reset” that’s much discussed but not acknowledged, even by the technocrats who openly use the term and then deny they ever said it.

This column has been trying to get across for decades that the goal of all of this is not “clean” transport. It is controlled transport. Physically – via the electronic means just discussed – and also by the economic means, partially discussed.

The “solution”- making non-electric cars just as expensive – isn’t going to work, in the sense that making cars as a general item more expensive isn’t going to make it easier for more people to buy them.

Get them paying monthly, forever. No more ownership – no matter how long you pay. Just serial debt in exchange for access to transportation as defined, delimited and controlled by the owner thereof, which probably won’t be you.

The very affluent may still own cars – and for them there will be a handful of boutique Caddy stores, probably free of Face Diaper decrees, too – very much in the way that in the dystopian future portrayed in the ’90s sci-fi movie, Demolition Man, going to one of the very few Taco Bell restaurants still open was a rare privilege indeed.