It is not improbable that, within a year or so, new cars will be “mandated” – the new term for do as you’re told, per Dr. Fauci – to come equipped with Advanced Diaper Assist Technology.

It will “assist” you . . . in the manner of an armed government worker – and in the furtherance of the same object: The wearing of the Face Diaper, also known as the Holy Rag by heretics who doubt the medical efficacy of forcing the healthy to wear a rag over their faces to prevent transmitting a sickness they do not have.

Perhaps the car will not start if it sees your face. Subaru’s EyeSight system – already in many new Subaru vehicles – could easily do just that and may do just that once Dr. Fauci, who is our new Medical Overlord, “mandates” ADA.

We are, after all, already “mandated” to wear a seat belt – a seemingly innocuous thing to people who don’t understand that precedent becomes practice and who only see discrete/isolated “good things” and not the other things that will be “mandated” on the basis of the first thing mandated having been accepted.

If seatbelts can be “mandated” than so can the wearing of the Holy Rag as both “mandates” rest on the same doctrine of “keeping you safe,” which has become the new Prime Directive of life in America despite the absence of anything to that effect in the Constitution, which was once upon a time the law of the land. 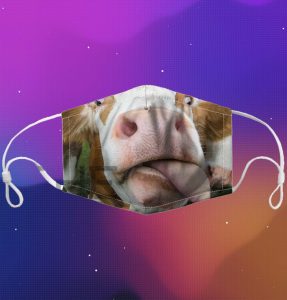 Before “mandates” replaced it.

A mandate’s fuel is power and the government has that in abundance. It was restrained in its application thereof for many years – for generations, even – by custom and culture, which though informally asserted nonetheless drew a line at the mewling doctrine of “keeping us safe.”

That changed only relatively recently. It is hard to say precisely when it changed but one can make sound generalizations. America was not, culturally speaking, the land of the Safety Cult in 1970 or even 1980. Living was valued over fear of living. The 1969 Moon Shot could never have happened in 2000 because the Safety Cult had by then become a mainstream religion, formally baptized and chartered on September 11 of 2001 – when it became official policy to subordinate life to “safety” – and it has been so ever since.

Every so often a new reason to be scared of living must be conjured, however and so it was this year. The fearsome ululations of enraged Islamists has been replaced by the keening about the cases! the cases! – which in its own way is much like the thrice-daily call to prayer in Islamic countries.

In America, though, the new religion lacks a god. Instead it has a doctrine – that of unquestioning obedience – else you are a very bad person. A dangerous person. Someone who “puts others at risk” – because you dare to question whether you have, in fact.

Note the similarity of tone here and as regards another precedent that became the basis for the “mandates” imposed upon us now, many years ago.

Do you support drunk driving?

No. But that is not the same thing as presuming all drivers are drunk and requiring them to play Kabuki – roll down your window, engage in false pleasantries with an armed government worker; convince him you are not “drunk,” etc.

It is, however, exactly the same thing as presuming everyone is sick and requiring them to play Kabuki  – the wearing of the Holy Rag, the standing apart from others, the bumping of elbows in lieu of shaking hands, etc. 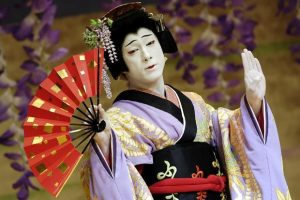 And this form of Kabuki – which the America of 1969 would have laughed at and never submitted to – became an inevitability after roadside Kabuki was accepted by America in the 1980s and then airport Kabuki in the early 2000s.

Soon, America itself will transition into a 330-million strong (or rather, weak) Kabuki Troop, the performances never ending, the players always on stage – each another’s audience, the “masks” becoming our faces.

Even within our cars, where many of the players are already wearing their costumes  . . . without needing any “assistance” at all.