Today’s Diaper Report is a proxy report – conveyed to me by a good friend who had to deal with a hysterical member of the Sickness Cult recently.

He had taken his daughter to swim practice and was in the bleachers watching her when he heard a tap on the glass behind him. The tap grew insistent. He turned to see what the source of the annoying noise was and beheld a young Coronamonomaniac – he said she looked to be 18 or 19 – frantically pointing at his face while making bizarre Kabuki motions toward her “masked” face.

My friend turned back to watching his daughter practice. 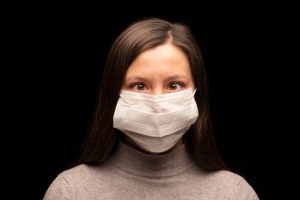 This brought the young Coronamonomaniac from behind the glass. She began to lecture my friend – a grown man twice her age – about “masking.”

As it happens, my friend is a medical man who knows something about “masks” – but didn’t let that slip. He simply asked: Why?

“It’s a pandemic!” the kid screeched back at him – her “mask” barely containing the spittle and probably aerosoling it. “The worst one in history!” She actually said that. Having heard it, on TV.

My friend didn’t give in to this kid’s emotional blackmail. He just ignored her and went back to watching his daughter swim. The Coronamonomaniac let loose an exasperated arrgghhh! and went away, fists clenched in fury.

Chalk up one for the sane guys! 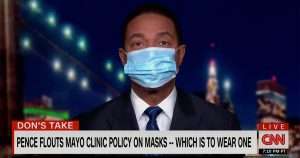 Another friend had to kick a Coronamonomaniac out of his place of business. This friend owns a repair shop and had a long-time customer appear the other day, ostensibly to drop off her car. My friend happened to be outside his shop, walking his dog when she pulled up.

He was not “masked” – as it is not his habit to don the garb of strange religious cults.

My friend took this as insulting given he isn’t a Moonie in the first place and unintelligible in the second, since he doesn’t own a “mask” and thus the possessive pronoun doesn’t include him. In the third place, he was walking outside of his shop – on his property – and took a little umbrage at being accosted by a crazy person on his own turf.

A conversation was attempted – on the shaky foundation, as it turned out, of a business relationship going back almost 20 years. He pointed out that (a) he’s not sick and so can’t spread a sickness he hasn’t got and (b) he’s outside and nowhere near anyone who might get sick from the sickness he hasn’t got – excepting the Sickness Moonie who approached him on his own property and who therefore took it upon herself to “expose” herself to whatever phantom risk might be present. Finally (c) he made the pointless effort of trying to explain that a Holy Rag is a religious decoration and not a medical device; that it interferes with viral transmission to the same degree a Yarmulke wards off Jehova’s lightning bolts.

Nothing matters to the Coronamonomaniac except Corona – which they style COVID-19 as it sounds (and looks) more dramatic.

Their fear of Corona, uber alles  – applied to alles.

Ordinarily – in sane times – this would serve as the very definition of insanity. A fixation, to the exclusion of all other considerations, on one consideration. Inspector Javert, for instance. In Les Miserables he pursued Jean Valjean to the ends of the earth over the theft of a loaf of bread. The reader feels pity for Javert almost as much as his victim, because it is clear the man is ill. 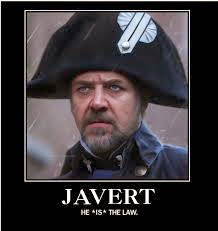 But not quite as much – for Javert’s cruelty over-rides his sickness.

It is the same with the Coronamonomaniacs. These people are willing to inflict incredible suffering on people in the name of assuaging their deranged fear of sickness. Examples are many and well-known but among the standouts are the locking away in “care” facilities of the elderly, who are denied contact with their families – and often condemned to die alone. Children denied their childhood – and their peace of mind.

Family gatherings verbotened. Businesses destroyed; life put on hold – perpetually – for the sake of people who believe their fear gives them a blank check to emotionally blackmail us – the bill to be paid by us.

I’m happy to report at least tow “cases” of people I know refusing to pay it.

Some Cars I Can’t Review