I’ve seen it before so I ought to have seen it again but hope often blinds a man to ugly truths. I had been hoping the Orange Man was not just another Republican, one of those creatures who makes hay – and raises green – by denouncing limitless government and promising that if you send him money and give him your vote limits will be placed on government.

It’s an old record that’s been played over and over again since at least the Goldwater run back in 1964. And Barry – who lost – may have been sincere. We’ll never know because he didn’t win. But we do know about those who did, including the latest one. 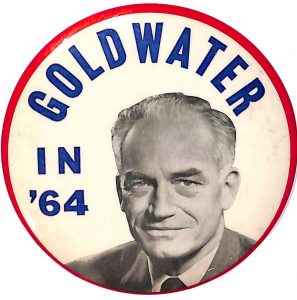 Lots of Tweets – not much action.

This is hard to hear and abrades the sensibilities of those – like myself – who had hoped for something more and still pine for it, even as President Select Biden tries out his Anointment Day suite in the mirror while the Orange Man Tweets pitches that you send him $30 for a T-shirt.

On that promise, he’ll deliver.

But Fauci is still the Face Diapered eminence grise behind the throne. The Orange Man let this man hystericize and tyrannize the country. He could have fired him. He could still fire him.

He has not fired him.

Instead, he repeatedly affirms the Faucian Doctrine that “millions would have died” had 330 million people not been imprisoned, tens of millions unemployed and America transformed into a Sickness Gulag populated by faceless drones wearing their Holy Vestments.

He has not rescinded it.

The Bill of Rights has been rescinded by the Orange Man’s dereliction of his duty, his oath to preserve, protect and defend the Constitution of the United States. Which includes the right of the people to peacefully assemble, as at church and at home and outside – which they are no longer allowed to do by the decree of Gesundheitsfuhrers.

Who have also decreed that everyone must show support for Gesundheitsfuhrer-ing by wearing the article of submission, the Holy Face Diaper.

The Orange Man could not, apparently, see that the whole point of forcing everyone to wear the Holy Rag was to make it appear that everyone supported the wearing of the Holy Rag and – more finely – did not support the Orange Man. 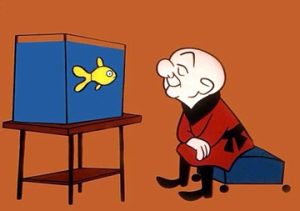 Also a vote-suppressor, which the Orange Man also apparently did not see. Or do much about, before it was too late to make doing anything about it effective.

Mr. McGoo could have seen this coming.

Create mass hysteria via the controlled – or rather, the owned – press about a virulent and easily spread contagion that requires mail-in voting, else mass death. Set the stage for months in advance. It does not matter that 80 million people still mostly showed up to vote for the Orange Man because more could be adduced via the mail for the now-President Select. 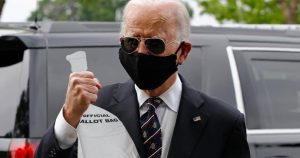 The Orange Man had months to prepare for this. But what did he do? He waited until after the deluge of mail-in votes were counted to complain that the election was in fact a selection – and now he wants $30 for a T-shirt.

Maybe the courts will do something but I doubt it. The battle is now even more uphill than the attempt of the Andria Gail trying to surmount the 100-foot wave at the end of the movie.

One senses the inevitability of the plunge.

It’s a tragedy because it didn’t have to happen. There would be no – or much less – question about the election if we’d had one. Which we might have had – had Orange Man put into place measures to deal with such things as voting after deadlines, stopping the counting of votes when trending one way then re-starting them and reversing the trend.

He could have insisted – decreed – that all polling places be closely supervised by auditors of both parties, with independent observers there as well. That measures be taken to assure that whoever won was the one Americans actually voted for. There is no excusing the fact that votes were “counted” – in whatever direction – by obscure electronic means under the control of dubious private parties interested in a particular outcome.

The Orange Man didn’t do anything about that, either.

Nor about the law forcing Americans to buy health insurance – or else. It will shortly be enforced with vigor. Also other laws – and “mandates,” which have supplanted the bother of passing laws.

Unless he does something.

There is still time. But it will take more than Tweeting about T-shirts.