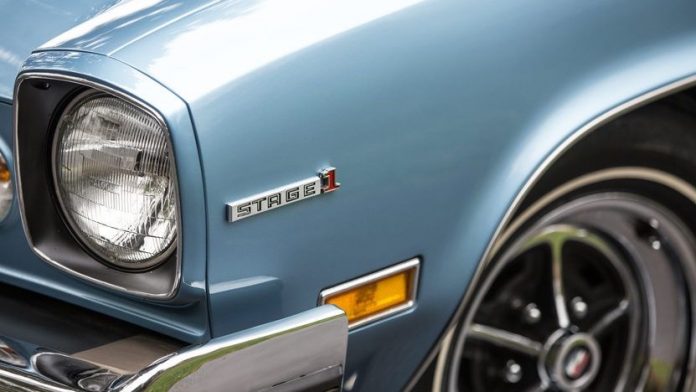 It’s a strange but true thing that one of the last real muscle cars was – here it comes – a Buick.

You have probably never heard of it – even if you are a car guy. Even though Buick sold more of them than Pontiac did examples of the much-better-known 1973-’74 Super Duty Trans-Am, the car that usually gets the honorific, last of the line.

The Century never got the attention it deserved, then – or now. 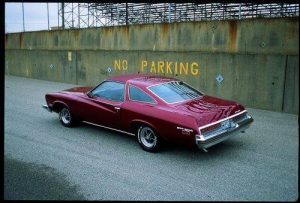 But it was what Mark Twain might have called a sockdollager. Maybe even more so than the ’73-’74 SD-455 Trans Am since the Stage 1 455 was, arguably the last real muscle car.

This is not to disparage the Trans-Am. It is merely a point of order.

The Trans-Am was, technically, a pony car – an emulator of the Mustang, which was the progenitor of that branch of the American performance car family tree. These cars still exist – including, of course, the Mustang as well as its Chevy nemesis, the Camaro. 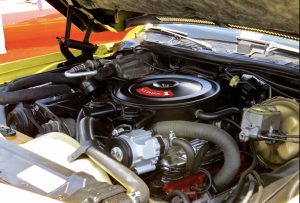 They seat two realistically, four excruciatingly. The back seats are there but only just barely. Legroom’s absence is only part of the problem. The pony car’s lower – and usually sharper – roofline leaves scanty headroom for the unfortunate who attempts to sit back there, which sitting is more accurately described as assuming the form of a person performing a cannonball off the diving board at a pool.

There is also essentially no trunk. A ’73’-74 Trans-Am had less than 9 cubic feet of space back there, most of it consumed by the spare – which wasn’t even a full-sized spare. The Trans-Am was a wonderfully impractical car – which may explain why Pontiac sold fewer ’73-74 SD-455 Trans-Ams (1,195 total) than Buick sold Century Stage 1 455s (1,206 total) over the course of these cars’ two-year parallel production run.

The Century was an intermediate-sized car. A full-size car by – modern car standards. It was 207.4 inches long and rode on a 112-inch wheelbase. That made it exactly as long overall as a 2020 BMW 7-Series, one of the biggest new sedans on the road today. 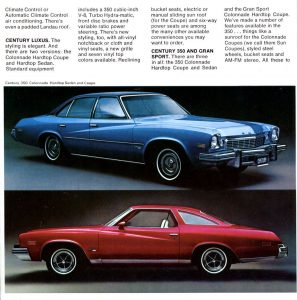 That was the muscle car archetype. A big car -with a bigger car’s engine. And the Century Stage 1 had that, too. Four hundred fifty five cubic inches, matching the displacement of the 455 in the ’73-’74 Trans-Am.

And almost matching its horsepower.

In both cases, these were big numbers for 1973-’74, just before the advent of catalytic converters in 1975 and after that, not much more than 200 hp in any car for a long time to come.

Pontiac got lots of press for its ballsy decision to produce and offer for sale a new high-performance engine in the Trans-Am at a time when “performance” had become almost as politically incorrect as the showing of one’s face today. 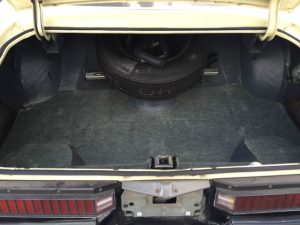 Buick got almost none – despite its arguably even ballsier decision offer the Stage 1 455 option, which included heads with larger intake and exhaust valves, a performance camshaft, dual exhaust and a dual-snorkle air cleaner ducting air to an 800 CFM Rochester Quadrajet four-barrel carb – underneath the hood of what had the gentle look of grampa’s car.

You could pair all that with a Muncie M21 manual transmission, too.

Imagine that. A coupe the size of a current full-sized sedan with a four-speed Hurst shifter in between the front seats. Or, not – if you chose the THM400 automatic and three-across bench seat.

With room in the back seats for three more of your lucky friends for six, all told – and a trunk big enough to hold a keg. 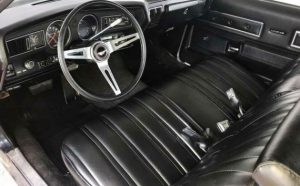 All of that supported by a full-perimeter steel frame onto which the body was bolted, with rubber biscuits sandwiched in between to isolate road shock and deliver that sofa-on-wheels-experience only a big car can deliver.

That was the muscle car formula and Buick did it up – and did it with air conditioning (which not many muscle cars had) and the usual Buick levels of comfort and refinement. It was not only the last muscle car, it was arguably one of the very first luxury-sport cars, too.

But it has faded into the mist of time and after almost half a century, almost no one knows it ever existed  – perhaps because its existence was so brief. The Trans-Am SD-455 was discontinued after 1974 because that engine wasn’t compatible with catalytic converters – or the political climate of the times. But the Trans-Am itself continued in largely the same form through the 1981 model year and became hugely popular during that period in part because of the Smokey & The Bandit movies but also because after 1975 there was practically nothing left that even looked like a performance car, let alone performed like one. 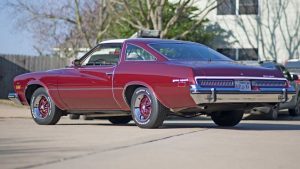 Buick retained the “Colonnade” coupe styling penned by Bill Mitchell for another three years -and the look arguably worked better with the federally-mandated “5 MPH bumpers” that marred the look of the Trans-Am, which had been designed earlier and thus looked as if the heavy bumpers had been tacked on after the fact, which they were – as opposed to integrated with the shape, as the Buick’s were.

Plus, the big chromed bumpers complemented the big car look.

But each year various federally-mandated uglinesses marred the original clean design and then the design itself was replaced for the 1978 model year with a downsized hatchback Century that closed the door forever on the big car/big-engined concept.

These cars ceased to exist after the last Century GS Stage 1 rolled off the line sometime in the late summer of 1974.

It behooves us to remember them, in order to remember what a muscle car really was – and hasn’t been, since.