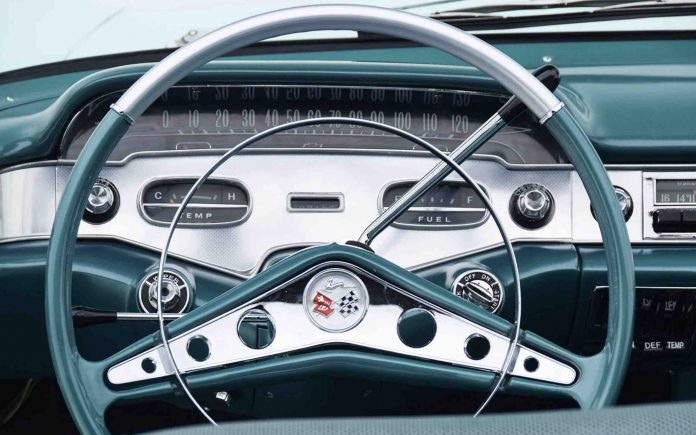 There are two chief reasons for the homogenous appearance of new cars. And they’re related.

The first reason is that all new cars – all new vehicles – must be designed in such a way as to comply with the same government regulations, particularly as regards saaaaaaaaaaaaaafety. 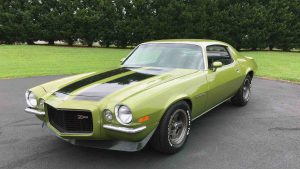 It began in earnest in the early ’70s, when government decreed “5 MPH” bumpers – so almost all cars suddenly had those ugly metal bumpers hanging off their chins. The same ugly metal bumpers. It was no longer possible – no longer allowed – to affix delicate, mostly ornamental bumperettes on new cars, as for example the 1970 Chevy Camaro Z28, which was available with twin (separate) bumperettes off to either side of the open grille.

Its Pontiac analog, the Trans-Am, had a completely clean face. 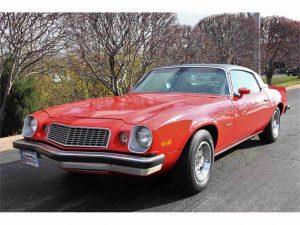 By 1975, both the Camaro and the Firebird had big – ugly – bumpers on their faces. So did all other cars. Even the Corvette – though it was hidden under a plastic cover, in the manner of a girder under the rug in the living room.

Cars also got a lot heavier – and slower and less fuel efficient for this reason. And then flimsier, on top of it. But that’s another story.

In any event, no more unmistakable shapes like E-Type Jags, letter-series Chryslers and Series 62 Cadillacs of the pre-Government Design Bureau era. Cars like them did not fit the template. So they were no longer made. The starting point of all new car design was not the inspiration of Gordon Beuhrig, Harley Earl or Bill Mitchell; it was – and remains – what are the regs? 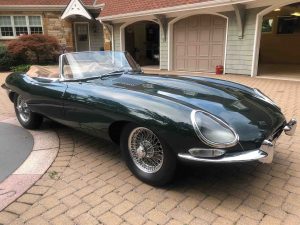 The regs kept coming and the shape began to be more and more one-size-fits-all.

Or rather, one shape complies.

There is a reason why all cars in the old Soviet Union looked the same. It is the same reason new cars here look the same.

Inside as well as outside.

Steering wheels used to be a defining element of  new cars because they could be designed in almost any shape – even not round. Some had spokes, others not. But they did not look the same – or at least, did not have to.

Today, they do – because all of them must accommodate an air bag and must be designed in such as a way to work with the dashboard and other interior parts to comply with saaaaaaaaaaaaaaaaaaaafety mandates. 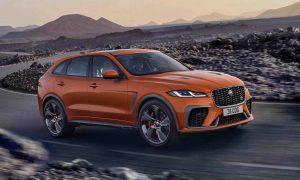 They used to just look good.

Now they all look the same.

Other regulations – and cost cutting pressures – led to the widespread use of cheap plastic/painted front and rear “clips” – beginning in earnest in the mid-late -80s and ubiquitous today.

This further homogenized the look of new cars. 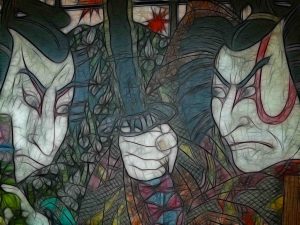 Which led to an interesting aberration – the aesthetically overdone front and rear “clips” of most new cars. The designers can’t do much with the sides anymore – these having to comply with side-impact standards as well as accommodate air bags within their structure, both limiting aesthetic whimsy and tending toward a sameness of shape, which leads to a sameness of look.

But plastic front and rear “clips”  – which are literally clipped on and designed purely to cosmetically cover up the ugly bumpers/structure underneath them – can be molded into a variety of bizarre and impotently angry expressions. Some look like furious samurais, enraged by the HOV lane. Others like mutant catfish. But rather than impart distinction, it suggests desperation. 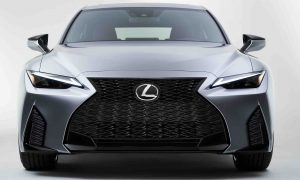 It also looks cheap – because it is.

Except when it comes time to replace a damaged “clip.”

Even cars in the Bentley/Rolls-Royce class have plastic practically poured over them. And what is the difference between the plastic poured over the nose of a $14k Mitsubishi and a $400k Rolls? The latter used to have chrome you could go for a swim in. It was part of what people paid the $400k for. Such chrome is practically unheard of today – because of environmental regs that have made chrome too costly for most – even Bentley and Rolls. 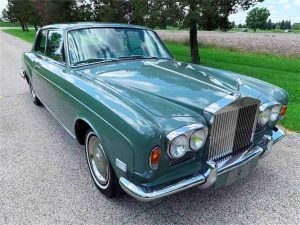 But the second big reason for the looking-alike is that so many new vehicles are the same.

They are crossovers. Everyone makes them now – even Porsche, god help us. Fewer of them make cars – sedans, coupes and wagons – anymore. GM and Ford make almost exclusively crossovers now, of varying sizes and prices but looking pretty much the same – and like everyone else’s crossovers.

But why do they make them? 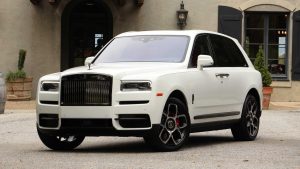 It’s because that’s what buyers seem to want nowadays. And why do buyers crave them nowadays? There are many reasons but the chief one is probably that sedans have become too small and impractical for many people – government regs having made almost all of them small (especially in the trunk) by historic standards as well as bland and boring under the hood, once again because of the regs – which have consolidated and homogenized what can be put under the hood.

2.0 liter turbocharged engines for all!

When all cars are electric, they will all have the same motors under their hoods.

Even transmissions have been homogenized – for compliance reasons. They’re almost all automatics now – and many  of them are CVTs, which best fit the regs.

Crossovers are bland and boring, too. But they do have room – and are practical in that way. A single crossover can serve the purpose of two modern cars. They have thus become the transportation appliance of choice for most people.

Big trucks (and big SUVs based on them) have essentially replaced the big, rear-drive and V8-powered sedans and wagons that were once very popular with average people. The problem is that average people increasingly cannot afford a big truck or SUV – these vehicles start around $30,000 and with 4WD and a few options easily cost $40k-plus.

So they buy crossovers.

And they all look just the same.

Fast Cars We Can’t Use…