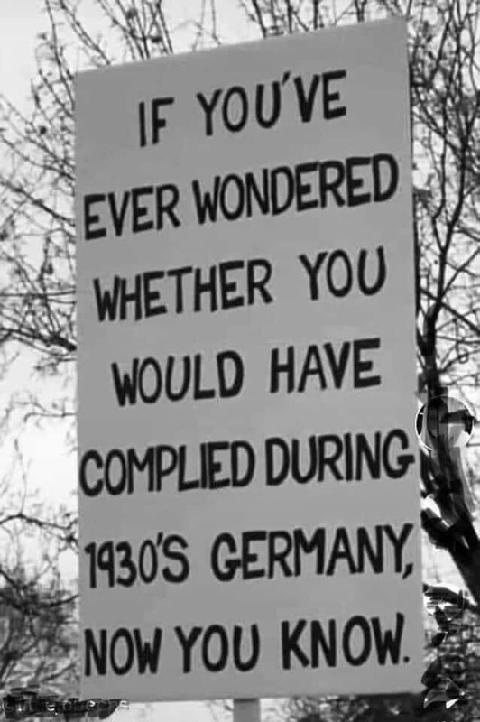 Just like that – literally – the Diapers are coming off. It is good to see people’s faces again. But it is alarming to think about the why.

As recently as two weeks ago, I was the only person showing his face at Kroger – and could not show my face at many other stores, where not only were there signs that Faces Must be Effaced but also enforcement.

They would not let you in – or they told you to get out.

Fast forward two weeks and faces are becoming as common as Face Diapers were and – in my area – a face-shower can now enter any store, it seems. Lowes and other stores have even taken down their signs altogether.

This is all very good – as well as very bad.

Has “the virus” become impotent, just like that? Or has the virus simply disappeared from view?

The one good thing about two weeks ago was that it was easy to see who the proverbial Good Germans were. The ones who obey – and will insist you obey, too. It is no longer easy to see, at a glance, who is infected with Good Germanism. But it is certain there are a lot of them.

Now the situation is like the situation in Germany, in May of 1945. Unserere Fuhrer ist gefallen – and just like that, it was hard to find someone wearing the symbol of Good Germanism. They all looked like just Germans again, normal people.

But were they, really?

Why is today’s symbol of Good Germanism on the wane?

It is partly because the pressure has been relaxed.

The “mandates” eased or even rescinded. The signage taken down. But consider what that means in terms of people’s willingness to buckle to such pressure. It is doubtful that all of the 30-40 percent (or more, depending on where you go) who are showing their faces this week but weren’t a week or two ago are showing them because they feel safe – because they have received the Holy Anointing. It is likely that many remain un-Anointed but feel safe showing their faces, because suddenly it’s “safe” to do so.

Because they see others doing so. Because the signs have been taken down. Because they worry less about some fanatic sickness-heiler saying something to them. 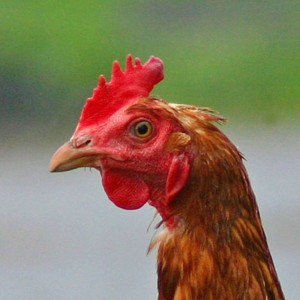 Think of the poltroonery this implies.

It is the same poltroonery that manifested all those years ago, in that other place – where almost everyone wore the symbol and then – just like that – stopped wearing it. But not because they stopped believing. Many never did believe.

But they didn’t want to be seen as not believing.

A herd is a scary thing when spooked. And worse, when it is a two-legged herd that is spooked about not being visibly one of the herd.

Some of them no doubt do feel physically safe, having been Anointed. This is also scary because the underlying pathology has not been treated. Their fear. Its presence or absence determining the obligations to be imposed upon others.

Today, they fear the sight of other faces less – and are less afraid to show their own. What if, tomorrow, they should become afraid, again? What will happen if these same Good Germans, now invisible, become very vocal when “cases” – not necessarily bodies – begin to accumulate again?

Will they cast a resentful eye toward those of us who never bowed to the pressure to wear their symbol? Who refused to receive the Holy Anointing? Will we get the blame for the “cases” to come?

And there will be new “cases.”

Because people will always get sick and some of these will die. It does not really matter how sick they get – nor whether those who die died normal deaths, as from old age pushed over the edge by a final sickness.

The evil genius of the affliction created in the minds of probably half the people of this country is that sickness and death are abnormalities, to be pathologically feared. That it is somehow “normal” for the elderly to live forever, for people not to get sick – and for no one to ever die of sickness.

This sickness can “spike” at any time – and now we know what the reaction will be when it does.

If it turns out that the Holy Anointing has made those who’ve received it more vulnerable to future physical sickness, their mental sickness will propagate in ways we can easily predict. The un-Anointed will be cast as the cause of their sickness, notwithstanding what ought to be the obvious logical problem with that assertion. If the Anointing performed the meerakuhl the Anointed believed they were receiving, then why is it that they are sick again?

Either the Anointing didn’t work.

Either way, the fear will resurrect. And we’ll see those Good Germans again. Even if we can see their faces, again.