Why do so many – practically everybody, in many areas – Diaper?

Even in the absence of “mandates”? Even when the “mandates” aren’t enforced – at least, not by anything more threatening than a sign?

Apparently, for some of the Diapered, the rag is donned in order to “make other people feel better.” Not because they think that wearing the outward symbol of the Sickness Cult will prevent them from getting sick – or even because they are worried about getting sick.

Rather, they Diaper up to “make other people feel better.”

The people who believe there is a highly dangerous virus circulating in the air, everywhere – and that if they catch it, they are likely to die, notwithstanding the fact that 99.8-something percent do not. 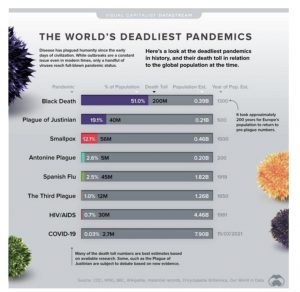 The hysterical people, in other words.

The people suffering from the late-stage effects of weaponized hypochondria; the people who are severely afflicted by mental illness over a physical illness the actual threat of which is so slight that to be terrified of it is very much akin to a child’s fear of the Bogeyman.

These people are terrified when they see an Undiapered face.

But is it a kind idea to encourage such fears – in adults? To “make them feel better,” by pretending you share their fear and that the fear is legitimate – and thus, all the associated performance theater vitally necessary?

This to include the obviously predictable because logically inevitable mass jabs with a substance that may or may not cause more harm that it is claimed will salve – and pariah-treatment via “vaccine passports” and such of those who decline for altogether reasonable reasons, such as their being quite healthy, thanks – and who prefer to not put their actual health at actual risk for the sake of other people’s fears.

A woman I met while shopping – showing my face, of course – thinks so without realizing so.

I tried my best to explain.

While feeding filthy, disease-laden dollars into the self-checkout machine at the local supermarket I purposely visit every day to make a point of showing my face in defiance of both signs on doors as well as my own immunity to weaponized hypochondria, I heard someone call my name. Then I saw her face – that of the woman I know, who had her Diaper down just enough so that I could see (and understand) who was talking to me.

I was appalled to see her Diapered.

Because it was more than just her Diaper. I know her – and I know she does not believe in the tenets of the Sickness Cult, that death is in the air and that she would be contributing to it by not wearing a Diaper over her face. 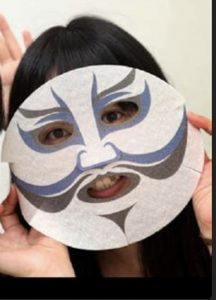 We have discussed it.

I was even more appalled – depressed – by the sight of her two young kids, also Diapered. When she and they approached me, the first thing out of my uncovered mouth was, directly – Why are you wearing that stupid thing?

And then I heard the words.

“To make other people feel better.”

I was blunt, since this woman is a friend of mine. “Who cares about their feelings,” I told her. “You are enabling a vicious, evil lie.” I urged her to stop wearing the symbol of that, to stop pretending that she is terrified of something she isn’t terrified of because “other people” are terrified of it.

I then eye-motioned to her two kids and said, “for their sake.”

We hugged and she departed. 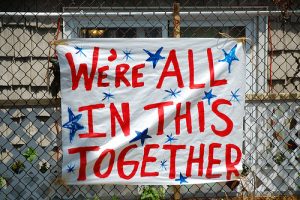 I felt sick for the rest of the day. Sick to the core of my spirit about the way good people like this woman, who is kind and generous to a fault, have had their compassion for others twisted to serve a purpose so evil it smolders with mephitic acridity: The perpetuation and inculcation of mass hysteria, for the purpose of mass control. The systematic destruction of people’s peace of mind, of children’s minds. The engineered crippling of the soul of an entire nation by creatures – like Pope Fauci XVII – so despicable it beggars descriptive power.

It’s one small ask – where a mask! 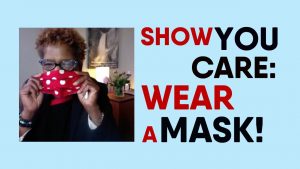 It’s not a small thing to pressure physically and psychologically healthy people to wear a “mask” over their faces. To make them feel bad for not wearing the disgusting thing. On account of how “other people feel.”

It is an outrageous affront to reality, first of all. And with it, an assault on human dignity. Pressuring a healthy person to wear a “mask” is no different than pressuring a continent person to wear a literal Diaper. To wear it is to assume the pose of incontinence. For a person who isn’t incontinent, this is a humiliation.

Which, of course, is part of the reason for the pressure to Face Diaper.

Everyone else is doing it.

Won’t you go along, for fellowship?

The words are Thomas Bolt’s from his play, A Man for All Seasons – spoken by the Duke of Norfolk to his refusenik friend, Thomas More. The reply is more or less the same, more elegantly said, than mine to the old friend I met at the store:

“And when we die, and you are sent to heaven for doing your conscience, and I am sent to hell for not doing mine, will you come with me, for fellowship?”