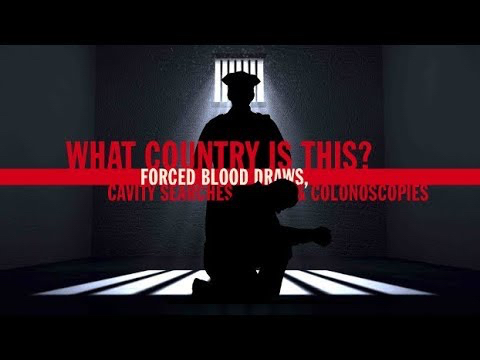 Presuming every driver who happens to be just driving is also “drunk” – until he proves he isn’t, at a probable cause-free Sobriety Checkpoint, as they are styled – is enough to make one not want to drive anymore, sober. But you’ll probably need a drink when you hear about what’s likely coming next.

Because of what’s already come.

Marijuana has been legalized – medically and recreationally – in states like California, Nevada, Oregon and Washington as well as the District of Criminals (soon to be another state, apparently). With others rapidly following –  not out of shame over the decade’s long persecution of “drug crime” (more precisely, the arbitrary persecution of the manufacture/sale/use of some “drugs,” arbitrarily defined) but rather because of the enormous tax profits to be reaped from arbitrarily legalizing some more drugs. Pot, in this case. 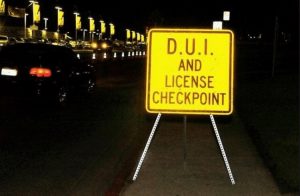 “Studies by the Insurance Institute for Highway Safety and the affiliated Highway Loss Data Institute showed increases in crash rates (associated) with the legalization of recreational marijuana . . .”

The same insurance industry-funded “study” (which you can trust as much for objectivity as “studies” of the effectiveness of “vaccines” funded by those with an interest in selling them) also says that smoking pot is associated with drinking more.

And that, together, is becoming (you knew i was coming) a public safety issue.

“Our latest research makes it clear that legalizing marijuana for recreational use does increase overall crash rates,” saith IIHS President David Harkey. “That’s obviously something policymakers and safety professionals will need to address as more states move to liberalize their (marijuana) laws.” While adding the caveat, “…even if the way marijuana affects crash risk for individual drivers remains uncertain.” 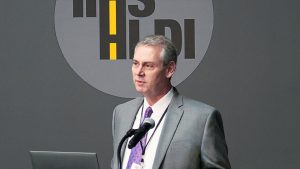 How will “safety professionals” – who are these people, cuing Seinfeld . . . and where did they get their sheepskins – “address” this non-specific problem?

Italics mine, to emphasize what will not be done. In favor of what will generally be done. As has already been done to every driver who happens to be driving on a road chosen to be a Fourth Amendment-Free Zone; i.e., a stretch of road at which the threat of murderous violence is used to compel every driver to halt (best said with German inflection) present his papers and prove that he is not “drunk” before he is allowed to resume driving.

The good news – such as it is – being that it is easy enough to disprove the presumption of drunkeness by the absence or dissipation (italics being important) of alcohol in one’s blood. As established – in general – via one’s breath.

As the saying goes, you either is – or you isn’t. 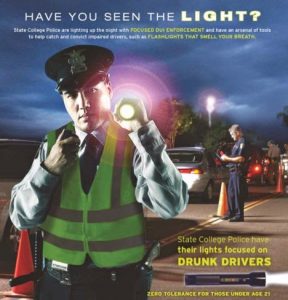 Is isn’t much anymore, of course – the legal threshold  defining “drunk” hardly qualifying for tipsy, even. If you are not of legal age to drink – but legally old enough to drive – you can be adjudicated “drunk” for driving with an open/empty container of alcohol inside the car (and no alcohol in you). If you are of legal age, it hardly takes much more. A number of states having reduced their legal definition of presumptive “drunk” driving to as little as .05 BAC (Blood Alcohol Content) and – important point – irrespective of your actual driving.

But at least there has to be some alcohol in your system in order to be convicted of “drunk” driving. And that is only possible if you’ve had something alcoholic to drink prior to (or while you are actually) driving. You cannot be found guilty of “drunk” driving because you drank some alcohol the day before you drive – because that alcohol will have dissipated from your system by the time you drive up to the Fourth Amendment Free Zone the next day.

There will be no alcohol to detect because there is no longer any alcohol left. 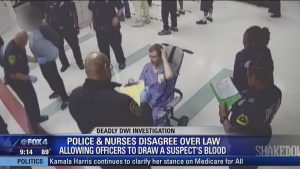 But traces of marijuana linger longer in the body, long after the high has dissipated. Reportedly, as long as a month after the last toke. You can be completely straight – in the old school meaning of the term – and still have detectable traces of the stuff in your blood.

Italicized to give you the creeps.

There is no breath test for DWH – Driving While High, including presumptive DWH. How will the generally presumed disprove that they are “high”?

Some states – Texas, for instance – have been doing this already. Forcibly extracting blood from presumed-to-be-drunk drivers unwilling to submit to a “voluntary” (italics to emphasize the laughability of anything one is forced to do at gunpoint being “voluntary”) to be used as evidence against themselves in a court of law, never mind the Fifth Amendment, which used to be the law. 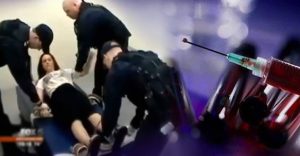 The precedent will inevitably be used – urged, by such as the IIHS – to justify the drawing of blood from those presumed to be high, who are unwilling to provide evidence that will be used against themselves and also just because they’d rather not be compelled to donate bodily fluids by the side of the road or even at a hospital, strapped down to a gurney.

And if they had a toke last week – or last month – they could very well find themselves convicted of DWH, too.

It makes one think twice about driving, not merely drinking (or toking) prior to driving. Which is – like so many things of a piece – the underlying reason for all of these things. If that were not the case, drivers would not be presumed “drunk” – or “high.” They would be let alone, to drive wherever they were headed – unmolested – absent some specific reason to suspect that they are unable to drive a car competently, as by evidence so indicating, such as wandering across lanes, erratic braking und so weiter . . . the reason for any impairment – if such is manifest – being incidental to the fact of impairment.

You either is – or you is not.

Not that it matters, anymore.