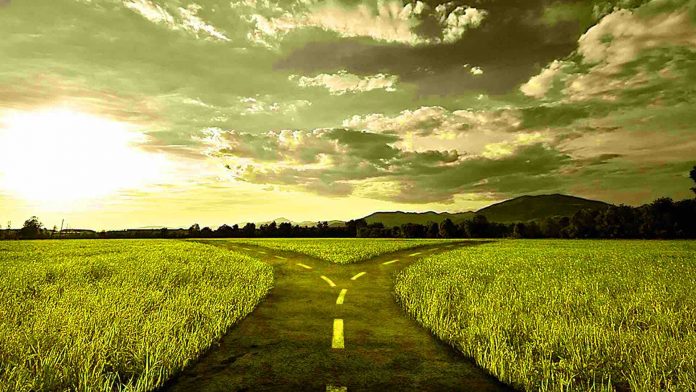 This weekend marks another 4th of July, the day marking the announcement by representatives of the American states that they were seceding from the British empire. It is impolitic to mention that fact nowadays.

It does not make it less a fact, of course.

Nor less sound, as an idea.

Secession is nothing more than parting ways – peacefully, ideally – from those who do not share your point of view. We secede in this manner, on an individual basis, in everyday life all the time. We hang out with, date and even marry people with whom we have common interests and goals. Because we like them – and because we want to.

If we do not have common interests or goals we usually agree to disagree and go our separate ways.

Is that not a guarantee of fractiousness? Who benefits from that? At best, you have a bully – and the bullied. At worst, you have legalized bullying in the form of this thing we commonly refer to as government – which is mechanism  of coercion by which people with dissonant likes, interests and aspirations are forced into association and punished for attempting to peacefully secede from.

Why this should be so – or rather, why this is so generally accepted – is a mystery, especially in view of the fact that almost no one in the civilized world still supports the idea of forcing people to get married to people they do not like much less love, nor to stay married if they longer like nor love another and are unable to recover the liking and loving that once impelled them to union.

There is something inhuman about forcing people to associate – whether it is as individuals or as members of a political community. 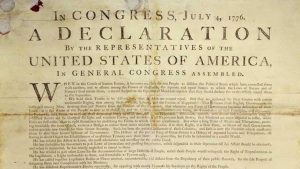 The American states – which they once were, plural and sovereign – once upon a time decided they no longer wished to freely associate with the state of Great Britain and attempted (successfully, after much bloodshed) to part ways with it; i.e., they seceded from it – after having to fight Great Britain, which made every effort to force the United States (plural) to remain within the bounds of what amounted to Unholy Matrimony, a marriage that one side no longer wished to be a party to.

This right to separate when interests are no longer congruent was once understood as such by Americans who spoke of Independence Day. Separation – when congruency was no longer possible – was taken by them as inalienable and given. It would have been considered outrageous to suggest that that the same states which declared their independence from Great Britain forfeited their right to declare their independence from Washington. 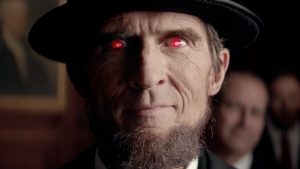 But that was before 1861-’65 and the subsequent historical amnesia, enforced at bayonet-point, over the dead bodies of more than half a million Americans, slaughtered in the name of “union” – Abraham Lincoln acting much the same as the arranged-marriage Mullah, shackling the unhappy couple together.

Many four scores later, we find ourselves acrimoniously united, shackled into a consolidated state of general unhappiness. The way to regain our happiness is the same today as it was all those many scores of years ago.

It is to secede.

If not yet politically, then personally. On an individual and neighborhood and local level. Choose to associate – and do business with – those who share your affinities, each reinforcing the other. Establish friendships with like-minded people and form networks of association and support. Withdraw from those that are not supportive, which do not advance your common interests and aspirations. 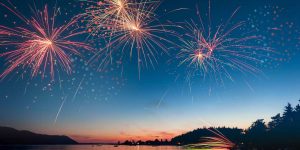 Remember, this Independence Day, that this form of secession not only preceded the political secession which followed, it was the necessary precedent for it. The men who formally announced the withdrawal of the American states from the British Empire in July of 1776 spent years prior talking of it among themselves, fleshing out the ideas and justifications. Explaining themselves to one another so that – when the right moment finally arrived – they were ready to explain it to the world, fully convinced of the justice of their cause but also able to defend it.

That is something worth remembering this Independence Day, so that perhaps one day hence, there will be a new day to celebrate.