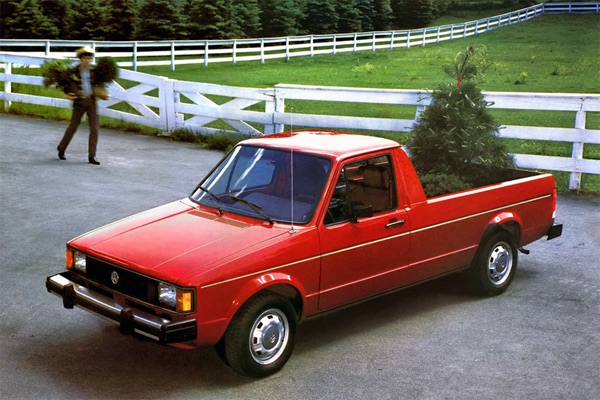 The mini-truck is back – it’s just not really a truck. And it’s not a new concept, either.

But that doesn’t mean it’s not a good idea.

Some less-than-spring-chickens will recall the Volkswagen Rabbit pickup that went on sale back in 1979. It was what its name suggests – a VW Rabbit (which was a car) with a bed (like a truck). It emulated the car-as-truck idea pioneered years earlier by the Chevy El Camino and the Ford Ranchero – though those two were based on big cars and the Rabbit was tiny. But the idea was basically the same: Make a car more like a truck for people who don’t want to drive a truck – especially a big truck – but need some truck-like attributes, chiefly the ability to truck a bunch of stuff around in the bed.

That idea is making a comeback. 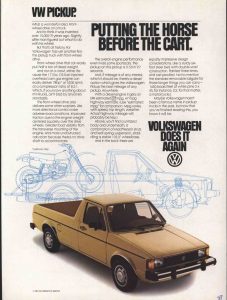 Hyundai just launched the Santa Cruz and Ford has the Maverick. Like the old VW Rabbit pickup, they look like small trucks but their layout is all car underneath.

They are mostly are front-wheel-drive and so are these two – and so was the old Rabbit pickup. But unlike the Rabbit pick-up, these two also offer AWD, which the Rabbit didn’t. Either way, it’s beside the point – which is that these kinds of vehicles fill a void left by the disappearance of small actually trucks, which no one makes anymore.

No one sells them here anymore.

Compact pick-ups are abundant practically everywhere else. In the United States, the smallest trucks you can get are models like the current Ford Ranger and Chevy Colorado and Nissan Frontier – all of which are nearly full-sized trucks, by the historical standards defining a full-sized truck. 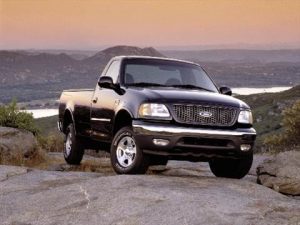 The trucks you can still buy are also very tall.

A new (nearly full-sized) Ranger stands 71.5 inches high; the old (compact) Ranger was just 66.2 inches high. The new F150 stands 77.2 inches high. The bed walls of the new trucks are also several inches higher than was formerly usual, compounding the height problem to such an extent that many new trucks literally come with step ladders built into the tailgate so as to make it feasible to get into the bed and to get things out of the bed, without resorting to a forklift. 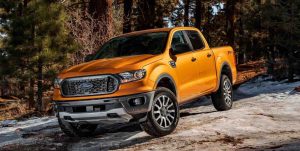 The long and short (and high) of it being that these trucks can be a bit much for some, who would otherwise be inclined to buy a truck – and used to buy them, when the more manageable ones were still available.

So why are they no longer available?

Why would Ford want to sell you an $18,600 Ranger – the base price of the 2011 model – when they can sell you a $24,820 Ranger (the base price of the 2021 Ranger). The other reason has to do with something called the Chicken Tax, an arcane piece of leftover tit-for-tat trade war tariffing from the ’60s that applies a heavy tax to imported small trucks – and most of the small trucks still made are made outside the United States. Bringing them into the United States would be expensive – or rather, reduce the profit margin relative to models made here, on account of the tax. 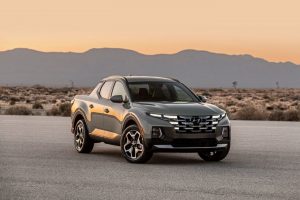 And so they aren’t sold here.

But that leaves people who like the idea of a smaller truck in the lurch. It’s a gap that new models like the Santa Cruz and Maverick are hoping to fill and likely will.

The Maverick has a base price of just $19,995 – which is significantly less, in inflation-adjusted fiat currency, than what Ford was asking for the 2011 Ranger, which was about the same size (and height). Hyundai hasn’t announced pricing yet for the 2022 Santa Cruze – but it should be in the same ballpark and both will be what small trucks used to be, in terms of being easy to deal with.

The only downside being they aren’t actually trucks and so haven’t got a truck’s ability to go off-roading (no 4WD, no two-speed transfer case or Low range gearing) and aren’t really designed to carry – or pull – heavy loads, like a truck.

But then, neither was the old Rabbit pick-up not-really-a-truck.

A good idea always works, no matter what you call it.

My eBook about car buying (new and used) is also available for your favorite price – free! Click here.  If that fails, email me at [email protected]ahoo.com and I will send you a copy directly!

Detroit’s Next Big Problem… And Japan’s, Too