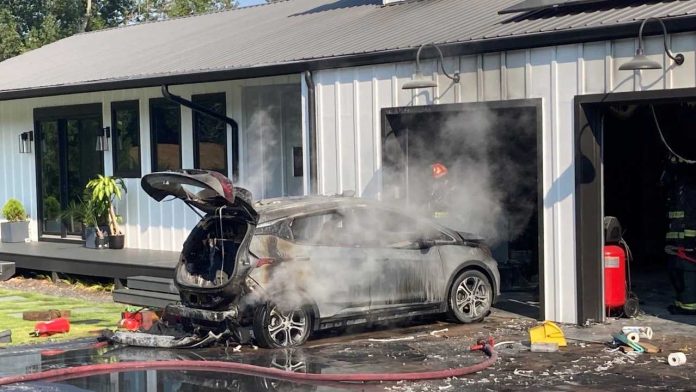 GM has just advised owners of the Chevy Bolt electric car to park the thing at least 50 feet away from other cars, so as to avoid burning them to cinders – along with the auto-igniting Bolt.

What’s fascinating about this isn’t the advisory. It is the complete lack of “action” – to use the word so favored by government and those who reverence government – by the government.

The dissonance is halting. 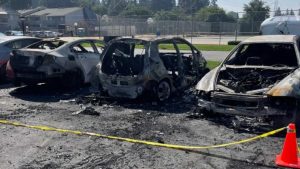 Until one realizes it’s not dissonant. It is consonant  with every action of government – which merely uses the pretext of “safety” to further the thing that defines government, that being the exercise of power.

It begins to make sense that the same government which issued fatwas and ukases requiring every vehicle be equipped with multiple air bags – in the name of safety – not only didn’t lift a finger to take cars with dangerously defective air bags off the road, it refused to grant permission to the owners of the cars to have these known-to-be-dangerous devices even temporarily disabled, until a non-defective replacement could be installed.

Because that would have given some power – over their own lives – back to people. It would have been an admission, of sorts, that government does not always know best. And that would undermine government power.

It is the same government that is all but shoving bayonets in the backs of children and young adults to submit to injections that are demonstrably, beyond-question dangerous – in the name of keeping them “safe” from a sickness that, for them, stands a 99.9-something chance of not killing them.

The same government that does nothing to take “driverless” cars off the road – even when they kill the people not driving (as well as other people who happen to be in the way).

Mind – as regards electric cars – that the fire problem is not an unknown problem. Hardly a week goes by without another one going up in smoke.

It is also not a confined problem.

It is not just Chevy Bolts – or Teslas – that catch fire. It is a built-in problem with electric cars as such – a function of the batteries EV use, which are subject to short-circuiting, especially during “fast” charging. But also just from the formation of spider web-like “dendrites” within the cells, or damage/deterioration of the lattice-like structure of the thousands of individual cells that comprise a single battery pack.

This is arguably a design defect. It is certainly more of a threat to the “safety” of the driving, car-buying public than the relative handful of Ford Pintos out of the millions made that caught fire when rear-ended. None of them had to be parked 50 feet away from other cars as the fire risk only existed when the cars were moving – not parked.

Ford was raked over the coals over the negligent/ignorant driving of another relative handful of people who owned and abused first-generation Explorer SUVs, as by driving them at high speed on underinflated and often worn-out tires. The Explorer, itself, wasn’t unsafe if driven with respect for its limitations; i.e., not like a Corvette. Millions were made and most didn’t rollover. And the relative handful that did posed a risk to their owners, only.

A parked Explorer would not roll over onto the car parked next to it.

But electric cars have caught other cars – and houses – on fire. They will continue to catch them – as well as themselves – on fire, too. At least, until they are no longer powered by fire-prone lithium batteries – and by some form of energy storage that can store (and receive) energy safely.

AGW Tazers Man for Insulting Him