An uneasy stasis has been achieved.

The people who cling to their Face Effacers continue to cling to them; those who hated them no longer wear them. The divisions are now gelled. What was once grey or blue is now Face-Effaced or not.

Neither is going to change the others’ mind. The Face Effacers (and Jabbed) consider us some combination of stupid-reckless. We consider the Face Effacers demented, fear-riddled loons. The Jabbed, stupid and reckless.

They regard us as a threat to their health. We know they are a threat to sanity, generally. But neither will convince the other. Accordingly, there are only two options.

One, that we find a way to live together – or at least, to live in the same country, together. We need not be friends. We need not attend the same events. The Face Effacers can have their events and friends – and we can have ours. 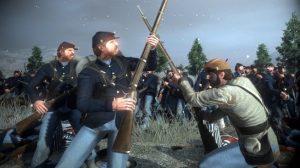 If the Face Effacers will abide that.

If we have discovered anything about America over the course of the past two years, it is that some Americans are my-way-or-the-highway types. Even when it is not their “highway,”  as in the cases of stores and other venues they don’t own but which they demand the owners thereof close (or close to the Unjabbed) to accommodate the Face Effaced Jabbers’ fear of getting sick. Even though no one is suggesting they be forced to walk through the door. In spite of the fact that there were and are other stores and venues whose owners would have (and will) accommodate their preference.

For my-way-or-the-highway types – almost all of whom are on the political Left – such accommodation is unthinkable.

Remember we are dealing with a faith here. A faith that cannot brook unbelief.

We see the metastasis of this faith in place such as New York City, where there are thousands of restaurants, stores, gyms and other such venues but which must all of them – per the order of the Leftists who control the city – not accommodate anyone who isn’t a Face Effacer or a Proof of Jab presenter. The Leftists who run that city will not abide even a single store whose owner wishes to accommodate the Unjabbed, the non-effaced. Into which the Jabbed and Effaced are not compelled to enter.

Because of the affront that non-belief represents to those of faith.

This can be expected to spread, for the same reason that the religion of Leftism always spreads. It is a doctrine conveyed by force. It brooks no choice. Communism is fine for those who wish to live under its thrall. Or rather, it is  fine if others wish to live that way.

The problem is that Communists are never content to allow others to live outside of its thrall. It is a faith that demands conversion – by the sword, if necessary.

It is always necessary. 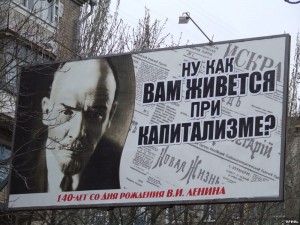 Chiefly because once people realize what it means to live under its thrall, many do not wish to continue living under it. Witness in this regard the mass exodus of people away from places such as New York City – once upon a time a place people seeking the freedom to  do their own thing flocked to – and toward places such as Florida, where the governor has affronted the Left by defending the right of the people to choose to efface their faces and to get Jabbed – or not – as they prefer.

This is intolerable to the Left – and they will not abide it.

Which brings us to the next – the inevitable – thing.

How do we separate ourselves from them? It is probably not enough to form our own separate networks of friends and commerce and community. It would be, if the tables were turned. We – the people – who choose not to efface our faces or roll up our sleeves could live in the same country with those who do. We would respect their right to be let alone, to close the doors of their stores to those they find disagreeable, to not hire them – and so on. 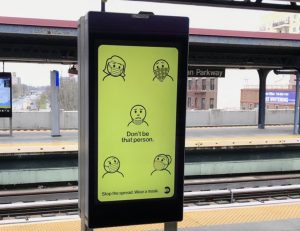 Provided they also respect our right to be let alone, among ourselves.

That formula was the one that made America work, once. It made it possible for people who held different views as regards religion and other personal choices to live peacefully together, even as next-door neighbors. The Catholicism of Jones presented no threat to the Protestantism of Smith. Each could practice their own faith, send their kids to schools of their own faith. As a result, their kids could play together – and Jones could wave to Smith as he walked down the driveway to get his mail.

The Old World’s fanatic insistence upon one-size-fits all was put aside by general consent as most people understood that live – and let live – is the only basis upon which people can live together without hating each other. Without tearing each other to pieces as each tries to defend his way of life while at the same time trying to impose his way of life on everyone else.

Americans of the Left are turning the New World into the Old World, with an even more rabid etiolation of the fanatic’s insistence that everyone must share their faith. One cannot live among such people. Their intolerance and cruelty will not allow it.

It will be us – or them – if we cannot find a way to get away from them. The latter is much to be preferred as it doesn’t entail violence, only a parting of the ways. Some agreement will of course have to be drawn up as regards which parts of the country will become a new country – and time will have to be allotted for a peaceful migration.

This, however, is not something the Left is likely to agree – for the same reason that it will not agree to let those who wish to efface their faces do so – and leave those be who do not wish to do so. And the same as regards the rolling up of the sleeve – and the opening and closing of doors.

Which brings us back full circle to what is probably inevitable – and for which the Left must shoulder all the opprobrium, having made it inevitable by leaving us no other choice.