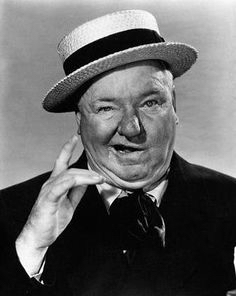 Two years ago – and ever since then – I have refused to efface my face. Not for anyone. Not to get anything.

I refused, because I understood then that submitting to this would lead to that – i.e., to the Jabs (now plural, a thing also inevitable once the Jab – singular – is accepted). For how do you say no when you have already said yes?

It is why the “masks” were mandated. They were always just a means to another end. The people behind this don’t care about “public health.” They care about enserfing the public and perhaps something far worse than that. By now this should be obvious. But some didn’t see it, at first – and wore the “mask.” Now comes the rest.

There is an old story/joke about this that’s more like a bit of wisdom, conveyed in a humorous way but which purveys a serious point.

Winston Churchill – maybe it was W.C. Fields –  supposedly offered a woman a large sum of money if she would agree to sleep with him. She agreed. He then offered a much smaller sum in return for the same favors. She drew herself up indignantly and guffed out, “what kind of woman do you think I am”?

If you agreed to wear the “mask” over your face you already agreed to pay the price – of being Jabbed. Not just the once and not just for this. For how can you refuse the next Jab – it is now going to be four jabs – they insist you must have, having accepted the first Jab?

Which you are now being pressured to take because you gave in to the “mask.”

Having worn it, you gave up any principled ground to object to it – and to what follows. You agree that there is such a danger afoot that everyone must be presumed a “spreader” of sickness, no matter how actually healthy – and treated accordingly.

Now comes the next treatment. Which you’re already agreed to take. After all, you agreed it was necessary to wear a “mask” – and to stay home and then six feet apart. If those acts of kabuki are justified then how do you justify not rolling up your sleeve?

And now we’re all paying the price.

It is well – and very good – that lots of people are refusing the Jab(s) even if costs them their jobs. It is just a shame – it is tragic – that it took this long for them to summon the will to resist.

Because of what that is going to cost.

Probably because they could not see what failing to do so would cost. Many thought it was “just” a “mask” and no big deal. A temporary indignity-stupidity, like having to spread your legs at the airport and allow a government cretin to touch what no one else is supposed to touch – unless the one touched wants it touched, usually in the bedroom.

But – sigh – we do what we have to do. I want to fly to Disneyland. And – after all – you can take the stupid “mask” off once you get your groceries or get off the airplane.

Expedience – and cowardice got us where we are. Courage – even if summoned belatedly – will get us out.

Never put on a “mask” again. Not to shop – not for work. It is time to end this farce.

Under no circumstances submit to being Jabbed (unless you wish to be to Jabbed; it should never be forbidden to sell yourself out, if that’s the price you want to pay). Stand firm and forthrightly state that – no, I will not abide this.

As you should have stood firm when they demanded you “mask.”

It may well cost you a job, which is no small price to pay. But it will not have cost you your health, which is priceless – or your self-respect, arguably even more so.

Even if you didn’t the last time.

The Sneeze Police . . . and Worse to Come