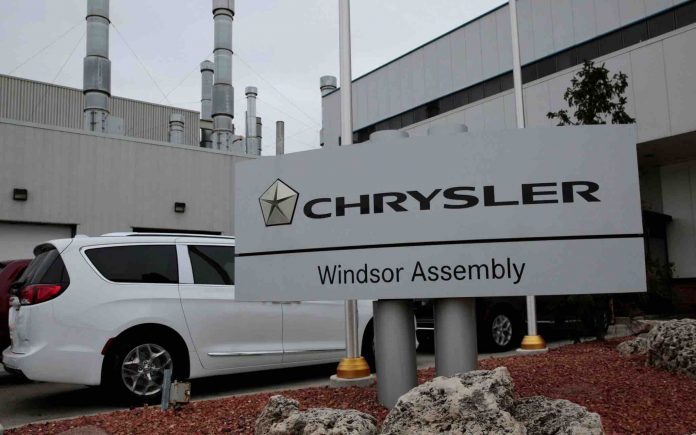 British Air Marshall Sir Arthur “Bomber” Harris – who commanded the Royal Air Forces’ Bomber Command during the 1940s – was criticized for his tactics, which included the “area bombing” of German cities, including (most infamously) Dresden, which wasn’t a military target, per se. Tens of thousands of people died in these raids, the bulk of them civilians. Women and children. Old people.

When asked about this later, Harris was unapologetic. He reportedly said that the Germans sowed the wind – and reaped the whirlwind.

Something similar, if on a smaller scale, may have just happened at the minivan plant in Windsor, Ontario – where the Chrysler Pacifica minivan is assembled. Someone – apparently, an ordinary worker – placed a bomb within that subsequently detonated.

No one was harmed.

But someone was angry enough to make the attempt.

Perhaps because that person had been threatened with harm. 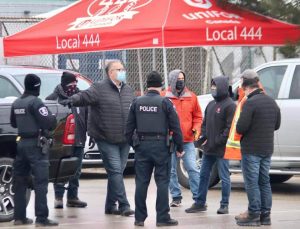 Stellantis – the automotive combine which owns the Chrysler brand as well as the Dodge/Jeep/Ram brands (among other brands) has decreed that employees must roll up their sleeves in order to be allowed to continue working.

Ford recently did the same.

Many workers object to being forced to take drugs, on principle. If an employer can require an employee to take this drug, what is to prevent the employer from requiring that employees take other drugs?

There is also the understandable worry that whatever’s in those needles will cause them harm.

It is a reasonable fear – given that others have already been harmed. This is indisputable. The numbers and percentages can be argued about. What is inarguable is that people have been harmed. People who were healthy are now sick.

Some of them are dead. 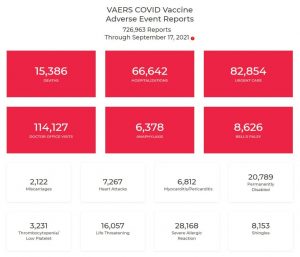 Do you like playing Russian Roulette? How about being forced to play it, Deer Hunter-style?

Does it matter whether there is just one bullet in the chamber? Would you play – willingly – if you could pick from a table of revolvers, knowing only one of them had a round chambered?

To ask is to answer.

There is also the compounding problem that any harms caused are the sole and exclusive problem of the employee. If the drugs being pushed result in myocarditis or pericarditis or potentially lethal blood clotting, miscarriages, fertility problems, Bell’s Palsy – anything at all – the full weight and cost will be born by the harmed employee. Neither the drug manufacturers nor the corporations pushing the drugs are in any way obligated, legally, to make restitution. 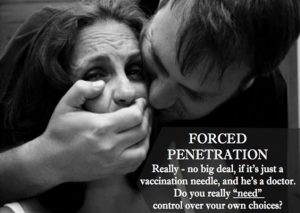 It ought not to be a surprise, accordingly, that people placed in this position are getting hot under the color. Hot enough, in the Windsor case, to do something more than just quit.

That’s the “choice” offered up by the drug pushers: Surrender your judgment. Surrender your body. Assume all risks, just because we say. Take known-to-be-dangerous drugs that could cost you your life.

Or accept the cost of the loss of your job. Which could cost your home, your ability to provide for yourself and your family.

This is dangerous. Far more so than a “virus” which has a 99.8-something percent recovery rate for most people.

Is this what reasonable people of goodwill and good faith want to happen?

The worker who placed the bomb within the Windsor plant was probably just an ordinary man – it was almost certainly a man, as men tend to fight with more than just words when they feel their backs are up against a wall – who decided to do something.

That is to say, do something back.

Accepting the loss of his job as the price of his life wasn’t it.

This isn’t to justify what he did. Rather, to understand it – ideally, before things get out of hand. 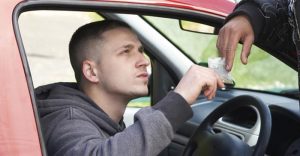 What else was this man supposed to do – from his point of view? Just take it? Come home to his family and inform them that with winter coming, they might soon be living in the streets? Keeping in mind that it’s not just the Windsor plant that is pushing drugs. A worker who is out of work because he would not be pushed to take the drugs – and the risks – here faces serial unemployment there.

Aside: It’s interesting to reflect upon the fact that most non-government/non-corporate “drug pushers” don’t actually push drugs. They offer them. There are few – are there any? – cases of such drug sellers forcing others to take their drugs. Only the government – and corporations – do that.

If this pushing isn’t pushed back, it may well become impossible to find work if you refuse to accept the risks.

This will cause good people to do bad things. They are not bad people. They are people being . . . pushed.

One man just pushed back, in the only way he thought might register with the entity he regards – with cause – as having started it.

Sow the wind. Reap the whirlwind.

Apparently, people who don’t care about the firestorm they’re playing with. People who may think they’ll profit from it.

They may just get burned, very badly, as a result of it.