This Diaper Report is personal – and anecdotal – but from what I have been able to gather and based on what I and people close to me seem to be experiencing – there may well be something going around.

But it’s not the ‘Rona, moronicon or otherwise.

I’ve not been sick – in terms of coughs, sniffles or worse – throughout this sickness. Neither has my girlfriend. Neither have friends of ours, all of us never having “practiced” any of the aberrant rituals associated with the Cult of Sickness Abiding. We don’t wear the Face Diaper. We haven’t locked ourselves away in the basement, to hide from the putative plague.

But over the past six or so months – interestingly coincident with the “spread” of the “vaccines” – all of us have experienced an unusual feeling intermittently “off.”

A kind of vague,low-grade vertigo, a sense of “lag,” if that makes any sense. Nothing incapacitating or remotely close to being so.

And it came just recently – over the past several months. Never before, at the height of the cases! the cases! back in the summer of 2020 (it seems like much longer ago than that because it feels as though this weaponization of hypochondria has been going on forever) did any of us feel “off.” 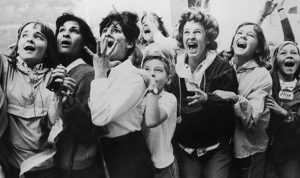 Initially, I thought it was just me – and maybe due to my own strange practices, which include rising in the middle of the night to work while drinking at least a pot of coffee before I eat anything. But then others in my circle began to report feeling similarly, intermittently. And these feelings seemed to come – and go – according to how close and how long one stayed within proximity of “vaccinated” people.

It may all be in my head. But all of our heads? The same off feeling of “offness,” intermittently? Evidence accumulates it may not be in our heads. Certainly, it is possible I and others in my circle are collectively feeling fatigued – the result of having to deal with the Cult of Sickness Abiding. It wears on one, the constant – the daily – having to see the Face Diapered zombies, an external world gone insane. It tends to drive one insane. How long can one live in an insane asylum without becoming an inmate in more than just the bodily sense?

And yet, it’s very strange. 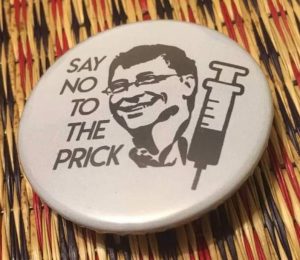 Never before in my life have I felt intermittently “off” like this.

Some believe these feelings are caused by what is styled shedding by the “vaccinated” – of some toxic thing, which gets picked up by the not-“vaccinated,” via inhalation or touch. Supposedly, work has been done on developing “vaccines” that can be transmitted – without being “vaccinated,” in the traditional way. Apparently, this shedding has been admitted to – by the drug makers (and pushers) themselves.

Physical proximity seems to be the key.

The crazy thing, in these crazy times, is that if this is true then we – the not-“vaccinated” – have good reason to lock ourselves down, to anti-socially distance ourselves from those who have been “vaccinated.” 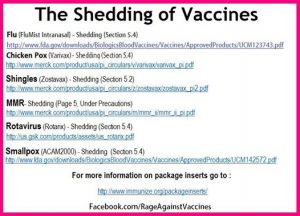 The very thing the people terrified of getting sick accused the healthy of being the source waters of could now be the thing the sick are spreading to the healthy.

The wearying thing is, we’re all on our own as there is no sound way to know – or rather, to know whom to trust – because practically everything emanating from what were in former times more-or-less reliable sources of reasonably accurate information is now outright disinformation. Going to see the doctor-who-does-not-practice medicine to get medical advice is like going to Lehman Brothers for financial advice.

You’re a sucker if you do – but where does that leave you? 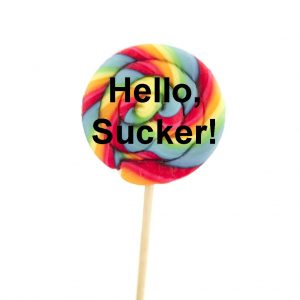 The entire medical apparat has been corrupted by money, politics and corporatization – all of them etiolations of the same basic thing.

Once upon a time, doctors practiced medicine and the money they earned was an incidental part of their practice. My allergist grandfather and general practitioner father were under no pressure from a centralized “health” apparat as far as how they ministered to their patients. What occurred within the exam room – which was a room in their homes, where their practices were located – was between patient and doctor. There were no government-health-maintenance-organization-corporation middle men.

Drugs were not sold on TV. Most people – not counting Elvis – weren’t taking prescription drugs. There were no “drug reps” peddling drugs to doctors to peddle to their patients.

Doctors could afford to practice without bending knee to the companies that made these drugs and who today send reps to buy doctors with lunches and drinks at fancy restaurants.

They had a nurse-receptionist, perhaps. Not a whole office full of DMV-clone health insurance paper-pushers. There was a semblance, at least, of public-interest oversight at the federal level, if only by dint of the fact that, pre HMO (thanks, Tricky Dick) the federal government was a remote presence in the examination room. Medicine was in those days practiced mostly by doctors rather than politicians and “health care” bureaucrats such as the doctor-who-has-never-practiced medicine. 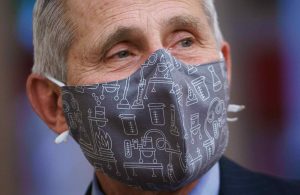 The medicinal hard-sell was all-but-unknown, in part because it was a more humane era and also, perhaps, because there was no power to  vivify it, as now abounds. You could, accordingly, more or less trust what you were told – as opposed to being told what you’ll do.

Now, we’re very much on our own – in terms of more than just our health. We are obliged to ferret out the truth, ourselves – and act accordingly. Trust what you know and do not trust just because someone says so. Particularly someone who has a vested interest that runs contrary to your own.