A good friend of mine is a nurse who works at the VA – the hospital for sick veterans. He is throughly disgusted with what goes on within, especially the heavy pressure being applied to get him to roll up his sleeve – for the sake of the heavies within. And at the behest of doctors – and a medical-pharmaceutical apparat – that feeds these heavies the very things that made them sick in the first place.

And thereby feeds off of them.

He tells me of refrigerators stocked with ice cream and soda. That such food is knowingly given to morbidly obese diabetics nurses (not him) and ok’d by doctors. Also chips and anything else these sick patients desire – in the quantity desired. He tells me of being chastened by doctors after raising questions about this; of being unsupported when he tried to explain to his obese patients the correlation between what – and how much – they eat and their sickness. 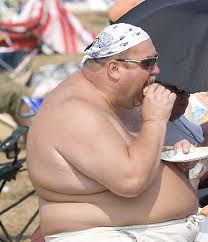 Just give them what they want is the order of the day at the VA.

But he is supposed to roll up his sleeve – to “keep them safe,” from a secondary sickness that would threaten them little if at all – at the potential cost of his health, which is very good because he is not obese. Which he’s not because he works out regularly and does not eat excessive quantities of the foods that tend to result in obesity.

He is to be put at risk for the sake of people who put themselves at risk.

This is as fascinating as it is infuriating – and we can see it practically everywhere. Especially where Sickness Psychosis abounds and Kabuki is practiced. Is ordered. As in Illinois, for instance – where the obese governor-gesundheitsfuhrer has just decreed that healthy people must – once again – don the medically useless “mask” so as to make the heavies feel safe. It is the heavies, more than any other category of humanity, who are getting seriously sick – chiefly because they are chronically sick. 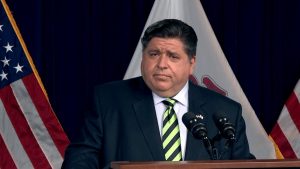 Obesity being a kind of chronic and fundamental sickness, one closely correlated with a roster of other, secondary sicknesses – including diabetes, hypertension and emphysema, all of which make the sufferer more likely to not only catch cold – any cold – but for that cold to elaborate into a serious, often fatal sickness.

Something on the order of two-thirds of the people who’ve died of ‘Rona can fairly be said to have died from complications related to obesity. If you aren’t obese, you face a very small risk of dying from the ‘Rona or any of its supposed “variants.”

Yet little is done to “stop the spread” – around the middle.

This is “the science”- or rather, the fact. But “the science” refuses to deal honestly with the fact that this sickness is overwhelmingly a problem for the unhealthy – who, by any moral standard, have the primary obligation to care for themselves first. As opposed to insisting that others be forced to endure endless restrictions and assume risks to themselves, for their sake. 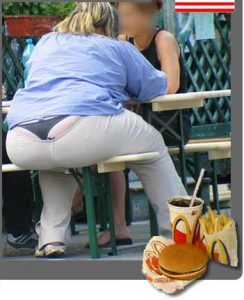 Why no gaslighting of the heavy?

A person has every right to eat whatever they like. To sit on the couch all weekend long, if they like. But do they have the right to blame – and punish – others for the harms they have done to themselves? To make others pay for the consequences of their choices?

We hear this argument all the time – disingenuously deployed against those who refuse to “mask” or get Jabbed. But they are not the ones getting sick and so not spreading sickness.

My friend is a very fit guy in his mid-40s. He needs a “vaccination” like Elvis needed more charisma. Why should he be pressured to put his health at risk – by rolling up his sleeve -for the sake of people who can’t be bothered to stop eating?

Why should anyone who is healthy and conscientious about their health be so obliged?

Why should anyone feel anything other than resentment for being so pressured? 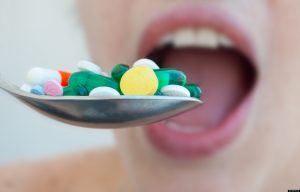 Yet that is precisely the opposite of what’s occurring. Healthy people who aren’t at risk, who express resentment over being expected to perform various strange rites such as the wearing of a “mask” over their faces and who are adamant about not taking known serious and possibly catastrophic unknown long-term risks by submitting to an injection of highly suspect medicine that doesn’t even keep the fatties from getting sick are told they are “selfish” and the takers-away of other people’s freedoms.

To eat too much. To not take care of their health.

If only everyone would submit to the Jab, all would be well again. This in the face of the galling (because simply ignored) fact that the “vaccines” work about as well as a cement lifejacket; of a piece with the fact that there is no evidence whatsoever that “masks” stop the spread of anything other than sanity.

Instead, keep on feeding – and Jabbing – the obese. Get everyone on the Big Pharma bandwagon, for the sake of making the heavies feel better. And making Big Pharma rich and government all-powerful – via sickness manufactured by them and used by them to keep people afraid, sick – and paying.

The Unintended Consequences of ASS