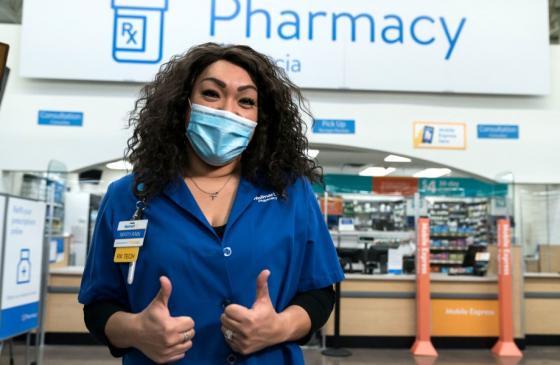 It is very hard to even try to have a conversation about “vaccines” – unless it’s with someone who already agrees with your point-of-view.

Which no one seems to know is exactly how many.

There is no debating these two opposing points-of-view because each feels certain of theirs and derisive of the others’ point-of-view.

Perhaps a sound footing for discussion is a simple question that has nothing to do with “vaccines” or “the virus” at all:

Why should anyone trust anything the pharmaceutical companies have to say – about anything?

There are at least two very sound reasons for answering that question with a sturdy – Hell no; I don’t trust them.

The first is their long record of being haltingly untrustworthy. They have lied about their drugs, pushed their drugs in ways both unethical and criminal. They have been caught red-handed doing this, repeatedly. From Olestra to Vioxx to Fentanyl – going all the way back to Thalidomide, for those old enough to recall. All of these – and more – were peddled as “safe and effective” by companies that knew they were neither. 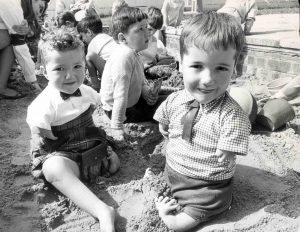 To not be “hesitant” to trust a company (an industry) that has established its untrustworthiness so incontrovertibly would be indicative of very poor judgment indeed.

Would you take your pet back to the same vet who treated your last pet with drugs you later found out the vet knew were dangerous? Would you buy another used car from a dealership who sold you a used car they knew had accident damage but covered it up?

What prudent person would just trust their health – the health of their children – to pharmaceutical cartels who have done far worse, serially, than sell a crappy used car to someone?

The next question is related – and the answer is telling, as well. 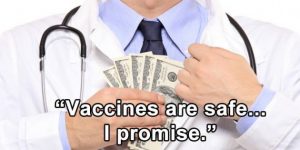 If those who insist we have nothing to worry about from these “vaccines” – and so much to gain by taking them, no questions asked  . . . if they truly believe this – or rather, want for us to believe it – then why not have the pharmaceutical companies that make them back them? Is it unreasonable to be wary of anything that is sold without some kind of warranty as to its basic soundness and safety?

It is not legal to sell a blender without such assurances – and if the blender-maker sells a unit that injures the person who bought it as a result of defective design, the person injured has legal standing to sue the blender-maker for just compensation. There may even be criminal penalties in store for the blender’s maker if it can be proved that the company knew the blender would injure people but put it on the market anyhow.

And – unlike these “vaccines” – no one is under any pressure to buy a blender. 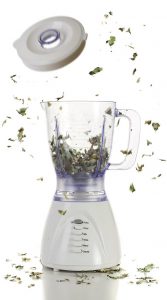 Can any fair-minded person explain why the same standard of liability does not apply to drugs that people are being heavily pressured to take? Would it not ease the “hesitancy” of those who are suspicious about what the effects of these drugs might be to reassure them that if, in the unlikely event they are harmed by the drugs they’re being pressured to take they will have legal recourse for themselves as well as their families?

Especially in view of the way these drugs are being all-but-forced on people. An argument can be made that a person has every right to waive liability for himself. But when the element of duress is involved, liability arguably becomes a right. It is extremely difficult to understand how any reasonable, fair-minded person could insist that another person be expected to take a drug they’re leery – with reason – of taking that clearly entails risks and absolve the company that made the drug from any liability for harms caused the person as a result of their being pushed to take the drugs. 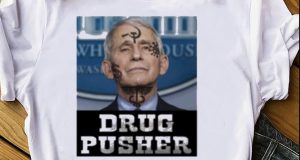 In this scenario, people are being expected to accept the role of guinea pigs in a non-consensual medical experiment.

Liability would not eliminate the ugly coercive nature of this business but it would at least provide some incentive to not carelessly use people as guinea pigs. To not treat them as disposable test subjects. There would be an incentive to make sure – as sure as possible – that the people being guinea-pigged weren’t being harmed in the process. The same incentive that causes blender-makers to be more careful about the design of the blenders they sell and the quality control used to make them.

That would go a long way toward making the guinea-pigged feel somewhat better about it.

The final question also has to do with the question of incentives. The financial incentives the pharmaceutical companies have to push their drugs – an incentive magnified by the exemption from liability they’ve managed to secure. When we had an operational press in this country, there would be investigations into who was making money from what – especially when the who was able to push the what. 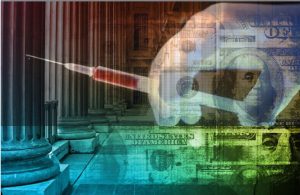 How can any reasonable person not ask questions about the motives of the pharmaceutical companies when it is undeniable that they stand to make – have already made – billions from the drugs they have been able to push on people? People who have less recourse in the event they are harmed than the person who freely bought a blender is entitled to under the law?

When the people who think everyone should line up for what is always styled “their” shots can answer these questions, then maybe we’ll think about it.