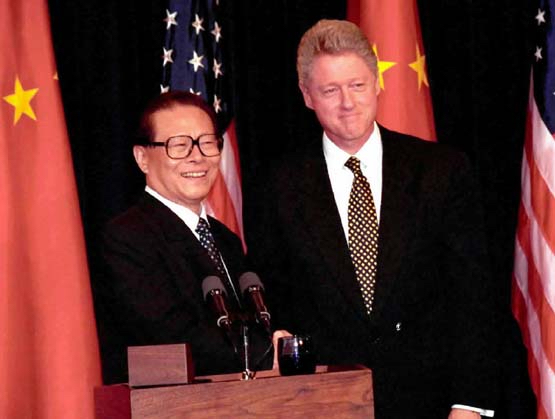 There’s an old joke you may have heard about tools made in (say it like Trump)  . . . China. It says “drop forged” on the box it came in. Yup some dude in China dropped it, near the forge.

If you have ever bought such drop-forged tools you will already know the real-world punchline.

The poor quality of these tools being no joke. But the temptation to buy them because the price seems so good is often hard to resist.

I needed a chain riveting tool to finish some pre-spring rebopping of my Kawasaki ZRX1200, which included a new chain and sprockets. Installing the new chain entails riveting the links to together. A special tool set is needed for this. First to push the pins through the securing link plate and then to rivet the pins, so that the link remains secure at 170 MPH.

The tool looks kind of like a U-clamp, which forms the main part of the assembly. A screw-it-in fitting threads into the main body of the clamp and applies pressure to the pins, to force them through the link. You then ins 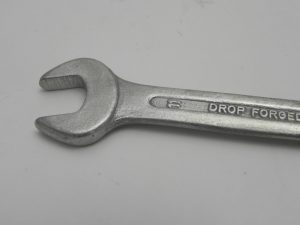 ert a riveting attachment into this threaded fitting and use this to press out the sides of the pins, riveting the link securely in place.

Assuming, of course that the threads in the U-clamp section of the tool aren’t stripped or easily stripped, being made of what as well be papier mache…

A soon as I tried to turn the fitting into the U clamp, the threads gave way. This piece of pot-metal garbage didn’t even have the strength to undo a bicycle chain. That’s what I get for thinking $20 would buy me a tool that was stout enough to do the job on a 530 motorcycle chain.

So I went back to the forge – well, eBay – and took a roll on a new tool but one that also came from China, which is where practically all tools seem to be made these days. This set was better but usable only because I had spare parts from the drop-forged set. Though I paid for brand new, the set I was sent had been mangled by someone in China. The riveting rod had been placed inside the hollow screw-in fitting that attaches to the main U-shaped clamp, along with the spring that is supposed to provide some resistance. Someone had jammed both into the fitting, god knows how – or why. Part of the mangled spring was visible at the top end. This was beyond drop-forged. 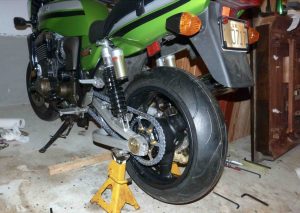 The riveting attachment and spring were jammed in the tool such that they were practically fused together. A mangled part of the spring could be seen protruding from one end; it took a punch and a ball peen hammer to get separate them from the section of the tool they’d been embedded into. But now I had a ruined spring – and a useless riveting tool.

But hey, good news! I still had the spring from the other useless riveting tool. I realized that by combining the usable parts from both set of tools, I might just have one useable tool set. 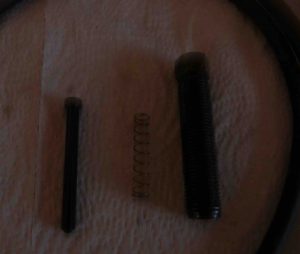 I was able to secure my bike’s chain.

There are two lessons to be gleaned, one for me – one for all of us.

The first being I should have known better than to cheap-out and buy the cheapest drop-forged tool available on eBay. When you buy cheap tools you usually get cheap tools. Often as not, you will end up having to buy new tools to replace the cheap tools you already bought. This is not the hot ticket for saving money – or aggravation. Resist the temptation to think you’ll be saving money by buying a cheap tool on the theory that you’ll only need to use it occasionally – because it may be useless, entirely.

Spending more to get a higher quality tool will usually get a tool that works and which will last. Ideally, for as long as you own it.

And after that, someone else will hopefully get use out of it. 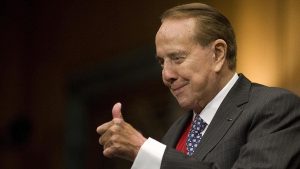 The other lesson is one we’ve all had to learn. One that Ross Perot tried to tell us about.

Tools, generally, are of poorer quality now than they once were – before they were all (almost all) made in . . . China.

We were sold a bill of goods by politicians such as Bill Clinton, George Bush and Bob Dooooooole, who helped secure and assure Most Favored Nation (MFN) trading status for the Chinese regime back in the ’90s. Actually, for the American corporations that owned politicians like Clinton, Bush and Dooooooooole. Who were employed to enable the offshoring of the manufacturing of tools – and eventually, everything else – to China, where everything is drop-forged.

Perot tried to warn Americans about the bag full of cats (in lieu of rabbits) being sold to them on the notion that this would result in cheaper products. Which it did. Literally. We paid less – and got it. Even name-brand American tools that used to be lifetime tools became drop-forged tools, now being mostly made in . . . China.

But the corporations got more in the process. While American workers got less – in the way of jobs and salary.

And now we’re stuck paying twice, sometimes, to get one viable tool.

The Orange Man – for all his many flaws – at least tried to do something about it. Which is why it’s such a shame he did nothing to stop them from doing something about him.