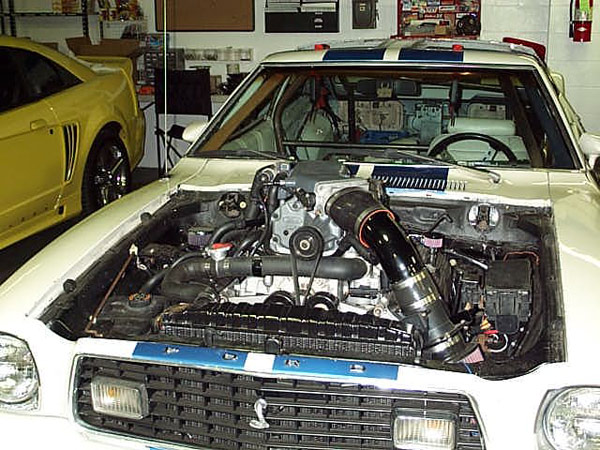 It’s easy enough to make fun of the performance-plucked cars of the mid-late ’70s, some of which – including this writer’s ’76 Pontiac Trans-Am – came with huge V8 engines that, when new, made about the same or even less power than many modern four cylinder engines do  . . . while using twice as much gas.

But it was also easy to double the horsepower.

This was a function of what you might call modularity – which was a function of commonality. The engine that Pontiac installed in my car when it was new wasn’t much – but it was closely related to engines that were. Specifically, to engines that had been made before. Prior to the gimping of engines by the government. The first real efforts toward that end having begun in the early 1970s – under a “conservative” Republican president, it is well worth recalling. It was not “liberal” Democrat Lyndon Johnson who signed the EPA into existence, endowing a federal bureaucracy with unprecedented power to regulate how cars – how engines in cars – would be made henceforth. 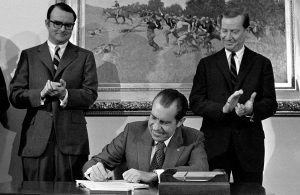 It was Richard “Tricky Dick” Nixon, who more than earned his names, as he was both.

Anyhow, the EPA got down to business quickly. Before the Dick was out of the House, the writing was on the wall – because the regulations had been committed to paper. By 1974, only a small handful of American performance cars remained and by 1975 – the first year almost all new cars came with a single catalytic converter, in order to comply with EPA regulations – they were all gone, in fact if not in form.

This includes my ’76 Trans-Am.

Though it came standard with a V8 that was bigger than any modern V8, it also came with embarrassingly little power. Its top powerplant – if that’s the right word – was a 7.5 liter (in modern metric-speak) V8 that managed all of 200 horsepower. And that was a big number back in 1976, thanks to Nixon and his EPA. The same-year Corvette offered a truly pathetic (for a 5.7 liter V8) 180 horsepower. You had to pay extra to get more and even then, all you got was 210. The Camaro Z28 had been cancelled after 1974, mercifully, to avoid embarrassing itself. The Ford Mustang limped along with a gelded, 134 horsepower 5.0 (302 cubic inch) V8 that did just that. 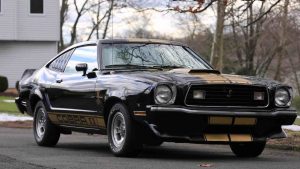 But – and the italics are important – all of these engines shared ancestry with pre-Nixon engines and could easily be updated to pre-Nixon condition by replacing some of the new with some of the older. For example, the fuel systems – which in those days were purely mechanical (consisting of an intake manifold and carburetor) without any computer controlling anything – could be easily swapped. The Mustang II’s V8 was throttled, in part, by its two barrel carburetor – which restricted how much fuel could flow into the engine. My ’76 Trans-Am was corked up – as most cars of the time were – by an extremely restrictive single exhaust system that piped into one catalytic converter. 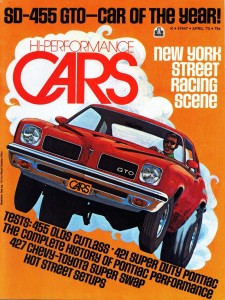 The Mustang’s factory two-barrel intake and carbed could be removed in about an hour and replaced in another hour with an earlier Mustang’s four barrel intake manifold and carburetor – which doubled the airflow (and fuel flow) capacity.

A few turns of the wrench excised the cast iron exhaust manifolds that the factory fitted to my Trans-Am’s V8. Tubular headers opened things up. Dual exhausts – one pipe for each bank of the V8’s cylinders – and sans the cats – let the engine breathe again.

Almost any part that physically fit an older car of the same general type would work. This included entire engines. Entire drivetrains. For example, a 302 from a 1966 Mustang – that made twice the ’76 Mustang’s 134 horsepower – would bolt right up in a ’76 Mustang and everything would work perfectly because there was no issue with compatibility – since there was no computer that paired the engine to the car.

You could retrofit a manual transmission from an older to a newer car – or the reverse, as I did to my ’76 Trans-Am a few years back.

One of the things about the non-performance cars – as they came – of the mid-late ’70s was that they still had the same or even worse thirst for gas as the pre-Nixon performance cars they were related to, because they still (many of them) came with big engines. But because these engines didn’t make big power (as they came) you had to work them to get any performance out of them. They also still came with three and four speed transmissions without overdrive gears.

This, too, could be easily wrench-remedied. I replaced my Trans-Am’s original transmission with one made for a much newer car made in the ’80s, by which time overdrive transmissions were common. It physically fit – and so it works. No worries about electronic compatibility, because my car hasn’t got a computer.

The Modularity Era ended when new cars became computers. This happened gradually, over a period of about 20 years – beginning in the early 1980s and fully completed by the early 2000s. After which time, cars were no longer modular. They are now integrated systems, with every part specific to that particular car and wired to the whole. It is no longer possible to replace a new part with an old part – much less a different part – even if it physically fits – because it won’t not work.

The computer doesn’t recognize it. The software will not allow it.

The upside is that modern performance cars come with more performance than the highest-performance cars of the performance-plucked ’70s. The downside is they are largely unaffordable if you’re young and the used examples the young can perhaps afford are not wrenchable. No doubt this at least partially accounts for the waning interest among the young for performance cars, which they either cannot afford or cannot work on. 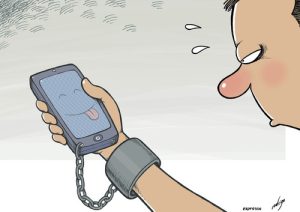 What kept the fire alive for so many years after Nixon was gone was that they could. An old Trans-Am like mine, bought when I was young in the ’90s, was easily made into a performance car. There were legions of such old cars still available – and still very affordable – in the ’80s and ’90s.

Now, of course, they’re not.

And the new stuff isn’t, either.

That’s why it’s mostly incipient geezers like me who are still into performance cars, whether old or new. The youf tap dey sail fawns.

Sic gloria transit, modularity – and all that it made possible.

The Syclone That Came… And Went