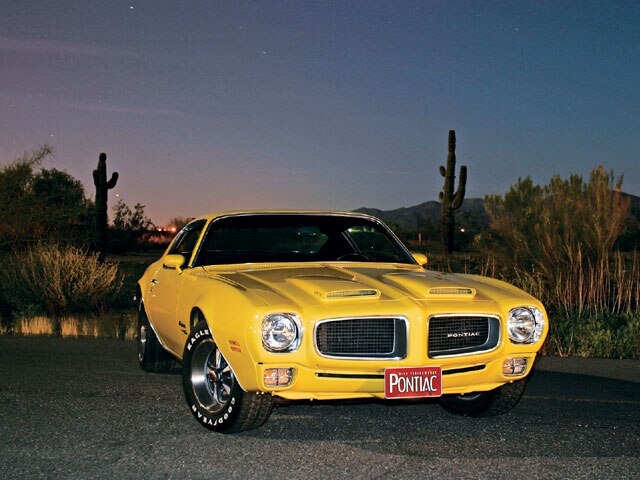 Car freaks know all about decontented cars. These were cars shorn of options that added weight – and expense – and which decreased performance. You didn’t just skip optional equipment; you delete-optioned what otherwise came standard.

My friend Jack owns such a decontented car. It is a 1970 Firebird Formula 400. This car is a 1970 Trans-Am disguised as a base model Firebird, shorn of everything you got (and paid more for) in a Trans-Am, except for the one thing.

Jack’s ‘bird has the same 335 horsepower Ram Air III 400 V8 that came standard in the Trans-Am. And that is pretty much all it has. No rear ducktail spoiler. No chin skirts. No air vents in the fender. Not even the famous three-spoke Formula steering wheel – which cost extra in the Formula. 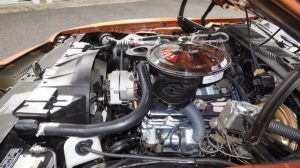 It does not even have the Trans-Am’s four speed  manual transmission. It has a three speed manual transmission. One does not need fourth gear to run the quarter mile, you see – and that was what this car was decontented to do. It is why it does not have AC or power anything. No gauges (standard in the ’70 Trans-Am) but rather the same array of idiot lights that you got in the cheapest version of the Firebird.

Shift by ear, instead.

It doesn’t even have 15 inch wheels – also part of the standard equipment that came with the Trans-Am. Jack’s car was ordered with 14 inch wheels and the lowest-cost dog dish hubcaps that were available with a Firebird.

But, it is quicker than a RA III Trans-Am – because it is significantly lighter than a ’70 Trans-Am, which was the top-of-the-line in the Firebird line and even if ordered without some of its options, came standard with more features and amenities than you got in a base Firebird. 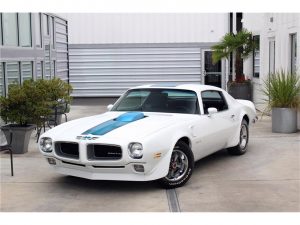 And it cost significantly more for that reason.

Which is why some buyers – who wanted Trans-Am (or better) performance but either couldn’t afford it or didn’t want to pay more for it – spec’d out a base ‘Bird with the one or two things they did want and could afford – and deleted the rest.

Being able to decontent a car also served to keep the cost of the contented car in check. If a buyer knew he didn’t have to buy a Trans-Am to get the essential thing that made it a Trans-Am perform like a Trans-Am in a less-pricey Firebird Formula, it could serve as a bargaining chip to haggle down the price of a Trans-Am.

Wouldn’t it be nice to have such bargaining power again?

Instead, we have no choice – if we want the performance – but to pay more for the rest. Because there are no decontented versions of today’s performance cars, which is a shame – because it serves to limit how many performance cars can be sold, which isn’t good for us as buyers nor for dealers, trying to make money by selling more cars.

Which they might, if more could afford them. Volume often makes more money than is made on a smaller number of higher-priced sales.

As recently as the ’80s and ’90s, one could still buy decontented versions of performance cars like the Ford Mustang GT – which was also available for less as the LX 5.0 – and the Camaro Z28 1LE, which was a Z28 with certain equipment deleted and more performance equipment added. 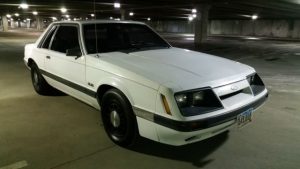 Back in ’95 – has it been that long? – I got to spend a week in a Cobra R, which was a decontented and much higher-performance version of the regular Mustang GT. It was the modern-day (well, relative to 1970) version of my friend Jack’s car. It didn’t even have back seats or a radio. What it did have was a 5.8 liter (351) V8 that was larger and stronger than the 5.0 V8 in the regular GT.

It thus rand much harder.

Imagine the same concept applied today. Imagine being able to order a base trim Mustang equipped with the current GT’s 5.0 V8 and nothing else you didn’t want – or wanted to pay extra for. Instead of paying $36,120 – the base price of a new GT – something in between that and the $27,155 it costs to buy a base “Ecoboost” turbo four cylinder Mustang. Actually – probably – or at least, possibly – a bit less than the cost of the base “Ecoboost” Mustang, since the turbo four and its peripherals aren’t inexpensive  – and the GT’s V8 may well be less so.

It would certainly be so, if one could delete-option some of the expense-padding equipment that comes standard in the base trim Mustang, such as Ford’s “Co-Pilot” suite of “driver assistance” technology (e.g., Forward Collision Mitigation, Lane Keep Assist) the LCD “infotainment” display – maybe even the AC. It would reduce the car’s weight – which would make it quicker than a GT – and it would reduce its cost, making GT performance more accessible.

The same principle could also be applied to economy cars, which don’t really exist anymore. They are just smaller, less expensive luxury cars – as all of them come standard with the luxuries that once defined a luxury car, such as AC (often, climate controlled) power windows, locks, defroster and usually at least a four and usually a six-speaker audio system. Which is why today’s economy cars aren’t that economical – to buy – or even to drive (being much heavier than they need to be).

Instead of $18k for an AC-equipped, power-everything no-so-economical car, imagine being able to delete $3k or so of otherwise-standard equipment and maybe shave 300 pounds off the car. Now $15k – and 40 MPG instead of so-so 35.

It is said American car buyers have gone soft and won’t buy cars without all that content. Maybe so. But it’d be interesting to give them the option – and see whether that’s true.