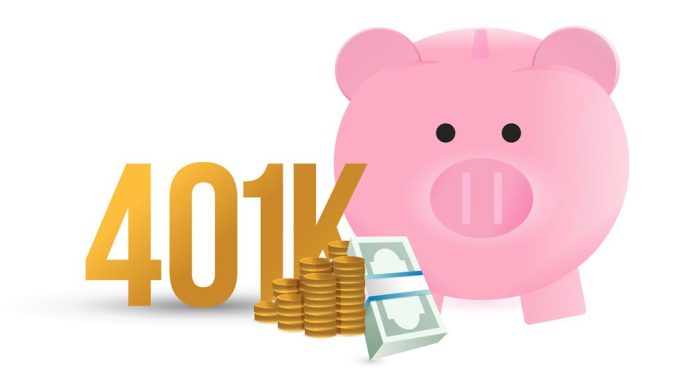 One of the reasons I’m no longer married is because I didn’t want to “plan” for “retirement” – by putting more or even any of my money into a “401k” or similar “plan.” This was a subject of contention some seven years ago, when many – even most – people probably thought that putting as much money as possible in a “401k” or similar “plan” was sensible.

Perhaps it was, then. Especially if you planned to retire before now.

Historically – well, in terms of post-war (WWII) history – the history of “investing” in these “plans” was overall pretty good. Probably because the systems was more or less sound. Or at least, stable. The “plans” were often both a hedge against currency devaluation – the proper way to understand what is styled “inflation” –  as well as a way to increase the value of the currency put into the “plan,” which was generally invested in various things by the “plan’s” managers, most of them returning a profit on the investment over time. This perhaps made it worthwhile for people to hand over their money to third parties and trust that it would both be safe in their hands and propagate over time; sufficiently so that they were willing to relinquish all control over their money for all that time – in a manner not fundamentally different from what was the case when one was a child and one’s parents controlled one’s funds. These were doled out at certain intervals, perhaps, according to conditions laid down by the parents.

In the case of the “plans,” one could in theory access one’s money anytime one wished to do so – provided one was willing to beg permission first – as via submitting forms and making claims – as opposed to, give me my money, now. And assuming one was ok with having a large portion of one’s money taken away – in the form of what are styled “taxes” – applied as punishment for daring to want one’s money in one”s hands before the allowed dole-it-out date, in one’s dotage. 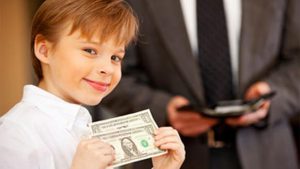 There is a Degradation Factor in this – I can’t just access/use my money at will? I am to be punished for using it when I may need or want it? – as well as something else that wrinkled my nose. That being the opportunity cost of all this money. What is put into the “plan” is by definition no longer in your hands. It means you have that much less money on hand, during the most productive years of your life, to use to your advantage in specific circumstances that are certain to arise and which cannot be foreseen.

Both good and bad ones.

The bad ones, obviously, being those unforeseen circumstances when you need money but haven’t got it – perhaps because you put so much into that “plan.” For example, some sudden, unforeseen expense such as the need to put a new transmission in your car. Or a new roof over your head. If you haven’t got the money to pay for this, you will need – you will be forced – to accept debt, as via putting the cost on a credit card. If you haven’t got the money to pay that card off, you pay interest until you do. For many people, such debt accumulates to halting sums – in some cases, leading to bankruptcy. 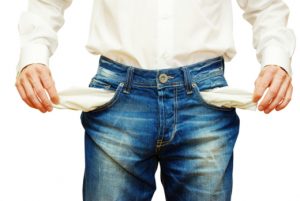 Regardless, debt is how capital is vitiated rather than accumulated.

Some people are able to leverage debt, of course – and perhaps come out on balance with more net at the end. Orange Man, for instance.

But the average person is terrible at managing debt. It generally gets the better of him and he’s arguably much better-advised paying for what he needs, as he goes. But this is harder to do when there’s less money in hand to pay for those things, particularly those that cannot be anticipated but which are all-but-certain to happen. 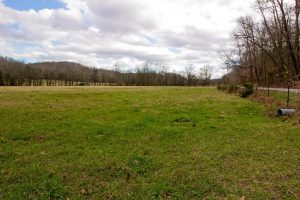 For example, I was able to buy some land when the farm behind my house was sold – because I had the money to do so. This acquisition eliminated the possibility of someone else buying that land – and building something behind me. Or rather, right on top of me. Which have devalued the land I had, already.

But it also did another thing, far more important, in view of the way these “plans” are headed. It converted dubious dollars into hard assets. Not gold or silver but land, the primordial store of value that will always be of value because land is inherently valuable. One can live on it. One can make one’s living upon it. It can provide the things without which life itself cannot continue – an important consideration given current considerations.

There are other, similar example, but this one makes the point. If the financial casino upon which the value of these various “plans” depends goes bust tomorrow – as no longer seems improbable or even unlikely – then all the money put into all of those “plans” by all of those people will be as valuable as Confederate currency is, today.

Meanwhile, I have that land. It’s mine. In hand. I don’t have to beg permission to access it. I can farm it. And – worst case scenario – I could sell it/barter it for something of equivalent value. I thus have various opportunities open to me that are closed to a person with a suddenly worthless “plan.” Including the option to retire on that land – or the value of it.

For this an other reasons I am grateful I wasn’t willing to go along with one with the “plan” – even for the sake of getting along.