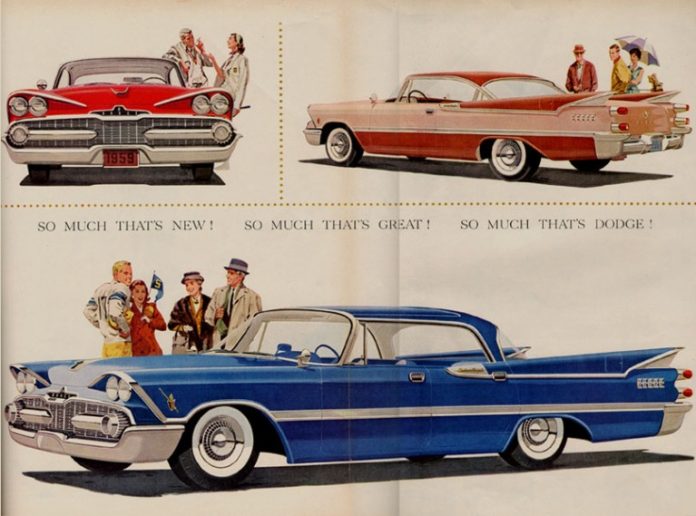 Once upon a time, the car industry was accused of planning obsolescence – i.e., designing cars to be replaced, ideally as soon (and as often) as possible. The accusation was true, but only superficially so.

What the car industry did – this was back in the ’50s – was make superficial cosmetic changes – such as redesigned bumpers, relocated headlights, maybe taller (or lesser) fins –  each new model year, so as to encourage people to trade-in what they were driving for something “all new.” 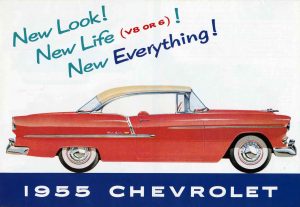 Italics to make the point.

No one was forced to buy a new car each year by the car companies. Indeed – in fact – it was easy to keep the same car you were driving going for years because its fundamentals – its engine, transmission and other crucial-to-functionality components were often far-from-being new. As an example, the V8 engine Chevrolet debuted in 1955 remained in production, fundamentally the same, for the next 30-plus years. Pu another way, these critical components lasted decades – and so could the cars they were installed in – because these critical components were designed in such a way as to be both repairable as well as economically replaceable. So long as you didn’t care about how you looked by not driving the “latest thing,” you could drive your old car for decades, if you wanted to. 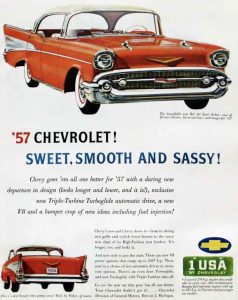 Today, the obsoleting is designed in.

You are all-but-physically forced to get rid of what you’re driving when a functionally fundamental component such as the transmission fails (let alone the engine). For these components are designed stay in production about as long as the model of car they’re installed in does – which is about 4-8 years, typically – and to be replaced rather than repaired when they fail – at a cost that is frequently too high in both absolute terms and relative to the worth of the car, itself.

It may not be deliberate obsolescing, as the designing is a function of the governing, but the end result is the same.

Here’s an example to make the point:

I know someone who owns a very popular model of crossover SUV, a Lexus RX. The transmission in this rig needs to be replaced. Italics to make the point that it is a general truism that late-model automatic transmissions are not rebuildable because the rebuilding of a late-model electronically controlled automatic transmission is to complicated for most shops (this includes dealerships) to bother with. But replacing a failed unit with a new/remanufactured unit is very expensive.

The cost quoted in this case ranged from around $3,500 on the low end to more than $5,000 on the high end. The problem with this is two-fold.

First, very people have the means to cut a check for $3,500-$5,000 – which means having to charge the sum on a credit card. The monthly-compounding of interest on a credit card balance of $3,500-$5,000 can and often does mean ultimately paying nearly as much in interest as what was paid for the transmission. It is a terrible financial decision.

A new car loan usually beckons with lower interest – and the illusion of paying less by paying for longer. And there is the allure of the new car, fully warranted. It is so much easier to just throw away the car with the bad transmission and drive home in a new car, with a transmission in good working order.

Second, even those who have the ability to pay for a $3,500-$5,000 replacement transmission may not want to pay it, if the car itself isn’t worth much more than $3,500-$5,000 – even though it may be very much worth paying it, if it means not having to pay four or five times that sum (plus tax) for a new car. But many people who know only a little about cars are afraid to “put money” in an older car, having been conditioned to assume it’s an “unreliable” car and likely to fail again, soon. 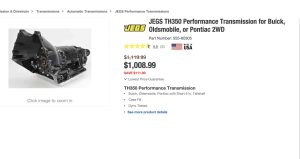 In the Before Time it cost much less to deal with a bad transmission, for they were still often rebuildable – and even if they needed to be replaced, it was far less expensive. It still is, even today – if you’re driving a car that was made before things like automatic transmissions got so complicated (courtesy of government) that they became almost-insurmountably expensive to replace because few if any shops could rebuild them.

A car from the ’70s such as my ’76 Pontiac Trans-Am came with a TH350 automatic transmission. This transmission – which GM made for decades – doesn’t have electronic controls or more than three forward speeds. But even today, one can rebuild it for a few hundred bucks in parts or buy a new/already rebuilt one for around $1,200. That’s worth doing even if the car, itself, is only worth $3,500.

It is also a much more doable sum to deal with – without charging it. 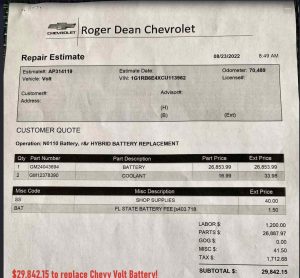 The old stuff can be criticized on many levels, but keep-’em-going-ism wasn’t – isn’t – one of them.

It was – it still is – much more feasible, financially, to keep the old stuff operable.

The new stuff operates better  . . . until it stops operating. When that happens, the fix is frequently unaffordable. Or – as in the case of EeeeeeeeeVeeeees – critical replacement parts such as the battery aren’t even available.

And that’s how they obsolete you into buying the “latest thing.” By designing the previous thing to be something you can’t afford to keep on driving, even if you wanted to.

War Is A Racket