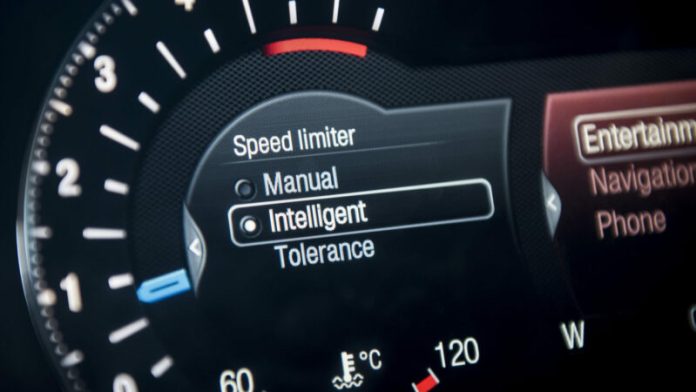 It may not be their propensity to catch fire, their time-wastage or their exorbtant costs that will eventually cancel EeeeeeVeeees.

It may end up being the unintended (perhaps) consequence of “action” by the very government regulatory apparat that has been pushing EeeeeVeeees on the public almost as relentlessly as the “vaccines” that have proved as “effective” at “stopping the spread” as a cinder block is at keeping you afloat.

The apparat proposes to “incentivize” (meaning coerce) the car companies – already “incentivized” to stop making affordable, practical vehicles that don’t have a built-in propensity to catch fire – to install what is styled “intelligent speed limit assistance technology” in cars, so as to make it “technologically” impossible for drivers to “speed.”

In fact, many cars recently made already have this form of “intellligent assistance.” What’s being proposed is to make it impossible to turn it off.

By the way, isn’t it fascinating that every “technology” deployed to further control our actions is always styled “intelligent”? This serves the dual-purpose of stifling objections to it – are you stupid or something? –  while at the same time insulting the victims of it, who are clearly not “intelligent” enough to be on the loose without the “assistance” of “technology.”

It’s not “assistance,” either.

The latter being something needed – and asked for. Or at least, gratefully accepted when offered. In italics to emphasize the voluntary and human nature of the thing. You know, like one of those golf cart things they make available at airports, to assist handicapped people who can’t walk to their departure gate.

What is being pushed – by the National Transportation Safety Board – is – effectively – one of those golf carts for everyone. The use of “technology” to prevent anyone from driving faster than the posted speed limit, ever – anywhere.

Your future car will “assist” you by ignoring the inputs made by your right foot. Floor it all you like. If the speed limit is 25 MPH the car will go no faster than 25 MPH. Since the highest speed limit in most states is 70-75 MPH, that will be the new National Maximum Speed Limit, referencing the ’70s-through-the’-90s-era attempt by the federal apparat to restrict everyone’s speed to 55 MPH. 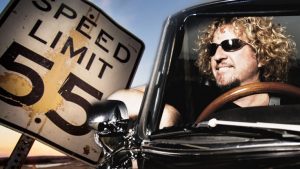 But at least back then, the apparat didn’t have the effrontery to style their attempt to dumb-down travel speeds as “assistance,” much less “intelligent.”

Another example of the etymological jujitsu practiced by the ranchers to our cattle, so to speak. They stroke our flanks and whisper in our ears as they lead us down the chute. Call it the Temple Granding of America.

New York City (of course) is one of the state-level apparats that is already “piloting” this form of “intelligence.” The rancher-mayor thereof, Eric Adams, recently decreed that city-owned vehicles wil be thre first to use the “assistance tehcnology.” One of his minions – Deputy Mayor Meera Joshi, appeared on CNN recently and warbled thusly:

“There’s no reason (that) today, with so much technology that anyone should die at the hands of an automobile.”

In other words, “speed” (as opposed to driver error) “kills.” It is all that kills, in the minds of these minions – or at least, that is the idiot guilt-trip they lay on people. Of course, the only way to assure that “speed” never “kills” anyone would be to limit it to zero – or at least to no faster than walking speed. And that is in fact their vision. As in Vision Zero – a world in which no one dies “at the hands of an automobile” because no one (except the ranchers to our cattle) will have an automobile.

That’s apt to happen if this “assistance” business goes national, since owning a car that cannot be driven faster than the generally ludicrous speed limits almost every driver ignores as a matter of course would be a kind of torture not worth making the monthly payment on.

Isn’t the Tesla’s singular attraction its speed? Isn’t that what sells EeeeeVeeeees, generally? What would be the point in spending the $50,000-plus it takes to buy a Tesla Model 3 (which is Tesla’s least expensive EeeeeVeeee) if its vaunted ability to speed is “intelligently assisted” such that it isn’t much “speedier” than an ’86 Yugo GV? The latter had a top speed, if you worked for it, around 70-75 MPH. And that would be the effective New National Maximum Speed Limit, if “intelligent speed limit assist” were to be “incentivized” into every new car. 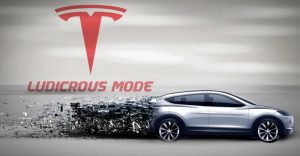 Off-highway, most driving would be restricted to no faster than 55 – a de facto return of Drive 55 without actually posting it.

What might save us from this newest nightmare of “technology” – and so save (sigh) the EeeeeeeVeeeee is the power of the insurance mafia, which stands to lose a lot of money if it becomes technologically impossible for drivers to “speed.” The mafia has wanted – for years – to require that drivers’ “speeding” be dunned in real-time, via those transmitter-dongle things they want you to be required to plug into your car’s OnBoard Diagnostics (OBD) port. Each time you “speed” the car squeals.

But the cash register slams shut when you can’t “speed.”

And buying a ludicrously expensive EeeeeVeeee that cannot ludicrously speed makes as much sense as buying a 5,000 square foot house but only being allowed to live in one of the closets.