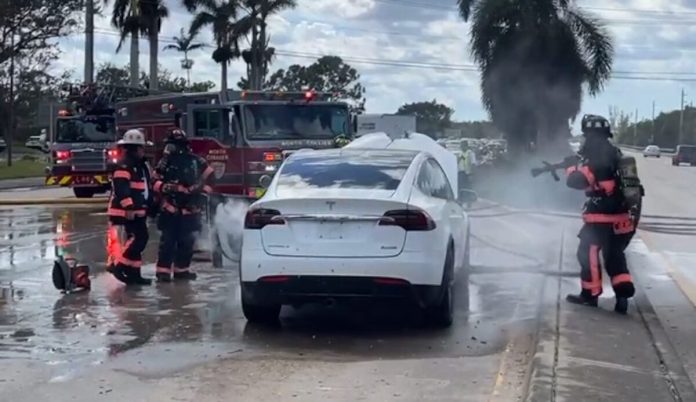 One of the reasons why forcing people to buy insurance is a wrongful thing is that it forces them to pay higher rates to offset the losses incurred by others. Who do you suppose is going to be paying to rebuild everything that Hurricane Ian blew down or flooded out?

It won’t be the insurance companies.

They will recover the cost of paying out all those claims by making other policyholders pay them.

The people who didn’t incur the losses.

Most policyholders will pay because they have no choice.

The same is true – and worse – with regard to car insurance. Worse because you cannot say no – ever. At least with home insurance, once you have paid off your home you have the option to decline “coverage”- which is a very sound idea for those who buy/build homes away from the sea and other known natural hazards, such as nearby rivers/flood plains, tornado alleys and so on and thus the chances of their homes  being destroyed are so slight that saving money for just-on-case makes whole  lot more sense than spending it for “coverage” such prudent homeowners are not likely to ever need.

Unfortunately, car insurance is not like that. The state forces you to buy “coverage” on the basis of the assertion that since you might damage someone else’s property, you must be damaged by paying – endlessly – for coverage, even if you never file a claim. Is it any wonder the same state forced everyone to wear a Face Diaper, too? On the basis of you-might-be-sick? It didn’t matter that you weren’t. Just wear it, regardless.

Back to Florida – and Ian.

As is always the case when a hurricane blows into town, lots of cars were totaled – as by submersion. What’s new in this case is that many of the cars were electric. A number of them shorted out  – and caught fire. More of them will do so going forward as the briney water does its thing. There are certain to be shenanigans – as there have always been – with flood-damaged cars. Dry ’em out, use a lot of Febreze to tamp down the mold smell – and sell them to a mark in another state. 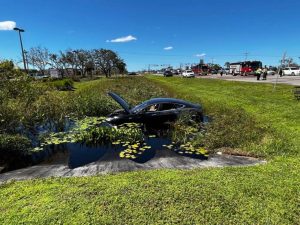 The difference with inundated EeeeeeeeeVeeeeees being they are now even more likely to spontaneosly combust. Who’s going to pay for it?

They are more vulnerable to costly damage. 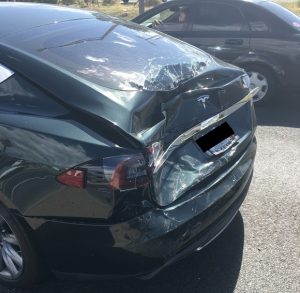 Tesla’s EeeeeeeeVeeeeees, for instance, have glued-together plastic/composite body panels. These are easier to damage and more expensive to repair/replace, in part because the parts are all Tesla-propietrary, meaning no less expensve aftermarket parts. Slashgear – which is a pro EeeeeeeeVeeeee site – notes that a replacement windshield for a Tesla Model X is more than $1,300 – not including the labor to install it.

Guess who pays for that?

Even a minor accident in an EeeeeVeeee – any EeeeeeVeeee – can be a big deal because of the battery. Any structural damage to its case can compromise what’s inside the case. And that could lead to a catasrophic fire – as is the case with every EeeeeeeVeeeee battery fire. These fires are high-intensity chemical fires that burn very fast and very hot. They are very hard to put out and unlike a gas fire, a battery fire can re-ignite after it’s been put out. Wrecking yards have special “dunk tanks” for wrecked EeeeeeeeeVeeees for exactly this reason. Who’s going to pay for all of that?

Increasing the replacement cost of the average new car by 30-50 percent (this is the approximate difference in price between a typical EeeeeeeVeeeee and an otherwise comparable non-EeeeeeeVeee) plus the cost to fix these things when they break and the peripheral costs associated with increased catch-on-fire risks is going to be reflected in everyone’s premium, including those of people who do not own and have no interest in owning an EeeeeeeVeeeee – because the costs must be spread around. Else those who own EeeeeeeeeVeeeeeeees won’t be able to afford to insure them. Just the same as would be the case if the people who chose to build their home 100 yards from the sea had to bear the costs of the risk associated with doing that. 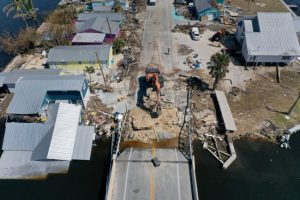 In which case, few would be able to afford to build a home 100 yard from the sea. 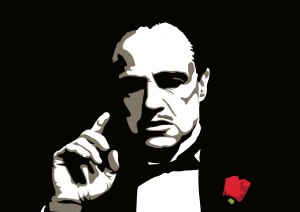 With the added insult of there being no way to get out of paying for it – and still be “legal” to drive – because of state-mandated “coverage” requirements.

And that is why forcing people to buy “coverage” is such a wrongful thing. A rightful thing would be to give them the economic power to say no – and thereby refocus the onus of paying for losses on those who incur them, instead.

The Heroin of “Signing Up”