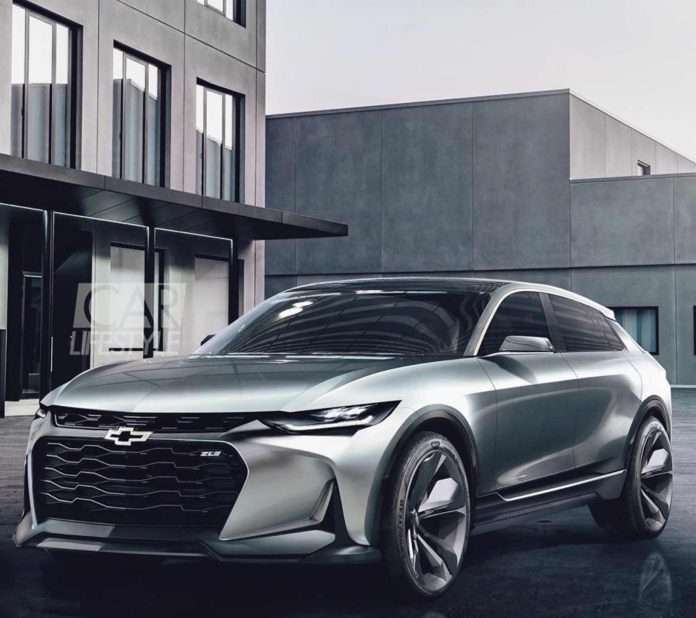 The Chevy Camaro has been an iconic pony car sold by GM’s Chevrolet division for the past more than 50 years. It will apparently be transitioning into a “brand umbrella” for a line of vehicles in the years to come – including an “electrified” crossover SUV scheduled for 2025 – the year the current Camaro will, if he rumors are right, be cancelled.

It is almost as appalling as re-branding drugs that do not immunize the people who take them as “vaccines.” Or being told that sex is fungible. The “man” brand just as easily applied to those who aren’t – and vice-versa. Instead of calling something what it is – and refusing to accept calling it what it’s not – we are expected to accept that a thing is what it’s not because it is called what someone claims it is.

You might call this reality funging – my neologism. As in reality being fungible – so some say – according to what they say. As opposed to objective reality, which they say does not exist. There is no such thing as “truth” and so no such thing as constancy. Everything we see and think we know is a kind of shifting miasma of subjectivity.

It is an old argument – dating back to the time of Plato and Aristotle, two old Greeks long dead whose inheritors are still arguing today. 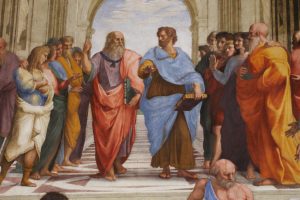 One side – the Aristotelians – won the debate, thank God – for a time. It birthed what we generally style Western Civilization. Which could not have developed on the basis of subjectivity. Try erecting a skyscraper on that basis. Or building an airplane – that will fly. Or being able to fly it.

“A is A” said the Aristotelians – by which they meant a thing is what it is – and not some other thing, which it cannot be.

So what is a Camaro? 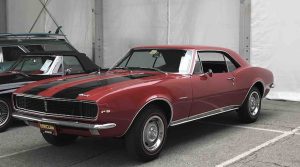 From 1967 through today it has always been fundamentally the same thing. That thing being a very specific kind of car. Specifically, a medium-sized, two-door, four seater with an engine up front driving the wheels in the back. Its appearance has gone through a number of changes over the years but these have always built upon the stylistic themes of the originals such that one could always tell, at a glance, that it was a Camaro one was looking at – whether a ’67-69 model (the first generation) or a ’70-’81 Camaro (the second) or a third (1982-1992) or a fourth (1992-2002). 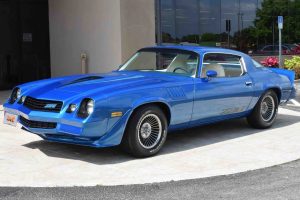 A period of no Camaros followed when GM cancelled the Camaro after the end of the 2002 model year. But the Camaro came back for the 2010 model year and it was – like all of its ancestors – a Camaro. You could tell, immediately, just by looking at it. Because it looked like its many forbears in myriad ways, small and large – much the same as a son will reflect the image of his father. And both, of course, have the same last name – defining who they are. 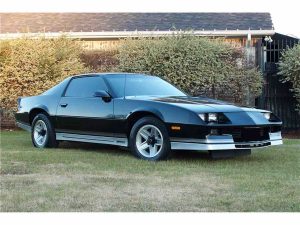 Something different is coming, come 2025. Something that will apparently be named “Camaro” but which is utterly unrelated to anything Camaro that came before it, other than the name. Something that isn’t even a car anymore, let alone a pony car – the reference there being to a very specific type of car, the first example of which was the Mustang, which made its debut in 1964. 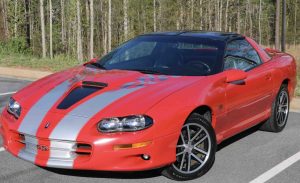 It was a wildly successful car and Camaro was just one of several other cars created in emulation thereof. Others included the Dodge Challenger and the Plymouth ‘Cuda. These all differed a bit from the muscle cars many people often confuse them with – the latter’s progenitor and archetype being the ’64 Pontiac GTO. (1964 was a very good year for car-lovers.) A muscle car was a larger car as well as a more formal (and single-minded) car. It was designed chiefly to go very quickly in a straight line. It didn’t go so well in curved lines. The pony car was a more balanced car, its quickness complemented by agility. It was closer to being a sports car, but nonetheless very different from one of those, too. 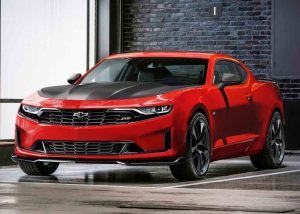 The point being people bought pony cars because they didn’t want a muscle car or a sports car. They definitely did not want a sedan – much less a crossover SUV. If they wanted either of those kinds of vehicles, they would have bought one of them instead.

But GM apparently thinks it can sell them an electric crossover SUV if it is branded a “Camaro.” Just as the CDC – the marketing arm of Pfizer and Moderna – thinks it can sell people drugs that do not immunize by calling them “vaccines.”

A whole line of them, it seems. 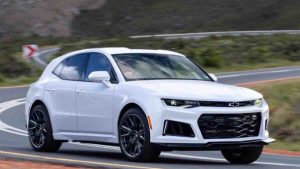 Instead of Camaro being one car – and a specific kind of car – GM plans to use the “Camaro” name to sell a whole line of cars under the “Camaro” name. Or “umbrella,” as it is styled. There is also – reportedly – a “Corvette” SUV in the works, too. Because – as GM apparently sees it – anything can be a “Corvette” if you call it one.

Of course, by that standard, a Chevette could have been a “Corvette,” too – just by calling it that. So why didn’t GM “brand” the Chevette a “Corvette”? 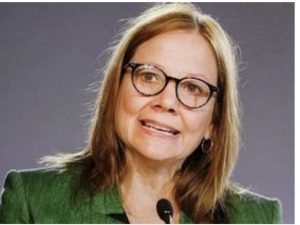 Because once-upon-a-time, GM wasn’t run by toothpaste salesmen – a toothpaste saleswoman – who considers brands (and reality) fungible. That a thing is defined by what it is called rather than what it is. It is not a coincidence this transitioning is occurring at just the moment in time when (some) men assert they can be “women” (and the reverse) just by “branding” themselves as whatever they think they are – and then demand you pretend they aren’t.

There is also a tincture of sad desperation in operation.

GM is out of ideas. So it ruins good ones, hoping no one will notice.

It is of a piece with the ruining of good literature, by changing key characters to suit shifting political breezes. A good example being the percolating rumor that a new movie version of Orwell’s classic novel 1984 is in the works, with the lead character is no longer Winston Smith – a middle-aged white man – but instead played by a female, probably young and not white. In which case whatever the movie might be, it isn’t 1984 anymore.

Just as an electric crossover SUV with four doors and no engine is a “Camaro” like Bruce Jenner is a woman.