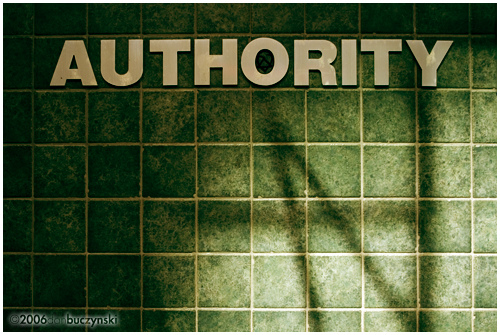 The typical American is so conditioned to Authority that he will not even dare to defy a road sign – even when it’s out in the middle of nowhere and there’s essentially zero chance of any repercussions. Anything that looks official, anyone in a uniform of any kind – even if it’s not an official uniform and the wearer has no gun or actual authority to do anything – the average American will, without a murmur, sit quietly – and obey.

The other day I was headed into town, which for me is about 35 miles away on a rural secondary road, one lane each way. I suddenly found myself stuck behind a line of three other cars, all backed up behind an official VDOT (Virginia Department of Transportation) tractor running a brush shredder of some kind, cleaning up the right shoulder. It had yellow flashing lights and was painted Obey Me Orange. Now, even though the other (oncoming) lane was clear – you could see ahead for a good 1/4 mile – not one of the three drivers ahead of me made a move. They all sat quietly, deferentially plodding behind this VDOT tractor that was half-on, half-off the road and doing maybe 8 MPH (this is a 55 MPH road).  I truly believe they would have followed him all the way down the mountain, unless and until the Authority Figure in Orange  – with his Official Reflective Jacket on – had given them leave to pass.

I punched it, roared past the mechanical centipede – and got the angry flashing headlights from one of its segments, which was clearly appalled that I had dared to defy the Orange Authority.

We live near the Blue Ridge Parkway and use it often. About three years ago, they repaved several sections – including two long stretches that had previously been passing zones. They repainted the lines double yellow (no passing) and I doubt they did so after doing a lawful traffic survey. I suspect they just painted over the lines that way for the hell of it. Now, even people who live here and know the story just like I do will not pass in those zones, even if they find themselves caught behind an RV struggling to ascend the grade at 22 MPH (which is why these portions were previously marked passing zones). The knowledge that these were previously lawful passing zones (and probably still are) and in any case remain perfectly safe places to pass, if one can see and has the ability to push down on that little pedal on the right side of the floorboard, does not sway them. All that matters is that Authority has painted double yellow lines on the road – and Authority must be obeyed.

Interestingly, if one has the temerity (as I do) to disobey such inanimate totems of Authority and do so in the presence of the typical American, the typical American will not cheer your healthy rebellion. Some sense, perhaps, of his own obsequiousness will rouse him to outrage at your lack thereof. He will flash his lights or toot his horn in feeble fury at your disobedience. He may even pic up his sail fawn to report your doings to Authority – furious at your defiance and frustrated by his own pusillanimity.

School Zones. Even when school is out for the summer, but the stupid lights are flashing because someone forgot to turn them off, most people will jam on their brakes and tip-toe through the School Zone. They know school’s out and that there are (obviously) no kids around, yet they cavil and quake before the mighty power of those flashing yellow lights.

There is potent mojo in these icons of Authority.

Americans love to think of themselves as proud and courageous but the truth is they’re base and fearful, cringing wretches. “Yes, Officer.” Note that this is not mere politeness. It is abject deference. There is something repulsive about the idea of a 50-something-year-old man, perhaps a man with an advanced education and a professional job, Yessiring a 22-year-old kid with a GED or community college degree wearing a government-issued costume.

Or worse, a not-even-real-cop TSA loser.

Do you doubt that America herd-cattle will immediately submit and obey to much worse than a mere groping?

The process has been under way for decades and is about to bear fruit, I suspect. In my lifetime (I am 44) I have witnessed a remarkable transformation of the American character. A people that used to view Authority with suspicion bordering on contempt has become a people that positively venerates authority, even when that Authority degrades them at every turn and deprives them of their most basic humanity, their dignity.

A story is told about Stalin that may be apocryphal but which cuts nonetheless to the heart of what we’re facing – of what we’ve become – as a people:

A visitor asked the Red Tsar how he maintained control of his subjects. Why didn’t they rise up in revolt?

Stalin snatched a chicken off the floor and proceeded to pluck its feathers, one by one, until the bird was a cringing, shivering, naked wretch. He then released the chicken. But rather than flee from its abuser, the chicken clung to Stalin’s pants leg, pecking at the crumbs of corn he tossed to the ground.

That chicken is us – or at least, too damn many of us.

What sort of bird are you? How will you respond when it’s your time to be plucked?

It’s a question we’ll soon have to answer.