GM has been criticized – rightly – for boondoggling it up at taxpayers’ expense. For “investing” – on someone else’s dime, taken from them by force, it always bears repeating – in vehicles that have obviously dubious prospects of actually selling. Like the $40,000 electric economy car called the Volt.

But others are on the take, too. Unfortunately, that includes Ford – the only one of the Big Three that didn’t take bailout money did take a “loan” of $5.9 billion to develop their own electric loss-leaders – including hybrid versions of the Focus compact and C-Max van. (See here for the Popular Science story lauding Ford for this.)

The fact that none of these cars would have ever seen the light of day absent the government throwing your and my money at GM and Ford is telling – yet no one seems to be listening. Instead, we’re told that electric and hybrid cars just need a leg up – a bit of “pump priming,” as they like to say in Washington.

They have been priming the pump for at least 20 years now. Well, where’s the beef? 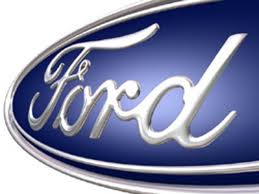 The truth is very little progress has been made – if the measure is building an alternative-fuel vehicle that’s commercially viable. I was writing about cars back in the early ’90s when GM came out with the Impact (also called EV-1) electric car.  Interestingly, it also cost about $40,000 – just like the current Volt – and like the Volt, it required massive subsidies (including a “lease” arrangement designed to reduce the monthly cost) to make it plausibly palatable to potential buyers – and even so, it flopped. Because – Big Surprise – most people don’t see the sense in buying a $30,000 or $40,000 “economy” car when they can spend $15k or less and get an actually economical car.

Well, not much has changed twenty years down the road – they’re still at it. And just like Dr. Goebbels assuring the German masses in 1944 that ultimate victory was just around the corner, we’re still hearing that with just a bit more “investment” of other people’s money – taken from them at gunpoint – we shall have automotive wunderwaffe: hybrids and electric cars that actually cost less to own as well as to drive than regular cars. 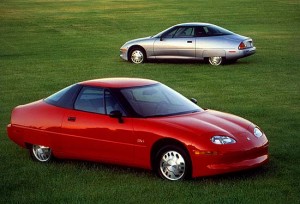 Did Henry Ford go begging to Uncle for “loans” to build his Model T – or his Model A? Did either car require massive government subsidies to cajole otherwise reluctant buyers into considering them? Did GM have to subsidize the self-starter? The overhead valve V-8? Why doesn’t the Corvette (or the Mustang) need a government subsidy?

It apparently never occurs to the politicos shoveling money at projects such as the Volt, et al, to ask such questions. That’s assuming they’re merely ignorant – of automotive history, economics and engineering. I think more highly of them, myself. I am convinced they understand what’s going on all too well – and just don’t care. Or rather, do care. Very much, in fact.

Because there’s just too much money at stake.

In the distorted world of crony capitalism, it is a competitive disadvantage to not be on the take. In the same way and for the same reasons that local politicians scrabble for their constituents’ “fair share” of state (and federal) largesse. The calculation being, someone’s gonna get the money – might as well be me. Or us.

Ford got a lot of credit – rightly – for not needing (or taking) the bailout money. But Ford management wasn’t about to leave $5.9 billion on the table – $5.9 billion that would just go to someone else (like GM). There was no downside to grabbing the cash – from their point-of-view.

That is, from the point-of-view of crony capitalists. 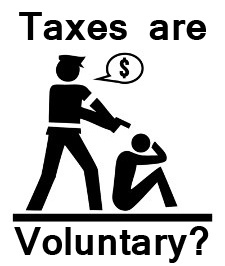 Unlike, say, the Edsel project back in the ’50s – which almost killed Ford – this time, it’s not Ford’s money that’s on the table. It’s your money – and mine. Ford did not have to risk its own capital on building latter-day Edsels – that is, Ford did not risk its own limited resources on this project – resources that would thus not be available to advance other projects. Rather, it risks your money – and mine.

Which means, no risk at all. As the saying goes: There’s more where that came from.  Uncle has virtually limitless resources to call upon. And in a crony capitalist economy, that means – so does Ford.

And of course, there will be no consequences for failure. It does not matter whether the electrified Focus and C-Max sell. They can be absolute disasters – by the old measure, the formerly free market measure. Just as the Volt is proving to be. Just as the EV1 was.

Who cares? Uncle will pick up the tab.

Meaning, you and me will pick up the tab.

Before American business got thoroughly marinated in crony capitalism, it invested its own capital in new products which, after extensive market analysis and other forms of due diligence, it figured had a good chance of making a buck. An honest buck. A buck freely exchanged – something that’s becoming as rare in this economy as the right to be left alone.

And if the product failed – well, lesson learned. Don’t do that again.

Instead, we’ve – amend that, the government has – removed all natural incentives (and moral hazard) from the process – or is removing them, as quickly as possible. Which means that unlike the Edsel (and in GM’s case, the Aztek), bad products don’t die a natural death. They just get more subsidies.

After all, the well’s bottomless.