The fixation on speed – and only speed – as the Number One Road Safety Issue is emblematic of the emoting that drives policy in this country. 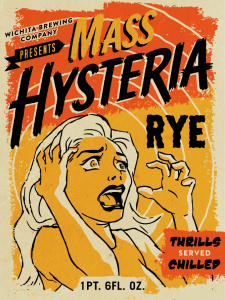 It’s of a piece with the emoting about guns – “assault rifles” in particular. Hysterias erupting from a wellspring of ignorance.

An inept/careless driver operating at 40 MPH can be a greater hazard to himself and others than a skilled and attentive driver operating at twice that speed. Even on the same road. Just as a .22 fired from a revolver can kill you just as dead as a 7.62×39 fired from an “assault rifle.” Indeed, if handled carelessly, a .22 revolver can be infinitely more dangerous than the “assault rifle.”

But emotions target the “assault rife.” Not careless handling.

Just as emotions roil over “speeders.” Not careless driving.

Speed laws are based (leaving aside the issue of revenue for the moment) on the lowest common denominator. A cop once told me so, openly. It was said in the context of a question raised about what to do when one finds oneself stuck behind a hyper-cautious senior driver operating significantly below not just the speed limit but the flow of traffic. As in, 25 in a 40. The cop stated: “We’ll all be old one day” and that we should be patient – and not attempt to pass. He also said he’d ticket anyone he witnessed doing so, if they exceeded the posted speed limit (even for a brief moment) while doing so – or if they did so over the double yellow, even if they only transgressed it for a few seconds (just long enough to pass the codger) and even if the opposing lane of traffic was completely free of oncoming traffic. 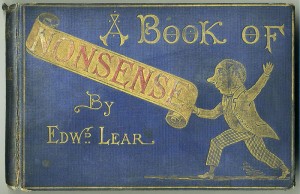 The law accommodates the least common denominator – and punishes anyone who rises above it and dares to assert it.

Punishment no longer correlates to harm done – or even plausibly threatened. It is enough merely to fail to abide by whatever collectivized, least-common-denominator edict is promulgated by the authorities. To disobey “the law.” That is all that matters.

Most people accept this as reasonable and equitable – which only demonstrates that they have no conception of either.

They’ll say to a cop who pulled them over: “I know I was speeding, officer…” as their preface to some hopefully exculpatory excuse that will soften the cop’s heart and result in him giving them a “break.” But their language reveals they have already accepted their guilt.

They almost never ask: “What harm have I caused?” Because that would be a challenge. Instead, they supplicate – which is a polite way of saying, they beg for mercy.

In court, it’s pointless – as a matter of law – to argue that one’s driving was faultless. It would not matter even if you got the cop to so testify, openly. Because your driving capabilities are not at issue. The only thing that’s on the table is: Were you in fact driving “x” MPH faster than the law says you may? 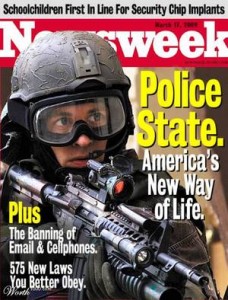 This is exactly the same dynamic playing out as regards “gun control.” As in the case of the man in NY ( a “troop,” no less – who ostensibly fought for “our freedoms”) who found himself charged with multiple felonies and facing years in prison based solely on his possession of “high capacity” ammunition magazine arbitrarily forbidden by the bureaucrats. It is exactly of a piece with being “pulled over” for the non-crime of “speeding” – though of course the consequences in the case of the “speeder” are (usually) not as severe.

This man hadn’t harmed anyone – much less shot anyone. The thug scrum that kidnapped (what the state dishonestly calls “arresting”) him and put him in a cage – and which intends to see to it that he’s kept in a cage for years – didn’t even have to assert a fish story about the man’s “dangerous” conduct. Mere possession of proscribed items is itself sufficient to establish legal guilt. Not actions – not even claims about “intent.”

It has gotten that bad.

Just as it’s enough to be adjudicated a “dangerous” driver simply for exceeding a given (by the state, at its whim) velocity. It is not necessary to make any claim about the person’s driving being dangerous – other than that implied by his exceeding “x” velocity, which – ipso facto – is taken as the legal equivalent of having caused harm. It’s circular – a vortex of unreason that will flush everything down the drain, eventually.

And none of this will change until we get people back to thinking in terms of individuals – of individual actions and individual responsibilities. The fact that Aunt Ethel fears driving faster than 40 doesn’t mean her grandson can’t handle his car competently at 70 – and ought not to be punished for doing so. Unless he’s actually caused someone else harm by so doing.

And Joe shouldn’t have to worry about being sent to prison for 20 years because he’s been “caught” in possession of some item – a “high capacity” magazine or an “assault rifle” – that’s similar to the item(s) used by someone else to commit harm with them and so made illegal for anyone else to possess. 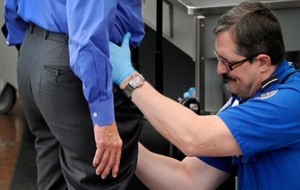 As a reformed minarchist conservative, one of the last intellectual obstacles I overcame was coming to accept that any use of force prior to actual harm done is always and necessarily illegitimate – and the proverbial camel’s nose under the tent. What begins as “reasonable” restrictions or prior restraint soon become anything but reasonable. And why? Because if you cannot establish definitively that an actual harm has been done – then you have opened the door to the idea of punishing people for things not actually done. Victimless “crimes.”

The essence of tyranny.

And before you know it, here we are – having to assume the “I surrender” pose and accept our crotches being handled by blue shirted goons in the name of “safety” – and all the rest of it.

I agree with Thomas Jefferson, who once wrote: “I would rather be exposed to the inconveniences attending too much liberty than to those attending too small a degree of it.”

Perhaps, one day, Americans will rediscover their senses.