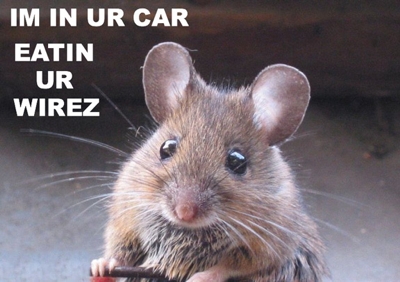 Just before “Winter Storm Pax” (someone hand me a ball peen hammer so I can bash in the skull of the cretin who came up with the idea of giving a name – a stupid-sounding name – to every week’s weather system) arrived I figured it’d be a good idea to check on my dual-sport, a Kawasaki KL250 with knobby tires that is better in deep snow than some 4×4 trucks. Fun, too – if riding a motorcycle in 20 inches of snow with air temps in the teens is a turn-on for you. 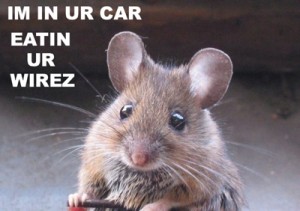 I keep this bike – which is a rat bike, mechanically sound but cosmetically rough (dings and dents, mud and grass, etc.) out in my shed with the outdoor power equipment. This is also where we keep the bins that hold chicken food – pellets and scratch grain (corn). The relevance of this will be apparent shortly.

Well (as Ronald Reagan used to say), I went to start the bike up. I keep it on a trickle charger so the battery is always topped off. Usually, the bike comes to life right away, even if it’s been sitting for a month or more. I always keep the tank full with reasonably fresh gas (no more than two months old; if it’s older, it gets drained and used in something else) that’s always – in the off season – treated with fuel stabilizer.

Never had any issues.

Well, this time the bike just cranked and showed no inclination whatsoever to do the IC dance for me. I thought about it for a minute, about the possible impediments to ignition. But that can of ether sitting on the shelf caught my eye and – being in no mood to futz with the damned thing if I could get away with something easy and quick – I reached for the can. But before I could shoot in some of the miracle get-’em-going juice (ether – starting fluid – will flame almost anything IC to life, just don’t use it in a diesel) I had to unscrew the door to the air box, remove the foam filter – in order to get a straight shot at the carburetor throat.

You’ve seen Charleton Heston’s Ten Commandments? The scene showing the Egyptian granaries? A mouse had made a granary of my KL 250’s air box. It was overflowing with scratch grain – corn. Stuffed to capacity with it. No room for air.

The industrious rodent had – somehow – squeezed his filthy little body through a slot the width of a Pop Tart in order to access the air box and make it his hidey-ho. And he had to go back and forth god-only-knows how many times. Unless he has opposable thumbs and could carry a little bucket or something back and forth from corn bag to bike air box. Since I doubt he has either, he carried each nugget o’ corn one at a time from corn bin to air box. Or maybe he filled up his mouth with as much as he could and did it that way. But a mouse is a tiny critter and – no exaggeration – there was at least half a quart by volume of corn in that air box. 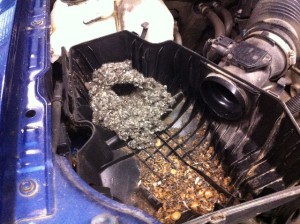 Lucky for me there is a metal mesh screen in between the air box and the intake boot that leads to the carb. Otherwise, when I was cranking the thing while trying to get it started, I might have sucked in some of Archer Daniels Midlands finest GMO crop directly into the Kawasaki’s Keihin carburetor – possibly past the throttle plate and into the engine itself. I thank the Motor Gods for that metal mesh screen.

The thing to take away from this tale is the havoc a mouse can wreak upon machinery. The plague-carriers find wiring especially delicious – and love to shred paper air cleaners and fluff up the debris into a nice soft (and presumably, warm) bed for themselves. In a tight garage, mouse damage is less a threat because they have a harder time getting in. Plus I suspect the frequent comings and goings of people make them uneasy.

What they really like is a nice quiet shed – where tractors, riding mowers and sometimes motorcycles get stored for the winter. It is as irresistible to them as a can of sardines is to a freight train-hopping hobo. 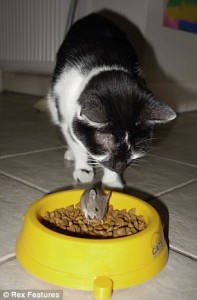 Two or three things to do:

Lay down bait traps. Kill the little bastards. I prefer the humane, snap-their-neck  traps. Give ’em some peanut butter as a last meal.

Check your stuff often. Pop the hood, look for signs of rodent squatters. Shucked shells, bits of string, shredded paper – these are Signs.

If you store animal feed (or food, period) in the shed, lock it down. Avoid leaving spillage.

Obtain a barn cat. Swap him a dry/safe place to sleep in exchange for his magnificently honed ability to get rid of mice – and even better, keep them from showing up at all. Mice are smart – and have a sixth sense when it comes to cats. If one’s in the vicinity, mice will usually try not to be. 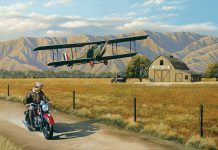