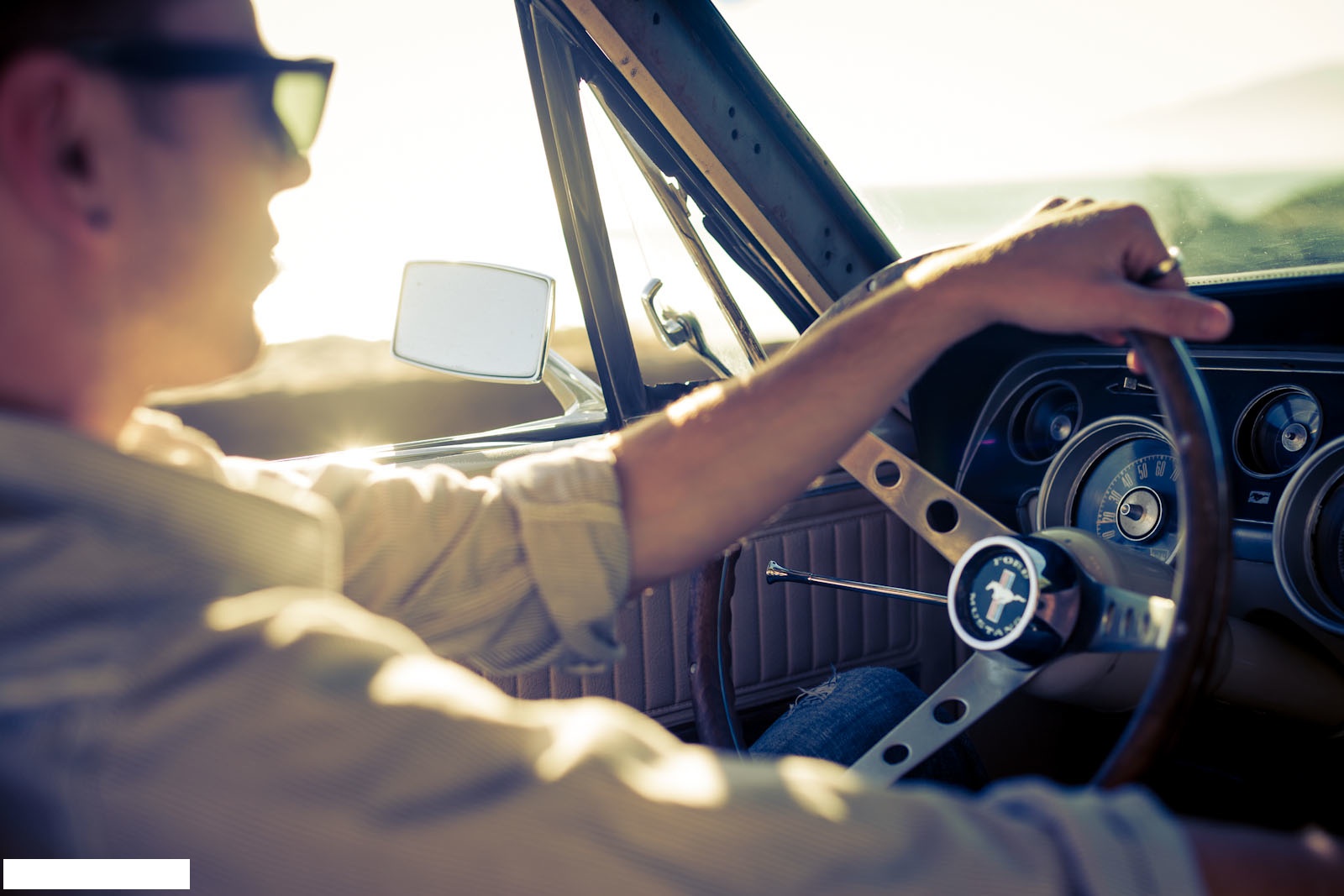 It’s easy to get suckered by the convenient, the easy. We’re all susceptible. It is human nature to take the path of least resistance. Present almost anyone with a quart of  their favorite flavor of Ben & Jerry’s – and a sit-up machine – and it’s not a hard bet to make as far as which one most people will choose. 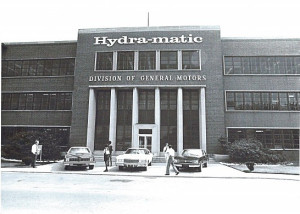 This is the nature of the subtle evil that is the automatic transmission.

It has taken most of the effort out of driving. In particular, of learning how to drive. Accordingly, most people never do.

It has ruined the art of driving.

And it is an art.

Well, a skill at least.

Before the automatic came along (it happened in the ’40s, brought to us by GM through its Oldsmobile division) driving a car required more talent than being able to open and close a door, sit down – and push on two pedals. 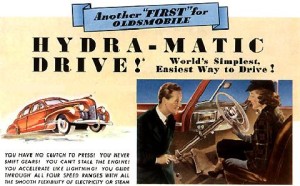 There was of course a third pedal – the clutch pedal. When it was out, the engine was directly connected to the transmission, which was directly transmitting the engine’s power to the driven wheels via the driveshaft. If the driver did not push the clutch pedal in as the car rolled to a stop, the car would buck and finally, stall out – because the engine could not turn the pavement (or the Earth to which it was attached).

To resume forward motion, the driver had to gradually let out the clutch while simultaneously easing into the gas pedal – allowing just enough enough slippage to avoid (once again) stalling out the car. It took a bit of practice to master this delicate balance, to be able to do it smoothly. It was a right of passage, something almost every aspiring teenage driver had to learn. It was a little intimidating – as it ought to be. Driving is serious business. It’s not for everyone.

Some never did master it – and they were culled from the ranks. Washed out.

As it should be. 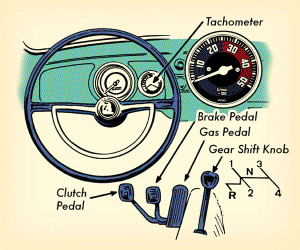 Same goes for shifting gears – the next level of mastery.

Before the advent of synchronizers in the transmission, one had to time one’s shifts just so – matching engine speed to road speed. It was necessary to choreograph this delicate ballet yourself. If you failed to do so, the result was an awful grinding of the gears. General embarrassment would ensue – along with (eventually) repair bills.

So, the newbie driver had to learn how to do several things all at once: First, to engage and disengage the clutch – smoothly. Those who rode the clutch (kept it partially engaged, allowing excess slippage) burned up the clutch. Those who engaged it too soon or too abruptly made the car buck like a bronco – annoying passengers and (eventually) breaking something else. 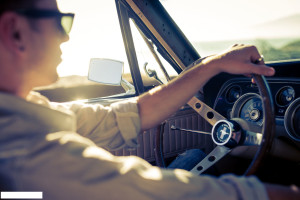 It was about being in tune with the mechanical goings-on. The driver had to pay attention. How else to know what gear you happened to be in? When it was time to shift? Which gear to shift into?

No one else was going to do it for you. And if you didn’t do it, there would be consequences. Immediate, real – tangible. The car would bog. Or stall out, roll back – and into the car behind you.

In a manual-equipped car, it’s harder to be vacuous. A himbo – or a bimbo. You’re compelled participate. To observe the progression of traffic signals, to anticipate what’s likely to happen next. The change from red to green, the ebb and flow of traffic. The wheels (in your head) turn. It’s necessary to focus on your environment, what’s going on around you. To be ready – and to know what to do. If, for instance, you need to slow down quickly – it will be necessary to do more than stomp on just the brake pedal.

Not that you couldn’t also have a conversation with your passenger at the same time. Certainly. But it was secondary to the task at hand. In the Age of the Clutch, it was less common for people to space out at red lights or in traffic, as is common today. Some perhaps did so – but they got schooled right quick.

This made for better  – because more necessarily more attentive and inherently more involved – drivers.

Automatics do the opposite.

They are like high fructose corn syrup, fluoride and other soporifics. They induce – and encourage – inattentiveness and passivity. Staring off into space. Wondering about what’s for dinner. Playing with the GPS. Gabbling on dey sail fawn.

After all, what else is there to do?

The automatic-equipped modern car pretty much drives itself. Very little is expected of the Dunsel behind the wheel – and not surprisingly – not much is given. As automatic-equipped cars became dominant and manual cars a relative rarity – and people could “learn to drive” – and get a driver’s license – without ever so much as touching a clutch – real skill behind the wheel ebbed, for the simple reason that it was no longer required or even expected.

The bar had been lowered. 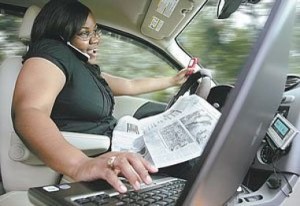 But driving isn’t – or ought not to be – democratic, much less Pakled.

There are people who shouldn’t be driving. Top of the list, arguably, are those who aren’t able to master the art of the clutch. You probably know several. Certainly, we see them on the road almost every day. Before the widespread availability of the automatic, they were kept off the road. Not by legislation. Not by force. But by the same factors that keep me out of the operating suite. If you don’t know what you’re doing, don’t embarrass yourself. 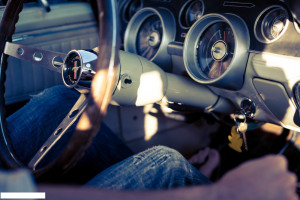 Or hurt someone else.

Now, automatics are not per se evil. In the same way that Ben & Jerry’s is not evil. But if Ben & Jerry’s is all you eat, there might be a problem. Just as it’s a problem if all you’ve ever driven – and all you know how to drive – is an automatic.

If you want to become a better driver, learn to drive a manual.

Those who have, already are.

PS: We depend on you to keep the wheels turning.  If you value an alternative to the MSM, please support independent media. Our donate button is here.