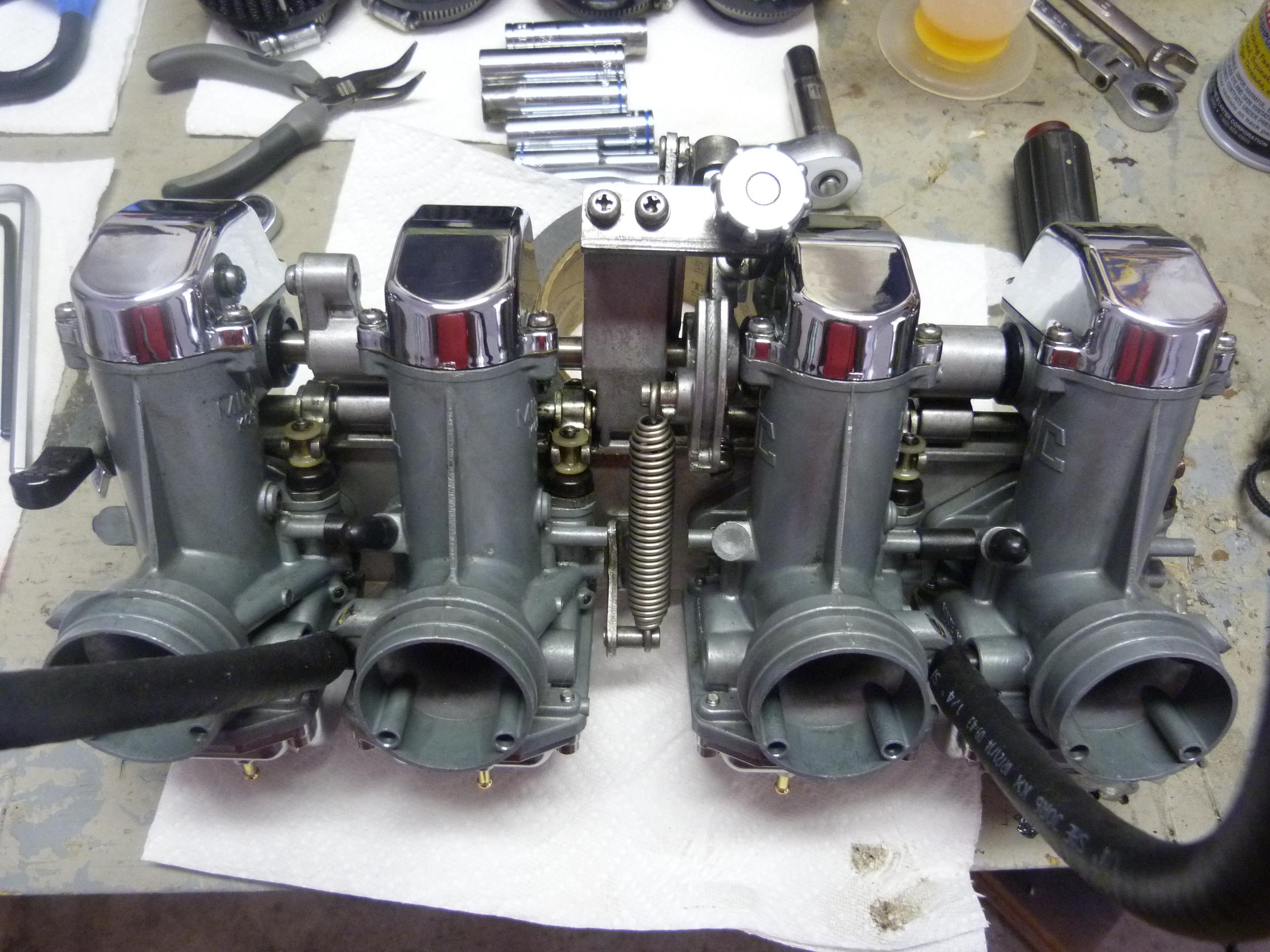 I hadn’t done more than minor adjustments and external cleaning of my ’76 Kz900’s carburetors in probably ten years. The bike only sees about 500 miles of road time in a year – and it sits for months sometimes over the winter.

This gave the ethanol-laden “gas” we’re being force-fed time to do its thing. 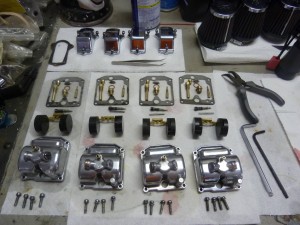 I have been working on cars and bikes for more than 30 years – since I was in high school, back in the ’80s. Only recently have I had to deal with a kind of alien plasma-ish grayish goo in the fuel bowls of my older (carbureted) vehicles. I suspect a chemical reaction is occurring between the ethanol (and god-knows-what-other-additives they put in it) “gas” and carburetor internals. It apparently dissolves rubber and plastic parts (such as gaskets, diaphragms, o-rings, float material, etc.) and the goop is the residue of that. Especially if the gas ages in situ. As it does in an antique or occasional-use-only bike like my vintage Kawasaki.

The fuel turns into … cue Dr. Jennings from Howard the Duck …something else.

This I attribute to the water-attractive properties of alcohol. The 10 percent ethanol alcohol in the “gas” they’re force-feeding us. I’ve encountered rusty carbs before. In derelict cars and bikes left outside to rot. Never – until recently – in a garage-kept, pampered antique vehicle. Whether it is deliberate or inadvertent, the fact is that modern ethanol “gas” is very bad news for older, carbureted vehicles.

Two of the four pilot jets were completely occluded (either by rust or goop) and even after soaking in parts cleaner for several days, they were beyond help. I ordered four new ones – still available from Mikuni. I was able to clean the floats (new ones are hard to find) and ditto the needles and seats (they are expensive to find). 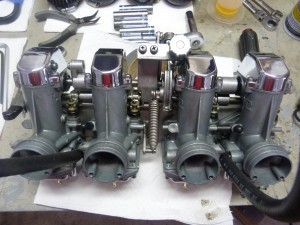 Lucky for me I know how to take apart a carburetor – and put it back together. Therein lies the rub, though. If I did not know how to disassemble a carburetor and put it (them, in this case) back together, I’d have had to pay someone else to do it. And that would have meant a big repair bill, assuming I was able to find someone with the knowledge/skill necessary to tear down and rebuild 40-year-old carbs. Many people don’t have the skills – or the money.

Which is why this ethanol slow-drip death is exactly that. It is quietly killing off older, carbureted vehicles – whose owners can’t undo the damage caused by ethanol or can’t afford to pay someone else to undo it. If this is deliberate, it’s absolutely brilliant. A non-overt, non-legislative way to get rid of vehicles built before the electronic age, without computers (and black box data recorders) and which by dint of that are almost impossible to track/control and thus a pebble in the shoe of the powers-that-be. Almost all such vehicles came with carburetors. And it may be no accident – or at least, a convenient accident – that ethanol “gas” is deadly poison to carburetors, which unlike fuel injectors have lots of small parts made of materials that do not like alcohol.

At any rate, this appears to be the New Normal – if you own an older (carbureted) vehicle. Regular teardowns/cleaning of the carburetor(s). Using fresh gas helps. So does adding fuel stabilizer. And if you can, drain the bowls (and tank) prior to long-term storage. Even better, don’t use ethanol-laced “gas” at all if you can possibly help it. Unfortunately, many of us cannot help it. Real gas – gas that actually is gas,not 90 percent gas and 10 percent ethanol alcohol – can be hard to find, especially if you ride (or drive) outside the orbit of your local fill-up joint that has the good (the real) stuff. 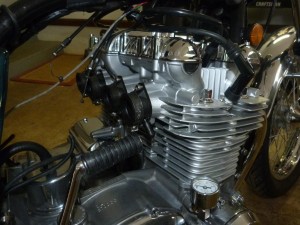 Even still, you’ll probably end up doing the job I just finished doing – and doing it pretty often.

While I had the carbs apart, I decided to go a little richer on the main jets, from the number 122.5s I had in there before to 125s. Mind, my bike is modified. It has a big bore kit (with high compression pistons) a not-stock exhaust and it breathes through pods, not the stock air box. It needs more fuel. Yours may need less. But be careful not to go too lean. Go too rich and your bike may not run great, it might foul the plugs – but it won’t hurt anything.

Air-cooled old bikes especially may overheat dangerously as a result of a too-lean air-fuel mix.

You will also want to check synchronization (on multi-carb bikes) which is easy to do … if you have the right tool (a manometer, which measures vacuum/pressure; if you have a four-carb bike, you will need one with four “channels”; this is the unit I use). You’ll also need to check the throttle cable adjustment and (if you have an old Kaw like mine) the idle air bleed screws.

All buttoned up, the bike runs a lot better. The amazing thing, though, is how well it ran before. Even with two completely clogged pilot jets, and crud-encrusted internals.

Old Kaws are hard to kill.

Even though they’re trying hard to do exactly that.