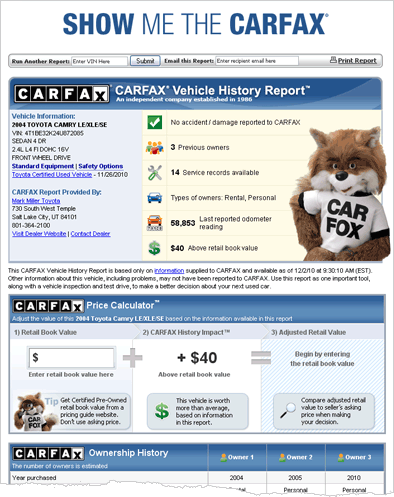 You’ve probably heard about Carfax (and similar services, including AutoCheck and EpicVIN) that offer “vehicle history reports” which search state motor vehicle and insurance records using the car’s vehicle identification number (VIN) sussing out potentially radioactive problems such as major accident damage that may not have been disclosed by the seller. 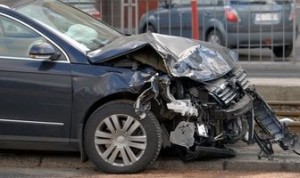 These services typically charge $30 or so for a single vehicle report – or (in some case) you can buy a subscription that lets you check multiple vehicles for a set price. Epic – a newcomer  – charges the least: $7.99 per report (with a supplementary auction report that covers wholesale auctions, where title skulduggery is more common, available for an additional $2.99).

Well, is it money well-spent?

Generally, yes – but in the same way that a radar detector is worth the money. In both cases, there’s no absolute guarantee that you’ll avoid a problem. But it’s fair to say it’s guaranteed your chances of having a problem will be reduced.

Your car’s VIN is comparable to your Social Security number. It’s a unique to the vehicle and used to record and track information about the car from its date of manufacture forward. If you look at your title and registration paperwork – as well as your insurance paperwork – it will have the vehicle’s VIN. This means such things as date of original sale and subsequent sales to new owners (if any) ought to be on record. Also the mileage at each sale, which can be very helpful in terms of sussing out odometer fraud.

The latter is one of the major “worth it” factors here. If, for instance, a report uncovers a disparity between the mileage a used car has today vs. what it had three years ago (i.e., the advertised mileage now is 58,326 but three years ago it was 158,326) you’ve just saved yourself a lot of trouble for less than the cost of less than half a tankful of gas.

Another big one is evidence of a “salvage” title.

What’s a “salvage” title? It’s issued to the owner of a vehicle whose car was considered a total loss by the insurance company, as the result of accident or flood (or similarly extensive) damage. What sometimes happens is the insurance company will cut a check for a certain amount, but leave it up to the owner to either repair the car or throw it away and use the money to buy a replacement car. If the car is fixed so that it appears to haver never been damaged and then re-sold, one of the ways of finding out that it was previously damaged is via the vehicle history search – and evidence of a “salvage” title on file. 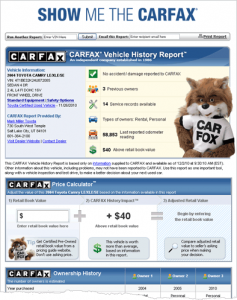 However, it’s not guaranteed that a previously damaged vehicle will be identified as such.

For instance, if a vehicle is in a major accident but the damage is not reported to the insurance company (no claim filed) and the owner has three car fixed on his own, there will be no record of the damage for the vehicle history report to find. A report run on such a car will come back “clean” – even though the vehicle had in fact been badly wrecked. Also, laws vary state to state, with loopholes making if possible to “wash” a damaged car’s history by shipping it from one state and re-titling it in another.

This is why it’s important to double check.

Run the vehicle history report, by all means. Spending less than $50 dollars on a purchase involving many thousands of dollars is absolutely money well-spent. But follow up this initial “virtual” (online) screening with a more thorough physical screening. If the car was ever in a major accident, there will be physical evidence of this. Some parts of the car will look newer, for instance. Modern paint-matching techniques are very good, but a trained eye will be able to tell partial repaint, nonetheless. There will usually be evidence of overspray, for example. This never happens at the factory because the body panels are painted before such things as exterior trim and weatherstripping are installed. A person who knows what to look for will also notice evidence such as bent – and repaired – suspension/frame components. Non-factory welds (e.g., frame repairs) are usually easy to spot. Be suspicious of an underside slathered with black tar “rustproofing.” This one way prior damage and evidence of repairs done is hidden from causal view. Keep in mind that no car built since the late 1980s needs aftermarket “rust protection” – and in fact, applying “rustproofing” to a car already exposed to the elements (i.e., one not fresh off the assembly line) will usually accelerate rust by trapping moisture that would otherwise dry out. 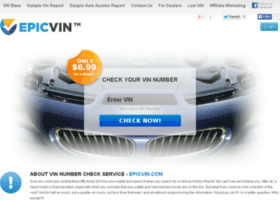 There are other clues, too – such as weird “tracking'” or alignment problems, which hint at serious accident damage to the car’s frame. If the car has trouble staying in its lane without counter-steering, that’s a bad sign. So is uneven tire wear, especially on opposite axles (i.e., the right front tire seems obviously more worn out than the left front tire).

VIbrations through the steering wheel are another red flag.

Now, it’s entirely possible any of the foregoing  could be due to ordinary wear and tear, the need to have shocks or struts replaced – an out of round brake rotor or bad brake caliper – and so on. But it is imperative – if you want to avoid inheriting someone else’s ex-wreck – to determine whether a drivability problem is the result of normal (and easily fixable) wear and tear. Or something much more serious.

Also be aware that the “we’ll buy it back” guarantees touted by Carfax and the other services have lots of “outs”… for them. Due diligence is just as important when reading the fine print as it is when you’re checking out the car itself.

What Will We Say?