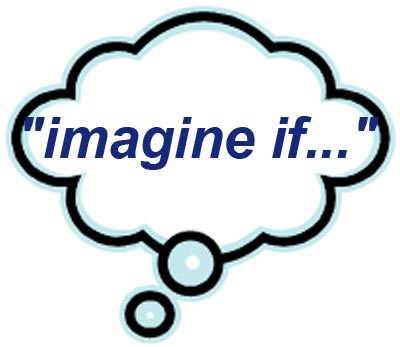 Imagine if you actually owned your car once you paid the seller for it in full. 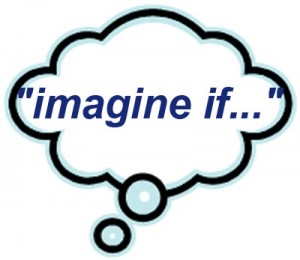 Imagine being able to just go wherever you wanted to go, whenever you felt like going –  without having to obtain permission or explain yourself to random armed strangers. Without having to carry “ID.”

Cattle are fenced in and have ear tags.

Most people seem unable to draw a parallel.

Imagine your adulthood being respected. That it’s up to you to eat a balanced diet – or wear a seat belt.

How about being free to buy a car without air bags? Or a back-up camera? Or a tire pressure monitoring system? It’s probably a good idea to have a fire extinguisher in the house. But no one forces you to have one – much less have three in every room in the house, for “safety.”

Why don’t we have the same right to decide for ourselves when it comes to our cars?

Imagine riding around in the bed of a pick-up truck, wind in your hair, on a warm summer afternoon. Or the same on a motorcycle – without a helmet, if you wanted. 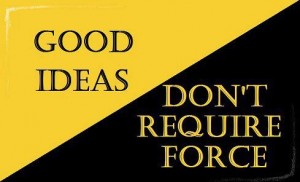 Imagine, in other words, being free to do as you liked – rather than being told what to do by others, or else.

America was once a great country – not because it was powerful but because its people were, for the most part, free. Their “safety” was their own business.

Which meant it was none of the government’s business.

The government’s business – if it had any at all – was to keep people from harming other people.

Not to parent people.

But then a strange thing happened. The people who comprise the government used the magician’s trick of misdirection, got people who were just people to think of the people in government as something more than just people. To assume for themselves the role of superior beings – whose superior judgment must be deferred to.

And – somehow – the people who don’t comprise the government accepted this. Probably, because they never thought to question it. Which is likely a function of their not having been taught to think at all.

And so it came to pass that things which, if done by an ordinary person, would be regarded as completely out-of-bounds (for example, the effrontery of ordering another adult to “buckle up” or demanding to see his “ID”) became somehow ok because the people doing them gave themselves titles and became a kind of secular priesthood, serving a god called government. Which those outside the government had been trained to reverence.

This god is jealous and patriarchal – as well as maternal.

But like all gods, he is really just men (and women). Pay attention to that man behind the curtain.

Gods – secular and otherwise – don’t do much on their own. They don’t event write books (or regulations).

It is men and women, no better (and often, much worse) than other men and women who claim to be god – or that they hear him and are merely doing “his” bidding.

A fairly sizable percent of humanity has seen through the sectarian con and aren’t buying it anymore. The hocus pocus of the priesthood has lost much of its former power, hence its authority. More and more people, for example, see the pope as a well-meaning (well, maybe) old guy in a funny costume who never got laid.

Not as someone who has conversations with an unseen but omnipotent bogeyman and – accordingly – whose pronouncements carry the weight of omnipotence. 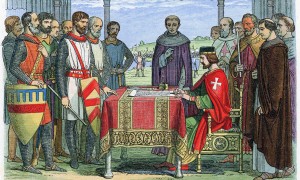 But the secular priesthood remains as powerful today as the Catholic Church was prior to the Renaissance.

Magna Carta, for instance, limited the power of the secular priests – denied their “divinity” openly, right there on the parchment.

But as the power of the secular god was restrained, the power of the sectarian god grew – to the extent that even to hold a “heretical” opinion regarding “him” or “his” doctrines (as transmuted, of course, by men) was enough to warrant a death sentence, usually administered in the most savage and painful way imaginable. Today, the church has no such power – much as its priests would no doubt love to recover it. But as power abhors a vacuum, the secular church has filled the void. It has assumed the universal (catholic, small “c”) authority once held by the church – including the power of life and death over ordinary people.

Perhaps one day the race will grow up and shed this seemingly instinctive need for gods – of whatever variety – and come to the realization that there are just people. Some of us smarter, perhaps – others less so. None of us perfect, let alone infallible.

But all of us having the same equal and absolute right to be left in peace provided we ourselves are peaceful.

A Word About David Knight. . .