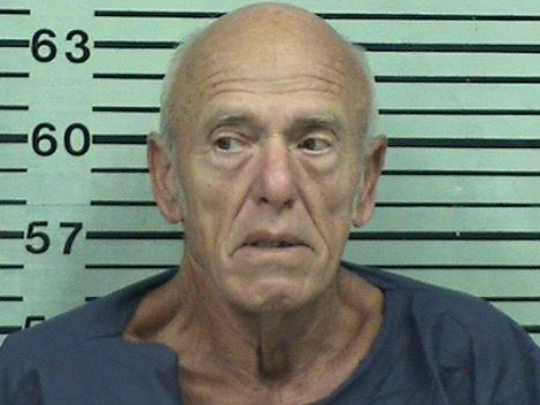 You may have seen the video.

A guy on motorcycle, girlfriend riding along, blitzes by some cars. Well, he tried to. An aging psychopath in the lead car by the name of William Crum – who apparently believes that passing over the double yellow and above the speed limit ought to be a  capital offense – deliberately swerved into the path of the bike, causing its operator to lose control and wreck. There were injuries but – amazingly – no death.

Which the crazed car driver laments.

When queried about what he’d done, Crum stated, “I don’t care.”

And why doesn’t Crum care? Because – his words – the biker was “one of those turds that was doing something wrong.”

Which apparently entitles him to perform a discretionary four-wheeled execution at 60 MPH.

Many people appear to agree. Here are some comments copied from the web site, Jalopnik, defending Crum:

“know how this all could have been avoided?

1. Not riding since he had an invalid license.
2. Not breaking the law and passing in a double yellow zone.”

“The guy was riding without a license. It follows that maybe he should have been more careful then not.”

“I don’t know, I see motorcyclists like this and they are reckless, dangerous imbeciles. Plus he had a passenger to boot. Also, I think it’s possible that the driver wasn’t trying to hit him, but scare him, as he swerved over well before the biker got to him, not at the same time as if he was intentionally trying to hit him.” 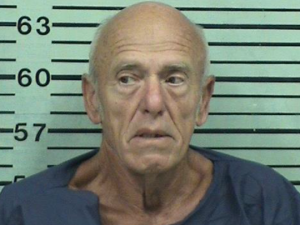 Interestingly, it turns out that Crum was also “doing something wrong.” Several things. CBS News reports that Crum has a criminal rap sheet dating back to the ’90s and has been previously charged with assault, reckless driving and making terroristic threats.

Clovers – and Crum qualifies for the vice presidency of the club, at least – are violent.

But in an arbitrary way.

When another person does something they, personally, do not approve of, then it’s ok to kill them. But I expect Crum would object to being put up against the wall for his “done something wrong(s).”

This incident (and subsequent commentary) reveals the Clover mindset in all its pustulating glory. Subjective, arbitrary, self-justifying. Never principled. This characteristic incoherence manifests in numerous ways, including the inevitable atrocious grammar and usage mistakes.

Thinking is a bridge much too far.

Anyone believe – even for a a moment – that this creep was bitten by a spider, as he later claimed? The local Hood County, Texas DA doesn’t believe him. Crum has been charged with multiple felony counts of aggravated assault and is currently behind bars. 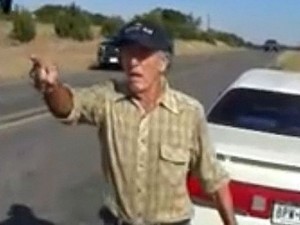 Most of us have encountered Crum’s type at one point or another. The type who cannot abide another vehicle passing them. And who will sometimes do almost anything to thwart it – including swerving into the path of the vehicle trying to pass or (yes, indeed) speeding well above the lawful maximum, then slowing back down to below the limit once the would-be passer has been successfully thwarted.

These people are not right in the head, it goes without saying.

But then, neither is the system – and we get what we encourage.

In this case, for instance. Why was it illegal for the biker to pass? The country is being painted over double yellow. Legal passing zones are becoming as rare as kids walking home from school. Take a look at the video. The road is straight, the sun is high – and there is no reasonable reason why passing ought to be illegal. Especially on a motorcycle, which (if you’re not a rider, you may not realize) has explosive acceleration capability that very few cars can match. Executing a quick – and safe – pass on a bike is just that.

But Clovers like Crum believe it ought to be illegal to pass pretty much everywhere. Because they are uncomfortable with it or – more likely – they simply can’t abide the idea of being passed. By painting over all the formerly legal passing zones, they get this codified; they confect a “crime” that has no victim – a Clover’s favorite thing.

And when some poor rube decides that ignoring such a law is morally neutral (since there’s no harm, no victim) it becomes Clovers’ mission to make a victim out of him. 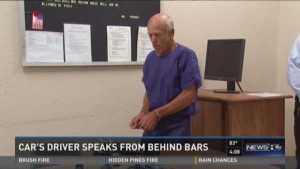 Thus Sanders – the biker – who harmed no one, finds himself charged with passing in a no-passing zone and operating his motorcycle without a license. He becomes the victim. Of Crum. And of the state, which creates Crums and encourages Crums.

None of this would have happened if the idiotic double yellow (no passing) zone didn’t exist. Crum/Clover would not have felt entitled to enforce the law; would have been restrained in his actions by the knowledge that the biker hadn’t done anything actionable by passing – and that his actions (swerving into the path of the biker) would find no justification under the law.

Its the fault of a system – the government – that creates the necessary conditions for social friction, with its inevitable consequences.

Crum is thus a mere Golem, set loose among us in his millions.

Don’t focus on him; he is just a mindless – if vicious and loathsome – animal. Focus, instead on his keepers and handlers.

Then we’ll begin to get a handle on the problem.