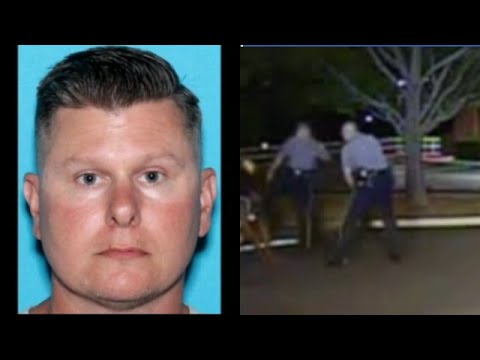 Years ago, when I worked as an editorial writer at The Washington Times, I got to know the curmudgeonly – and brilliant – writer Sam Francis. One of his most astute observations was that we suffer under a system of anarcho-tyranny. He meant by this that the government does as it pleases, regardless of “the law” (including the Constitution, which is supposed to be the law)  while viciously persecuting ordinary people over even trivial infractions of law. 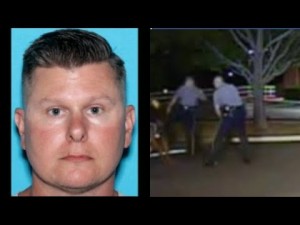 This neatly describes the reason for the increasingly public and general dislike of cops – who are the government’s enforcers (their own term).

But it’s not the enforcement, per se, that enrages.

Another example of this hit the news recently when a brutal Dover, Delaware cop was awarded a quarter-million dollar pension and four months of full salary (and benefits) on top of that as his “punishment” for kicking a man in the face as hard as he possibly could – breaking the man’s jaw.

The man – Lateef Dickerson – was walking down the street when the squad car rolled up and Corporal Thomas Webster and his partner exited the vehicle, guns drawn, barking orders.

Dickerson may or may not have been involved in a fistfight at a nearby gas station. His chief crime was that he “fit the description” of one of the men involved.

The relevant thing is that Dickerson was clearly not aggressive toward the cops when they pounced on him like hyenas. 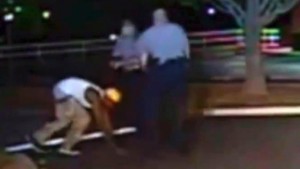 In the damning dashcam video that resulted – eventually – in Webster’s slow-motion dismissal from the Dover Police Department, we see Dickerson ( a slightly built black man) raise his hands in the “I surrender” pose and begin to “get on the ground” as ordered by Webster and his partner. As Dickerson is assuming the position – and again, not resisting, not attempting to get away and certainly not a “threat” to the “safety” of the two armor vest-wearing, heavily armed cops – Webster very deliberately and utterly gratuitously delivers a Clockwork Orange-style ultraviolent kick to Dickerson’s head.

This could have killed him.

Luckily (if that’s an appropriate word) Webster’s brutal kick to Dickerson’s head only broke his jaw.

Of course, Webster was not immediately arrested by his partner – who witnessed the assault. So much for enforcing the laws against assault.

Dickerson was later awarded a settlement of $15,000 – paid for out of the taxpayers’ pockets, not Webster’s – which maybe paid for a portion of his hospital bills,

Webster, meanwhile, was eventually awarded $230,000 as well as being given another four months’ pay and benefits (through June 30 of this year) even though he will not be “on duty” during this time. In effect, four months’ paid vacation on the taxpayers’ dime … for breaking a man’s jaw on purpose (Webster didn’t slip; the kick was not accidental). 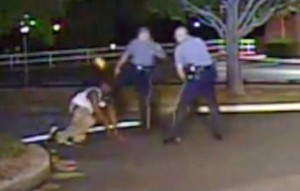 Originally, after the video was viewed by local prosecutors, Webster was  charged with a minor felony – second degree assault. But a cop-centric grand jury failed to indict. This was in May of 2014. In December of 2014, another attempt to prosecute was made. After five days of testimony, the jury failed to convict despite the video evidence, which is pretty damning. Webster was back “on duty”  for another year-plus while the “separation agreement” that awarded him $230,000 in pension plus four months’ pay and benefits was hammered out.

Webster walks away rich – or at least, pretty comfortable. And worst of all, he is free to resume his profession anywhere except Dover … like a kid-touching priest shuttled from one diocese to the next. Wherever he goes next, the populace will have no idea who they’re dealing with. And will probably end up on the hook paying off his next victim.

Had the roles been reversed – had Dickerson kicked Webster in the head and broken his jaw – is there any doubt in anyone’s mind that Dickerson would at this moment be serving at least five years in prison for felony first-degree assault? He would then be an unemployable convicted violent felon for the rest of his life. His felony record would follow him everywhere, forever. 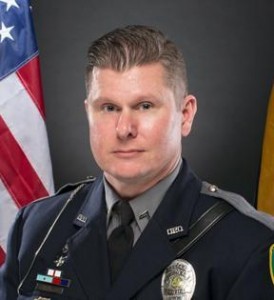 And it goes without saying that Webster would have had the law at his back had he defended himself from such a vicious, unprovoked and unjustifiably violent assault. But had Dickerson so much as raised his hands to ward off the potentially lethal, potentially brain-damaging kick of Webster, it would have constituted “resisting” and a “threat to officer safety” – and could very well have ended Dickerson’s life right there.

Webster would likely have drawn his gun and executed Dickerson.

And no indictments would have been forthcoming.

They get to do whatever they like to us – while we had better damn well do exactly as they say.

And even then, it’s no guarantee we won’t get a kick in the head.

Will it ever change? Only if the laws do. And only if cops are held to at least the same standard we’re held to.

It’s Not the Jab – It’s the Precedent