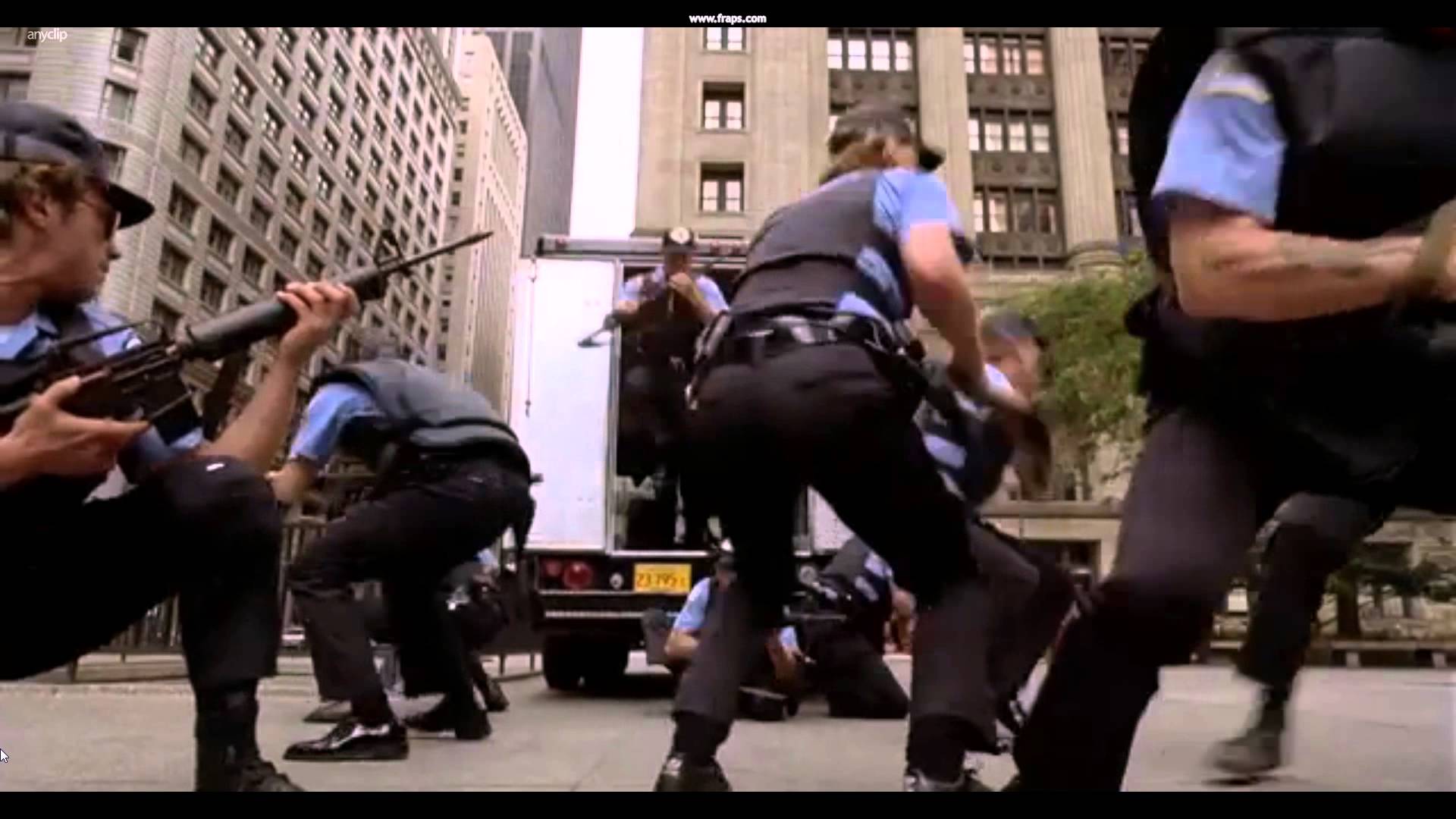 It’s like a Monty Python skit – except it’s not funny.

The Covert Joint Mobile Mission. Sounds all rugged and special ops, doesn’t it?

But these body-armored geeks are just jacked-up traffic cops looking for seatbelt violations and such. In a blacked-out tour bus, these low-rent Rambos prowl the North Texas highways looking for offenders. The height of the coach giving them a bird’s-eye view inside your car.

And if they see you’re not buckled up for safety or texting then – Hut! Hut! Hut! – they radio to a colleague in a car who Hot Pursuits the dangerous scofflaw.

All beady-eyed and buzzcut, their mirrored sunglasses reflecting their resolve.

“A good observation platform,” explains one bullet-headed Geek …while his partner earnestly scans traffic, walkie-talkie in hand, ready to pounce.

“Ok, this other white Dodge with paper plates… they were texting while driving.”

It’s just like Kandahar – only the “indigs” are just people trying to get to work rather than working on IEDs.

Of course, these Heroes are not themselves buckled up for safety. Apparently, the laws of physics do not apply to those in special costumes.

Much less the laws we’re expected to obey.

Like the laws against exceeding the speed limit, ever – for any reason. It applies to us but not to them.

Never point this out. It is like trying to teach a pig (whoops!) to sing. It gets you nowhere and it makes the pig angry.

Remember, it’s all about keeping us safe. We are delicate Faberge eggs and they are our conservators and guardians, vigilantly watching over us for our own good.

According to a news report (see video) unternehmen sicherer Fahrer (the German – so appropriate – rendering of Operation Safe Driver, the aktion authorized by the Covert Joint Mobile Mission ) resulted in the issuance of 86 pieces of paying’ paper in just three hours. 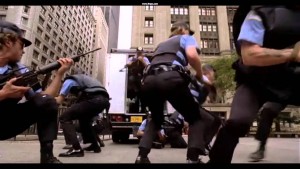 Which ought to just about cover the cost of fueling the tour bus and trolling the highways of Texas for three hours.

But not the cost of the bus.

Which was either seized (that is, stolen) extra-judicially as part of the “war” on possessing various arbitrary substances the state has decreed we’re not allowed to possess… or stolen by proxy – by stealing money from ordinary working people to buy the thing.

We are fleeced to finance our further fleecing.

The Geeks are, of course, a lost cause. They literally screen for low IQs and authoritarian personalities. Order followers and order-barkers. It takes that kind to participate in something like the Covert Joint Mobile Mission. 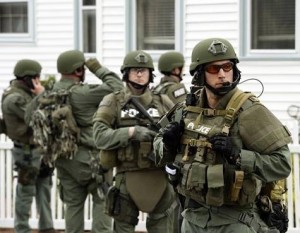 Thinking people tend to be decent people and would be put off by such activities. Which is why thinking and decent people are scarce commodities on the other side of the Thin Blue Line these days, as the profession has morphed from being at least nominally concerned with keeping the peace to enforcing the law.

Imagine your mortification – assuming thoughtfulness and decency – had you joined up thinking you’d be serving and protecting only to find yourself spending your days harassing and collecting. Riding around in a tour bus scanning the horizon for seatbelt violators and sail fawn scofflaws. It’s enough to make a man throw up.

But of course, we are not dealing with men.

What grates worse, though, is the adulatory media coverage – of a piece with the coverage performed by media “embedded” (that is, controlled and compliant) with the “troops” (the real Hut! Hut! Hut! Hutters!) who are “fighting for freedom” (that is, serving as mercs/cannon fodder for Kellog Brown & Root and General Dynamics) overseas.

It’s the same principle, though:

These dangerous dumbkopfs in uniform are not bright enough to appreciate their role. If they did, perhaps they’d have second thoughts. But the media people ought to and probably do know better – yet steadfastly amen the Party Line. Whether it’s “fightin’ for freedom” or cruising the highways for “our safety” you will never hear a questioning or contrary word.

Yessir, they are are Heroes... not geeks with dangerous toys that ought to be taken away from them and who have entirely too much time on their hands- and their hands way too deep in our pockets (among other places).

No media person would ever hint at such a thing.

Because they, too, have a job to do.

Touch 1 If This is a Warranty-Related Claim