Have you ever set (or paid to have someone else set) point gap?

The answer dates you.

If the answer is yes, then – probably – you’re old enough to buy beer.

Otherwise, you probably have no idea what “points”  – in the mechanical sense – are. Much less how (and why) “gap” is an adjustment that must be made every now and then. If you happen to have a car that’s at least 40 years old… .

Your vintage may be a bit more recent if you remember what the first thing you needed to do in the morning to get your car started was.

Hint: It’s the exact opposite of what you do today. 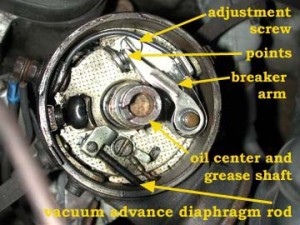 If you know the answer, you probably know what Grunge Rock  is – and may even have some flannel shirts in the closet somewhere.

You push down the gas pedal to set the choke. That’s another bit of automotive apocrypha fading fast in the rearview.

The choke was a mechanical plate – mechanically or thermostatically controlled – that snapped closed to restrict airflow to the carburetor – another ancient device, long departed. Closing the choke richened up the air- fuel mixture to help get the cold engine started.

You sometimes had to pump the accelerator pedal several times, too, in order to feed some gas to the engine.

Then, you’d key the ignition and crank the starter. Sometimes, you had to crank the engine for awhile, until the mechanical fuel pump pushed enough fuel into the carburetor’s bowl to get things going.

There was an art to it. 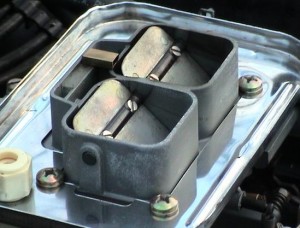 Back in the day, a car’s starting protocol could vary. Some cars wanted you to depress the accelerator pedal halfway down while cranking; others wanted two pumps and then let it back up. Today, of course, the last thing you’re supposed to do is pump the accelerator pedal – and there’s no choke to set. Just turn the key.

Or – more commonly – push the button.

Here’s another golden oldie: The button on the floor for the high beams. It was cool because you didn’t need to take your hand off the wheel and fiddle with a stalk (as today). The one downside – if the car had a manual transmission – was that your left foot now had one more thing to do.

Which is probably why floor-button high beams are no more. 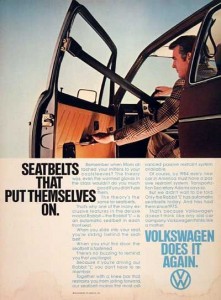 Be happy you missed it.

Did you know that – once upon a time – oil came in cans? Not plastic bottles like today that you can empty without making a mess.

Like peas or corn come in – and you opened them similarly, with a punch. And – inevitably – made a mess. The spillage was Valdez-like, in part because there was no way to reseal the empties – which of course still contained enough oil to leak all over the place if one tipped over. This – like pre-Novocaine dentistry – is a thing about the past no one (me included) misses much.

One thing I do miss is being able to pop the hood without rooting around underneath the steering column/footwell for the release button. Cars built before the ‘80s usually had an outside hood latch. It was easier to pop the hood. For thieves, too. 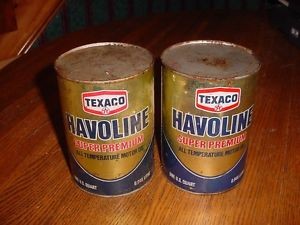 T-tops are gone, too.

And for that, you can blame Uncle.

The problem, Uncle-wise, with T-tops is that it’s hard for the roof to support the car when it’s upside down after you’ve taken a Sawzall to it and cut out a third or more of the steel and replaced it with two removable glass panels.

Which is what they actually did.

Early T-roofs were installed after-the-fact, by the dealer or a shop the dealer sent the car to. They took a saw, rough-cut the holes, made them look presentable with trim – and fit the glass sections to the resultant opening.

That was the other problem with T-tops. 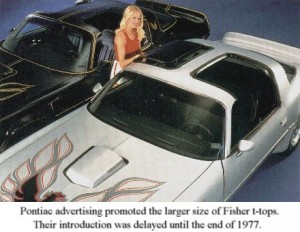 They tended to leak.

Later – factory installed – T-tops were much improved (tended to leak less) but there was still the problem of retaining the structural integrity of the roof itself. It could probably be done today, but T-Tops have gone out of fashion – like Jordache jeans and Mohawks. But Mowhawks are making a comeback, so who knows?

Maybe, as they say, there is hope!