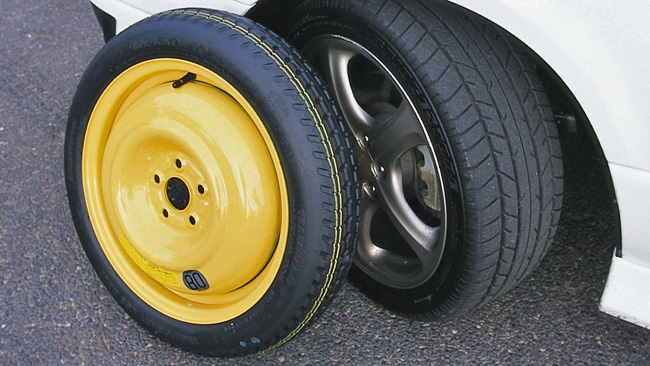 If the government is so concerned about our “safety,” why doesn’t it require cars to have real spare tires? 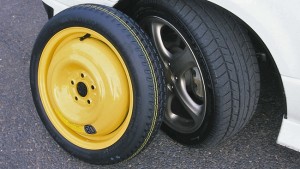 As you may know, most new cars don’t … because of the government.

Well, because of government fuel economy mandates – which pressure car companies to shave off weight wherever possible in order to lighten up the cars they build in order to decrease the amount of fuel they use.

The catch is that it’s hard to lighten up cars without also compromising their ability to absorb impact forces in a crash.

Spare tires are not structural; they don’t help a car’s crash test scores.

But they do add weight. And the additional weight reduces fuel economy. So, they go.

There are very few – if any – new cars that have a proper full-sized spare. That is, a wheel and tire exactly like the others, interchangeable, that can replace any of them.

Permanently, if need be. 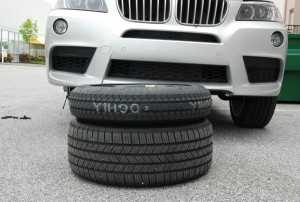 In the days before Uncle became Chief Engineer – before the federal government laid down ever-escalating demands that new cars deliver “x” MPG or else so-called “gas guzzler fines” would be applied – and transferred to the buyer – most new cars came with a full-size spare.

If you got a flat – in particular, a non-repairable flat such as a sidewall blowout or tear – you weren’t stuck. Possibly, in a not-good part of town. Or by the side of a busy freeway.

You could pop the trunk, jack the car up, replace the flat with a wheel/tire just like the others – and drive away.

Because the spare was the same size/type as the other three tires.

Modern cars – if they have a spare at all – typically have a “space saver” (really, a weight-saver) tire. It is also known as a “donut” spare – because it’s not really a spare.

It is a temporary, emergency-use only tire. It says so, right on the thing.

Because it is typically a very tall and skinny thing, with a disproportionately smaller footprint than the damaged wheel/tire it “replaces” – which it doesn’t, really.

Again, read the bright yellow warning label on the thing. 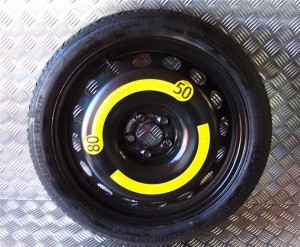 It will warn you that the “space saver” is designed only to get you – to gimp you – to the first place within 50 miles or so that can sell you a real tire. That is, a tire of the same type and size as the one that went flat.

The space saver is not designed – not safe – to drive on at sustained speeds above 50-something MPH, either. Not my opinion; read the warning label.

That’s great news if the next-closest service station/tire shop is 50 miles away… on the Interstate. Where traffic is running 75-80.

It will also impart evil handling (and braking) characteristics because of its skinnyness.

This is becoming a serious safety issue.

When space savers first came out – back in the ‘70s – most cars still had 15×7 wheels. The space saver was smaller than the others, but not as disproportionately so as is typical today. Because, today, most new cars have at least 16 inch wheels and most have 17 or 18 inch wheels. Many have 19 inch and even larger wheels – with 50-series (or even wider) tires. Try to imagine the effect on a car’s balance when one of the four – your weight-saving “donut” – is a fourth as wide as the other three. That much-reduced contact patch on one corner of your car becomes a big safety problem in the event you have to brake violently or swerve. 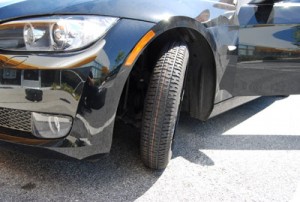 Yet Uncle is mute.

This is of a piece with Uncle’s blase attitude toward the killer airbags every car built since the late  1990s has as part of its mandatory suite of “safety” equipment. And it’s not just the killer Takata air bags, which are of defective design. The ones that aren’t defective and work exactly as designed also kill.

No mewls, either, about the increased risk of side-impact accidents resulting from the driver pulling into traffic from a side street being unable to see traffic barreling his way because of the six-inch-thick A, B and C pillars necessary to make the car’s roof strong enough to support the weight of the car if it turns upside down (another of Uncle’s “safety” mandates) or the impaired view to the rear caused by tall, vision-obstructing “anti-whiplash” head rests – also mandated by Uncle for “safety.” 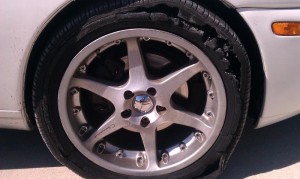 And many new cars don’t even have the “donut” spare. It adds weight, too. And that makes it awfully tempting to ditch it, in order to achieve even a fractional uptick in MPGs.

In lieu of the “donut” some cars have run-flat tires or inflator kits. These are nifty, assuming a conventional – a repairable – flat. If you’re dealing with a sidewall tear (or a bent rim, as from hitting a bad pothole) you are out of luck. No inflator kit is going to fix that. You are stuck.

In a bad neighborhood, perhaps. Or maybe by the side of a busy freeway, far from home – or help.

But it’s Uncle’s gift to you.

Big Sister Has a Name