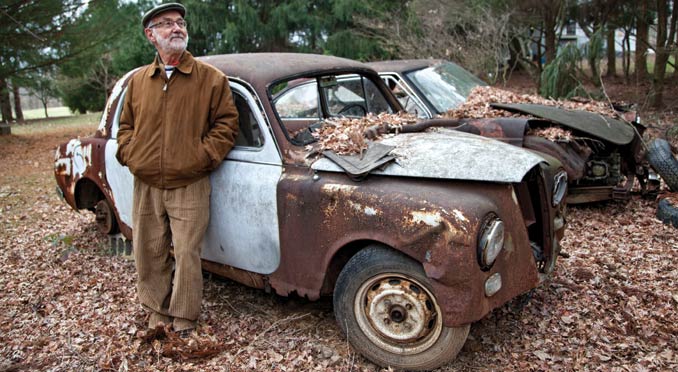 Modern cars have been around a long time – at least three decades, since the mid-late 1980s. This was the period when the first electronic fuel injection systems and ECUs (the computer that controls the fuel injection and other functions) were installed in mass-produced cars. 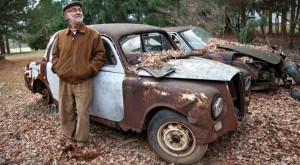 Cars built before the 1980s are not merely old, they are ancient.

Literally, but also in a deeper sense.

A car built in 1979 has more in common, design-wise and functionally, with a car made 70 years prior than a car made just five years later. The ’79 has no computer; it has a mechanical fuel-mixing device called a carburetor – which the first Model T Ford (1908) also had. The car did not self-adjust anything. You – or your mechanic – adjusted everything.

This has its upsides as well as its downsides.

* Most major components are mechanical. Kind of like a mousetrap in that you can see how they work (or not) and – if they’re not working – you can take them apart, repair them and put them back together. If done right, which isn’t difficult, they are now good as new. And this can be done many times, over many decades. Usually, with inexpensive hand tools and some patience. It’s a big contrast vs. modern cars, which have numerous non-repairable electrical parts whose workings can’t be directly seen and which you usually just throw away if questionable and replace with a new part. 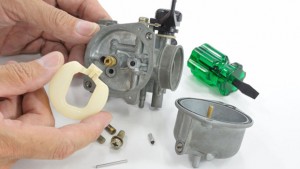 * Problems are easier to diagnose – because there are fewer potential things that might be wrong. The ancient car’s entire fuel delivery system, for example, consists of the carburetor and fuel pump. If there’s something not right with the fuel part of the equation for internal combustion to happen (the other two elements being spark and air) and you’ve checked out the carb and fuel pump, you know your problem lies elsewhere.

With a modern car, you have the fuel injection system and the computer that runs it and the multiple sensors and associated/extensive wiring (and connections) the computer depends on to run it, plus downstream parts such as oxygen sensors in the exhaust system, all of these parts being inter-related. More potential diagnostic issues to deal with.

Plus, mechanical parts often give you warning they’re wearing out or need attention. Electrical parts often just stop working. Mechanical parts can often be gimped with bailing wire and screwdrivers. Enough to get you mobile and back home. With electrical stuff, you are more likely to be stuck until someone sends a truck.

The youngest of them are now over 30 years old. That is not just a long time for a car to survive. It is a long time for knowledge to survive. You may discover that repair shops lack an “old timer” who understands ancient technology like carburetors and knows how to adjust/repair one properly. It may be on you to learn how to adjust/repair the carburetor – and other old-timey systems (ignition points, for instance, which many ancient cars made before circa 1975 will have). 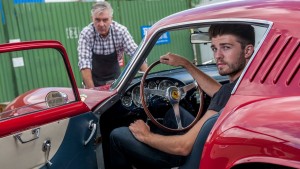 *Parts may be hard to find. Or at least, find easily. Car parts places stock commonly needed parts; this includes basic things like oil and air filters. The latter, especially, can be hard to find for ancient cars because they are not like modern flat air filters. They are oval (some of you may recall) and if you have an oddball model, it may be a quest to find a new one.

If you do find the filter, buy two.

You may also discover that reference manuals – the ones used at parts places to find parts – only go back 25 years or so. If your car is 30 or more years old, you may have to get familiar with specialty suppliers (Year One, for example) that specialize in… ancient cars.

*Ancient cars will need more attention. More regular attention. Unlike modern cars – which can and usually do run perfectly for tens of thousands of miles without any adjustments at all – an ancient car will need maintenance/adjustments after just a few thousand miles. Oil and filter change intervals are shorter and ancient cars need annual or thereabouts tune-ups, something modern cars almost never need. Because modern cars are cleaner running and self-adjusting. The EFI system, for example, maintains the perfect air-fuel ratio, adjusted automatically. There is no choke to set. An ancient car will need to have its carburetor adjusted seasonally (spring and fall) its ignition timing checked … and so on.

None of the above is BigStuff, but it is stuff you’ll have to deal with more often. Modern cars have their own stuff, of course – and for some of us, the Ancient car’s stuff is preferable to deal with, probably because while there’s a lot of it (I will get into this in more depth in a follow-up article) it is in many ways less intimidating. Simpler, cheaper.

Which – for those of us who like ancient cars – is a big part of the fun of owning an ancient car!