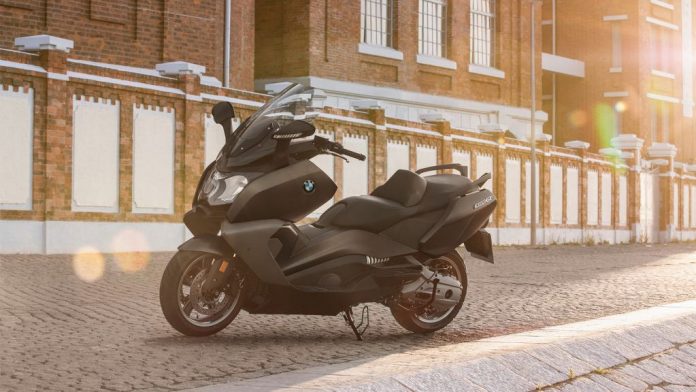 It’s hilarious that they get away with calling something like the ’17 BMW C650 GT a “scooter.”

It is a step-through and it doesn’t have a manual transmission. By those measures, sure, it’s a scooter. What time does Matlock come on?

But it’s also something else.

Among my personal entourage of bikes is an ’83 Honda Silverwing – a “real” motorcycle – but of a type they don’t much make anymore . . . unless you buy a (cough) “scooter” like this BMW.

There was a time when you could pick from among any of several middleweight touring/commuter bikes, with full fairings to protect from the elements and hard bags/storage to make them just the ticket for replacing a car.

They had enough power to be comfortably highway/trip-viable, but were also light and nimble and easy to deal with in an urban/suburban environment – especially when compared with a full-size/fully faired touring bike.

Not much in the middle, at least not from the factory. 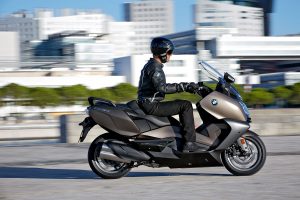 As it turns out, it is my ’83 Silverwing, re-imagined. Both bikes have liquid-cooled twin cylinder engines, though the cylinders are arranged differently (mine’s a really good copy – hey, it’s a Honda! – of a Moto Guzzi “twisted” twin, with the cylinders upright, almost, while the BMW has a parallel twin). They make almost exactly the same power (64 and 60 hp, respectively) top out around 110 MPH and deliver 50-ish MPG, no matter how hard you ride them.

But the BMW adds heated seats (two of them) as well as grips and an electrically-adjustable windshield to sweeten the pot. That and the fact that you can buy one new and fully warranted vs. a 40-year-old ratter like my ’83 GL you’d need to scour the back rows of Craigs List to find and then take your chances. 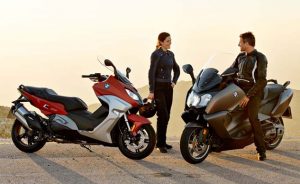 Both are mechanically identical and differ only here and there. The Sport looks more like a sport bike from head-on, with its bike-ish fairing and headlights, is slightly shorter overall, sits a bit lower,  is narrower through the hips and about 25 pounds lighter; it’s also available in sportier two-tone paint schemes – including Valencia Orange matte metallic – while the 650 GT is offered in more restrained Frozen Bronze, Blackstorm Metallic and Light White palettes. 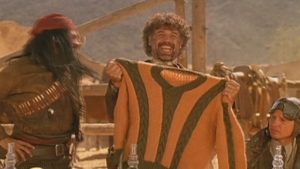 The GT is priced just slightly higher – $10,595 to start vs. $10,095 for the Sport. Both come standard with ABS and can be fitted out with heated seats and grips, BMW Motorrad 8 GB navigation and a rear-mount hard bag for additional storage.

Also available over the counter at your BMW store are flexible fabric “scooter coats” that attach to each side of the fairing to provide additional leg protection from rain and cold.

Both versions of BMW’s C Series scooters got a major update last year and carry over to 2017 unchanged.

A middleweight touring bike . . . as far as how fast it goes, how much stuff it can carry and how comfortably it can carry you.

Corners a lot better than a full-on dresser.

It’s a scooter, after all.

No “off” switch for the traction control/ABS.

It’s a scooter. You know the joke about scooters and fat girls… right? 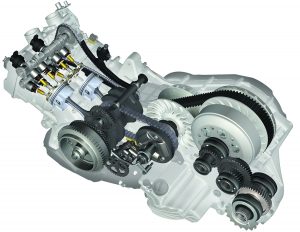 Both are water-cooled and have four-valve heads and spin to 9,000-plus RPM.

One big difference between the two – other than my Honda being carbureted while the BMW is, of course, injected – is that the C650 GT’s engine is a high-compression engine: 11.6:1 – so it wants premium. 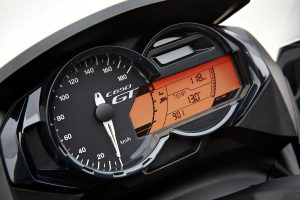 But these are not cars; the tanks are small and cheap to fill regardless – and the MPGs are high. The BMW can go 200-ish miles on its 4.2 gallons – which works out  about 50-52 MPG.

As it happens, this is another thing in common with my ’83 GL650 – which also gets 50-ish MPG and goes about the same distance on a full tank.

Another difference is the way the power is transmitted.

This is a “scooter,” so you expect the centrifugal clutch and single speed CVT transmission. But it’s also a BMW “scooter” – so it’s slightly surprising to find that it’s not shaft but chain drive. It looks – at a glance – like a shaftie. But that’s because the chain is enclosed in a case. 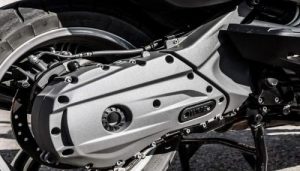 It’s bathed in oil, though – so no worries about having to grease it – and the case contains any mess. Might as well be a shaftie.

Though it is almost exactly 100 pounds heavier than my ’83 GL650 (575 lbs. vs/ 478 for the surprisingly svelte Honda) both bikes – whoops, the “scooter” and the bike – perform almost identically: 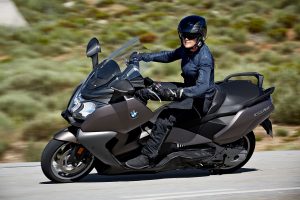 This is a strange animal.

On the one hand, it’s a scooter – and so subject to comments about Metamucil, Depends . . . . Florida retirement communities. And it will appeal to some of that set, certainly. No shame, either. .

The hips/knees go out, but you still want to ride. Or maybe you just like the way scooters ride. No clutching. Just twist – and go.

But this one goes very fast . . . for a scooter.  It is every bit as fast as my Honda – and while the Honda’s not a VFR or a CBR, it’s also not a Prius. By sport bike standards, its 14 second quarter is yawn-ish, but the fact remains that it’s still quicker than most cars. 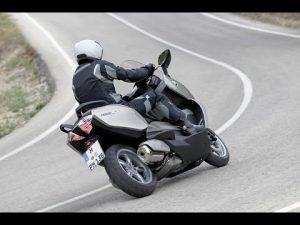 So is the BMW.

It has no trouble maintaining 75-80 (and then some) for as many miles as you need to go on the highway. The wind protection is very good. You can adjust the tilt of the windshield to deflect the slipstream in accordance with your height and there are two manual/pull-’em-out deflectors on either side of the main gauge cluster that can be used to tailor the breeze coming at you midsection.

As it comes, you might want more wind/rain protection for your legs, but you can buy those “scooter coats” mentioned above to fill that need. The available multi-stage seat (rider and passenger) and grip heaters are superior. If it’s not really cold out, you’ll find yourself turning them down, they can get so hot. But on a cold day, that kind of heat is exactly what you want. 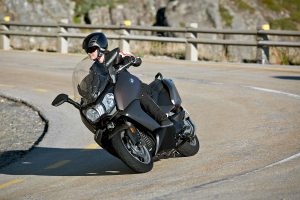 The thing will allow pretty radical lean angles without scraping the floorboards. I found I could get a lot more aggressive on this thing than on my Honda. Which feels (and is) top-heavy in comparison. It just takes a little mind-shift and getting used to the scooter layout, such as there not being a tank to knee. You can still use your weight to shift the bike – whoops, again! – but it’s more a steering thing than a hanging off thing.

Regardless, you can have real fun on this – with big cruiser bike dudes especially. They may ask you about your Depends, but come the corners, we’ll see who drops a load in their pants. 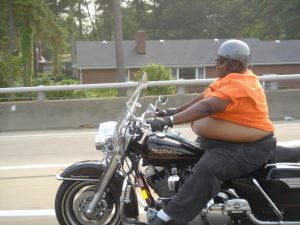 The chief negative – if your preference is for bikes – is there’s not much to do. Where there ought to be a clutch lever, there’s just another brake lever – and I found myself mostly (out of habit) using the one on the right to slow the BMW.

You could ride this thing one one handed. I’m kind of surprised the C650 GT doesn’t have cupholders. 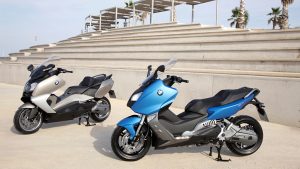 This is disarming. People in cars sometimes give bikers a Hard Time. So do cops. But a scooter? Being mean to one – and its rider – is kind of like being mean to nice old Uncle Fred, down in Florida.

Maybe it looks a little silly. But it’s a lot practical. The entire seat assembly swings forward, clamshell-style, to reveal a massive under seat storage well that can take helmets or groceries or Mini Me, if Vern Troyer’s available. 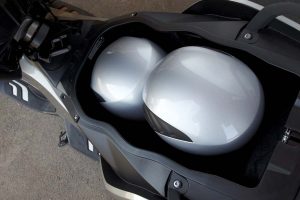 The step-through design is what appeals most to scooter prospects, though. That and a low seat height and running boards make it easier for the not-so-limber to  . . . step through and sit down .  .  . as opposed to climbing on and off, as you would on a bike. 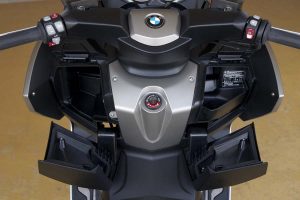 It may be a “scooter,” but it’s heavier than most middleweight bikes. Just 25 pounds shy of 600 pounds – before you get on.

The center of gravity is low, but all of that weight can still get away from you. It almost happened to me one time during my weeklong press loan. I was able to arrest the list – my bad, was fiddling with sail fawn at an overlook – and heave it back to vertical, but I am a pretty big and strong dude – and someone without my strength and leverage might have had troubles.

On the up (shiny) side… not only does the engine automatically cut off when you deploy the kickstand, an automatic parking brake comes on, too. The bike will not roll back on less than level surfaces – a yuge plus. 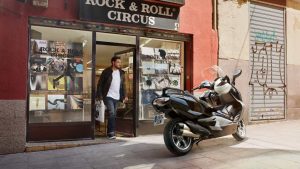 The other Little Niggle is the lack of locks for both of the storage cubbies to either side of the steering head. They are roomy, but vulnerable to anyone who decides to pop ’em open and see what you left in there.

My Honda’s cubbies have locks.

If my ’83 Honda ever falls apart (it probably won’t, it’s a Honda) or my knees/hips do (that’s a possible) then I could see myself on one of these things.

Depends and Metamucil notwithstanding.