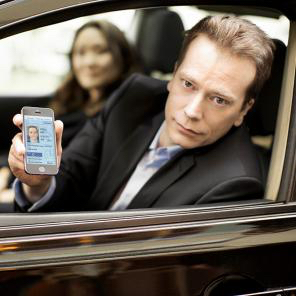 Bad enough that we are required by law to present our “papers” – government-issued ID cards, egregiously mislabelled as driver’s licenses – whenever a government bullyboy so demands. Just as in the former East Germany, just as in the former Soviet Union – and in another place whose name it’s hardly necessary to mention.

But in those places – in those times – tyranny was limited somewhat by technology.

In our time, the technology available to tyranny is almost limitless – and the laws which used to at least somewhat protect us have become the means by which technology tyrannizes us. 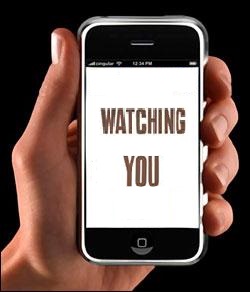 Corporations, which give a damn about our rights as much as Ted Bundy cared about his victims, provide the technology – and exploit the law – to profit from tyranny.

Government, in a kind of twisted quid pro quo, enacts the laws – and uses the technology created by corporations to intrude ever deeper into our lives.

Think of the loathsome body scanners we must pass through at airports.

It is the brainchild – and hoped-for profit center – of something called the MorphoTrust – which is one of those corporations that doesn’t give a damn about our rights if there’s a buck to be made from eviscerating them. Morpho – as in morphology – wants to use your smartphone and facial recognition technology it developed to convert your cell phone into a mobile, scannable and downloadable version of your “papers.”

In theory – and in technological fact – a cop would not even need to pull you over to examine your “papers.” He could simply access your phone. Without you even necessarily knowing. 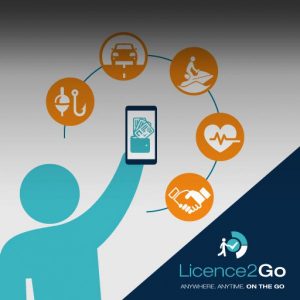 And not just your “papers,” either.

Whatever else you’ve got on your phone. Texts, images, emails and Internet searches. It’s the electronic version of a free-for-all rifling of our persons and effects without our persons or effects even being aware it’s happening.

They do this already, in a way, via Automated License Plate Readers (APLRs). A cop drives around, the ALPR scans every plate within its range and records, cross-references and takes general note of who is where and when. Ostensibly, it’s to help find Bad Guys – car thieves and such. In fact, it’s a way for the government to monitor and record the movements and whereabouts of vast numbers of people who’ve done nothing criminal or even suspicious – two things that were once the necessary legal prerequisites for initiating investigations but no longer.

The Mobile Biometric Driver’s License takes it up a notch, given how much personal data could be mined from our phones.

And we won’t be given the option to opt out.

The precedent for this business goes back to the aftermath of the 911 attacks. Corporate friends of Michael Chertoff (co-author a priori of the USA Patriot Act and director of the Homeland Security Department it birthed) used the pretext of “security” to create an opportunity for profit.

Chertoff – via his Chertoff Group – pushed for body scanners at airports. To Keep Us Safe. As it happened, and just by coincidence, one of the Chertoff Group’s clients happened to be Rapiscan, the manufacturer of the body scanners. (See Washington Post account of this sordid business here.)

Pass a law, make a buck.

Rape the Bill of Rights along the way. 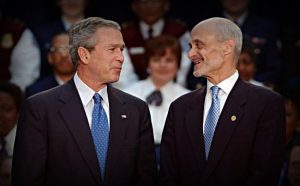 MorphoTrust is pushing for effectively the same thing: A legal requirement that people accept biometric/facial scan driver’s licenses embedded in their cell phones – the app and other necessaries provided by MorphoTrust.

Which will make a tidy profit off the involuntary transaction.

That is a key element, the thing which makes the MorphoTrust, Rapiscan and other such corporations evil.

It’s not too strong a word.

The use of force against peaceful people is the very essence of evil. Unfortunately, it has also become the way “business” is done in the metastatic stage of America’s decline into overt tyranny.

The word is in air quotes to mock the abuse of what used to be decent plain language. 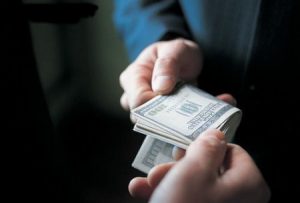 Business – properly defined – is the free exchange of value for value. You are free to buy – or not. If force enters into the transaction then the exchange is not free. If the buyer is under duress – if he is told he must buy the product or service or else – then he stands in relation to the seller very much in the same position as the victim of a mugging in relation to the person mugging him.

This is bad enough when mere money is being extracted from the victim. Electric car crony capitalists such as Elon Musk, for instance.

But when degradation of our rights is a part of the transaction it becomes the apotheosis of loathsomeness. Like being made to dig the ditch that will soon contain your bullet-riddled body. 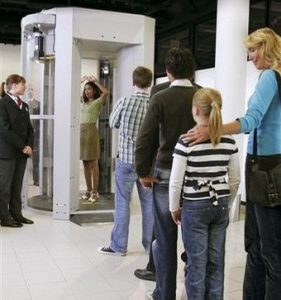 These are the first steps toward general implementation, a requirement that people submit to being biometrically ear-tagged, like cattle, in order to be allowed to function in this not merely increasingly but actually Orwellian society.

They’ve got us by the short hairs.

Because who can function without their “papers” – paper or electronic – in this society? You cannot (legally) drive a car, it is impossible to open a bank account or obtain employment (other than in the underground economy) without “papers.”

Having accepted that, it is hard to imagine how this will be resisted. It will be touted – as all technological tyranny is touted – as being for Our Safety. And a convenience. It will make things so much easier.

For whom, is never asked.

Some states already fingerprint people as a requirement for them to obtain the driver’s license/”papers” they have to have in order to be other than an economically Untouchable.

Scanning their faces and forcing them to carry around a portable and very smart ear tag is the logical next step.

Soon, you may have as much choice about whether to have a cell phone as you do about having to carry your “papers” with you everywhere you go.

Both will become one and the same thing.

With MorphoTrust profiting handsomely from the deal.