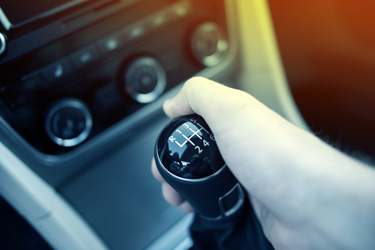 Well, no – it’s not what you thought. This column isn’t about Caitlyn (nee Bruce) Jenner. It is about your car’s transmission. About pros – and cons. And about how to make it last as long as the rest of the car – whether you go automatic or manual.

Which is more important than it used to be because of the stupefying cost to rebuild – or more often, replace –  a late-model car’s transmission. In some worst-case scenarios, it can cost as much as the car is worth. Or close enough to what the car is worth to make it hard to justify the fix. 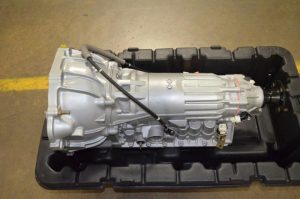 Automatics and manuals have different weak – and strong points. And there are specific things you can do (and ought to avoid doing) in order to get the maximum possible service life out of each type.

First, the weak – and strong – points of each.

Manuals are inherently simpler – and simpler usually means more long-term reliable. For instance, they are much less vulnerable to sudden catastrophic failure resulting from overheating or fluid loss (which we’ll get into shortly).

Most of the time, they cost less up front, too – because the manual (when available) is usually standard while the automatic is optional – and so costs extra.

Also: If you have a manual transmission, you can roll-start the car if the battery ever dies on you. This is because there is a physical/mechanical connection between the rotating wheels and the rotating engine. When the wheels turn, so does the engine – assuming, of course, the transmission is in gear and the clutch is out (once the car is rolling). If so, it will turn over just as if the starter motor were doing that job and if the ignition is on, the engine ought to fire. This physical connection between the engine and the rotating wheels is why, by the way, you have to depress the the clutch – or keep the transmission in neutral – when the car isn’t moving but the engine is running. 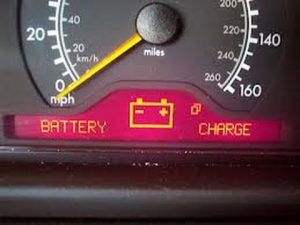 Otherwise, the engine stalls – because it can’t turn over the Earth!

So, if you have an automatic and the battery dies, you’re stuck until you can find someone to jump-start the thing.

Automatics, on the other hand, are easier when the battery isn’t dead. No having to clutch – or shift. An automatic can just be left in Drive – and the engine won’t stall when the car isn’t moving, either. (The hydraulic connection allows some slip, which is why you can keep the transmission in gear when the vehicle isn’t moving and the engine is running.)

While manuals can be fun on the open road, and do give the driver more control than an automatic, they can be a chore in stop-and-go traffic. Also, they wear faster when subjected to stop-and-go driving. Clutch in, clutch out – and in-between. The clutch is a wear item. And it wears out, just like brake pads do. The more you use it – like brakes – the faster it wears. Replacing the clutch is part of routine service with a manual transmission and should be factored into the decision about which way to go. A clutch job generally runs between $500 and $800 depending on the vehicle.

On the other hand, manual transmissions themselves (i.e., the gearbox) are less maintenance-fussy.

Usually the only thing they need over their service life is very occasional (about every 75,000 miles or so is usual) changing of the gear lube/fluid – and they are generally less finicky about change-outs than automatics, because it’s just lube for them while for an automatic, the hydraulic fluid is the lifeblood of the transmission. It literally works like the blood in a human circulatory system, pumping and pressurizing the internals. When the tiny orifices in the hydraulic circuit – which are analogous to arteries in a human being –  become clogged by particles or varnish (result of not changing fluid and filter in good time) the effect is a lot like clogged arteries in a human circulatory system. 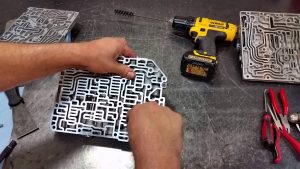 That’s the general lay of the land. So – how to get the longest life – and the fewest repair bills – out of each?

One, never let the thing run hot. Unfortunately, this can (and does) happen pretty often because many cars do not have a transmission temperature gauge and some don’t even have a warning light. Which makes it hard to know when the transmission is running hot . . . before it’s too late to do anything about it. Overheating can destroy an automatic in minutes. Which is why shutting down and getting off the road before too many minutes go by is so important. 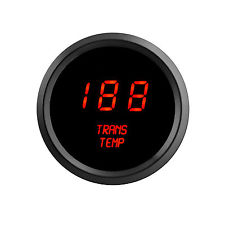 Assuming your car’ cooling system is in good shape and you are not subjecting the car to excessive loads (such as towing more than it is rated to tow on a hot summer day) you shouldn’t have to worry about this. But it is smart to know about this – and even better to know for sure.

Be aware that a factory-installed dashboard warning light – an idiot light – may not come on until the transmission is already running hot. A gauge is preferable for this reason and worth adding, if your car did not come with one from the factory.

If you notice your transmission is running hot, find out why immediately. And stop driving the car right now. It’s inconvenient, but much less expensive than buying a new/rebuilt transmission.

Two, never let the transmission run low on fluid. Which – if it gets too low – will lead to rapid overheating and catastrophic failure.

Check the fluid level on the dipstick regularly – once every two weeks, at least.

And check under the car every day for signs of leaks.

Transmission fluid is usually reddish – unless it’s really old, in which case it will look like old engine oil but it will be much thinner, almost like water. 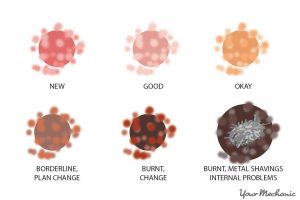 If you find more than a drip or two – or a new drop or two – find out why. And check the level immediately – before you turn the engine on. If you find more than a couple of drops – if you find a small puddle – do not turn the engine on. The running engine will pressurize the hydraulic circuit in the transmission, making the leak worse. Do not drive the car. If necessary, have it towed to a shop to fix the leak. A hassle? Certainly. But a tow – and fixing a leak – is usually much cheaper than a new transmission.

Three, change the fluid and filter per the service schedule. Do not skimp on this service . . . unless you want to buy a new/rebuilt transmission long before you otherwise would have had to.

Fresh/good transmission fluid – as mentioned above – is usually ruby red; if it’s brown or black – and smells burned – you have problems.

When you first start the engine – especially on a cold day – gently let the clutch out with the transmission in neutral and wait about 30 seconds before driving off. This will circulate lube within the transmission. This happens automatically with an automatic – but not with a manual. If the car has been sitting overnight, all the lube will be in the bottom of the transmission and not circulating on the moving wear parts. By letting the engine idle with the clutch out (i.e., engaged; the shifter in Neutral, of course) you’re letting the lube circulate – and warm up, which (on cold days especially) will make the transmission easier to shift and reduce wear and tear. 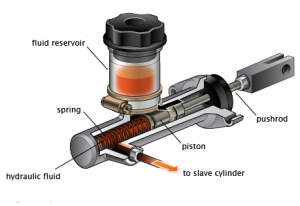 Regularly change the fluid in the slave cylinder reservoir. All cars with manuals built since the ‘80s have one of these. They were added to make clutch engagement easier – via hydraulic assist – and to make the clutch last longer (by reducing wear and tear). Pop the hood and you’ll see a small fluid reservoir near the brake fluid reservoir. This is the slave cylinder reservoir – and it’s filled with brake fluid (hydraulic fluid) just like its bigger brother.

This is not a cheap date.

Drive smoothly. This one’s obvious, but important nonetheless. Abruptly releasing the clutch will result in more rapid wear and tear – and so will riding the clutch, i.e., keeping it partially engaged. Avoid grinding the gears. The more smoothly you shift (and clutch) the longer the transmission will last.

Car Prices Would Go Down… If The Free Market Were Allowed...