It’s said the best way to corral a feral hog is by steps.

The next step is to put up a piece of fence. Just one piece. Behind the bucket of food. The hog is slightly suspicious, at first. He approaches the bucket warily. But he soon accepts the presence of the section of fence and goes on eating, ignoring the fence section behind the bucket.

After some time has passed, put up a second piece of fence, at a 90 degree angle to the first section. The hog will be alarmed by this and may not come to the bucket for awhile – and when he does, he will be cautious and on high alert. But – as before – he sees he can still come and go freely.

And there is food and he is hungry.

He grows used to the piece of fence to his left.

After giving him time to adjust, put up a third piece of fence, on the opposite side – also at a 90 degree angle to the original section behind the feed bucket. 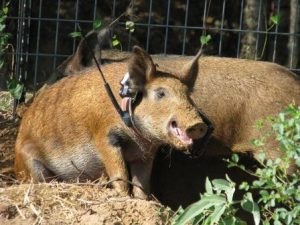 By now, the hog has become accustomed to these appearance and – so long as he can come and go and there is food – he puts up with it, ignores the strange things appearing seemingly out of nowhere.

You know the rest. The last piece of fence corrals your hog – who is now your pig. It’s time for sausages.

Roads were “commons,” the means by which a man expressed his right to travel freely.

The first piece of fencing appeared when it became required to obtain a license to “drive” – a term which used to have commercial connotations in the horse era (e.g., the driver of a hackney) but which has come to be synonymous with traveling via automobile. Somehow – no debate was ever held, no vote ever taken – the government transmuted a right into a conditional privilege. 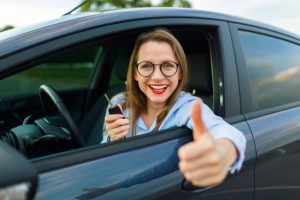 Not long after, it began to catalog us by number and then, photograph. The next piece of fencing. It became functionally impossible to live without this internal passport – whether one “drove” or not. Applying for employment, opening a bank account – all the necessaries of life – now necessitated the internal passport.

To which “biometric identifiers” – fingerprints and facial recognition – have most recently been added. Most driver’s licenses laos have bar codes that can be scanned, the codes containing reams of data about the now ear-tagged hog.

The third pice of fencing. 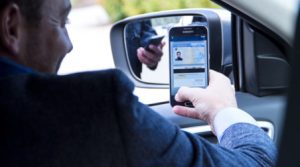 In Delaware, there is a “pilot program” testing out driver’s licenses that won’t need a bar code or even a traffic stop to ID you and keep track of you, all the time – and in real time.

It’s called the Mobile Driver’s License. It’s a fully electronic license, encoded into your smartphone. Armed government workers – law enforcement – will be able to access it at will. By “pinging” your smartphone. It will make things so much easier, according to Delaware Governor John Carney. “We are excited to help move this new technology forward,” he exclaims.

The head of the Delaware DMV says that MDLs will “enhance safety . . . and protect the privacy of our customers.” Italics added. Somewhere, Abe Lincoln is removing his stovepipe hat in silent appreciation. It is hard to imagine conjuring more outright lies in that small handful of words.

Only the Gettysburg Address exceeds it. 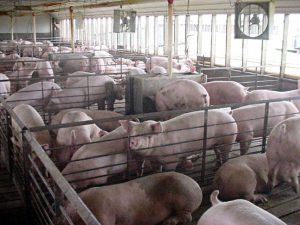 This “new technology” will not apply only to driver’s licenses. If you thought you could avoid being “pinged” by avoiding “driving,” think again. The state – and not just this state – is planning to use the new technology for government-issued IDs, too. Which are effectively driver’s licenses without the license to drive but every other thing, including all of your “data” – Social Security number, biometric identifiers, etc. – and which all of us “customers” have to have, as a practical and even a legal matter. While it is possible to avoid “driving” it is not possible to live without a government ID – unless you want to live in a tent in the woods.

And even then, you are required to have ID.

Of course we are assured that “secure access” will be part of the deal, you data only accessible after it is unlocked via a PIN or facial recognition.

Or by armed government workers, who will suffer no such impediment.

The “pinging” of mobile licenses can be paired with Automated  License Plate Readers (ALPRs) to automate real-time, dragnet-style keeping-track of everyone, all the time.

The gate is about to close.

But the hogs – soon to be pigs, then bacon – don’t seem to mind much.