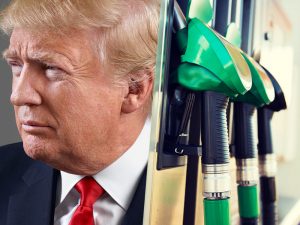 EPA Administrator Scott Pruitt plans to sign a declaration by Sunday that the Obama administration’s vehicle efficiency rules for 2022 through 2025 are “not appropriate” and must be revised, according to Reuters .

Pruitt is expected to speak at an event at a Chevrolet dealership in suburban Washington and will be joined by groups representing dealers and automakers.

The state of California, which has the power to effectively create its own fuel economy standards, several allied states and environmental groups are gearing up for a legal and political fight over the rules.

California Air Resources Board chair Mary Nichols said in January the board does not believe the standards should be lowered. Pruitt was in California earlier this week, but did not meet with Nichols.

Two Trump administration officials and several automakers told Reuters the timing of proposing specific revisions to existing fuel economy standards remains in flux. EPA officials suggested a detailed proposal could come in late May or June, while the Transportation Department is pushing for a speedier proposal, automakers and officials said.

The EPA declined Thursday to comment on Pruitt’s plans. An EPA spokeswoman said last week “a final determination will be signed by April 1.”

Why Not Make “Speeding” Legal?