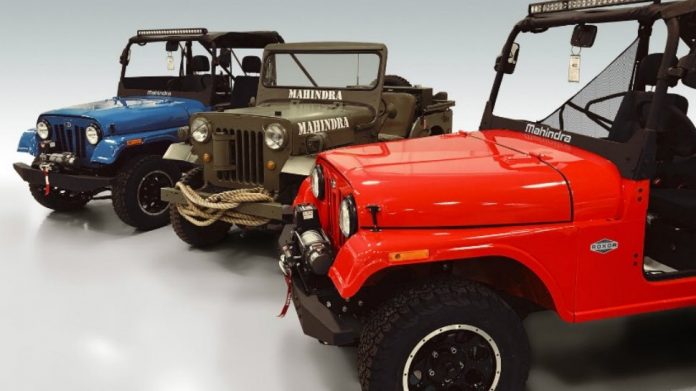 I’ve written before about low-cost, simple vehicles the car companies aren’t allowed to sell here because they don’t conform to the various edicts issued by the federal government regarding emissions (defensible, within reason) and saaaaaaaaaaaaaafety (indefensible, period – as the government has no legitimate basis dictating such a thing to supposedly “free” adults).

Well, here’s one you can at least buy – and it’s legal to own it, too. No government SWAT teams will descend for having one in the garage. 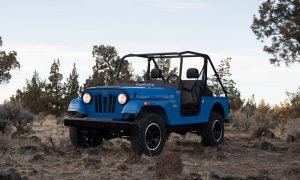 It’s basically a rebooted ‘70s-era Jeep CJ, which  means it’s a rugged, simple 4×4. It features heavy duty body-on-frame construction, with a rugged steel body designed to be easy – and cheap – to repair.

It even comes standard with a 2.5 liter turbo-diesel engine, paired with a five-speed manual transmission. Reportedly, the thing averages better than 50 miles-per-gallon.

The hitch is you can’t drive it.

Well, not on “public” – that is to say, government-owned (even though we pay for them) roads. It is for off-road use only. Like an ATV, except it’s got everything you’d need to drive on the road except for a permission slip from Uncle. Which it hasn’t got and never will get because it lacks the EPA and DOT certifications which are the legally necessary prerequisites for getting a registration slip and license plates.

But this gives us a window into the Cost of Uncle.

The Roxor’s closest analog in an Uncle-approved vehicle is the current Jeep Wrangler – which is the great-great-grandson of the ‘70s-era Jeep CJ.

A new Wrangler’s base price is $27,495 – a difference of just under $12,000. This is a very good approximation of the cost of Uncle – of his many mandates. It’s true the on-road-legal Jeep has amenities that the Roxor doesn’t, such as air conditioning and power windows and a nice stereo.

But those aren’t the major price padders.

What gets into real money is building a vehicle to be compliant with federal “safety,” emissions and fuel efficiency mandates.

The Roxor hasn’t got any air bags – or even a padded dashboard. There is no automated emergency braking (mandatory in new cars beginning with the 2022 model year). No back-up cameras. No electronic tire pressure monitor system.

You can, however, see where you’re going – because sideward and rearward visibility isn’t occluded by Uncle-mandated girder-like “A,” “B” and “C” pillars, necessary to support the weight of an Uncle-approved car in the event it rolls over.

Its short (96 inch) wheelbase, 9 inches of ground clearance and top-heavy layout means that if you drive it stupidly – by taking a corner at high speed for instance – it might roll over.

Just like the old Jeep CJs would, if you drove them stupidly. 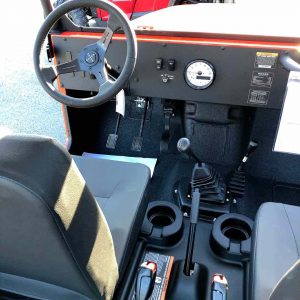 But why is that any of the government’s legitimate business?

Peruse the Constitution, allegedly the law of the land. There does not appear to be a word in the thing about government’s obligation to protect people from the potential consequence of bad decisions, in particular those made by others.

We are supposed to be free to pursue Happiness – or so we were told.

What if it makes us happy to drive a simple, basic vehicle without air bags or a padded dashboard, which doesn’t have a back-up camera or tire pressure monitors and which could – if driven stupidly – end up on its roof? Were did Uncle get the rightful authority to interpose? To pre-emptively deny us our free choice – including the natural right of every free man to take risks, according to his own best judgment?

And to not be bound and chained because of the bad decisions made by other men?

The emissions thing is also a bogey – if reasonableness is the criteria. 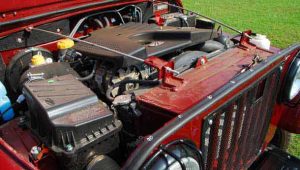 Roxor’s diesel engine hasn’t got EPA certification for on-road use. Engine oils, spare parts, and more products here. But it is capable of going about 50 percent farther on a gallon of fuel than the EPA-approved gas-burning V6 engine that’s used in the current Wrangler. It would be very interesting to do the math and ascertain whether – on the whole – a diesel engine with slightly higher exhaust emissions ends up emitting less in the way of harmful emissions than a “certified” gas engine that burns about 50 percent more fuel.

One wonders, also, what it would take to make the Roxor’s diesel engine EPA-complaint but leave the saaaaaaaaaaaaaaaaaaaaaaafety mandates out of the equation.

Even if it took $5,000 in particulate traps and other such to get the diesel engine within spec, the Roxor could still be sold for around $20k – which would be around $7k less than the base price of the 2018 Wrangler. 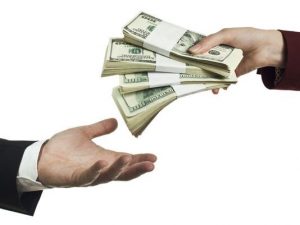 Not that there’s anything wrong with the Wrangler . . . if you want the six air bags, the padded dash – and all the rest of it.

This includes the Wrangler’s forbidding – unapproachable – repair and maintenance costs, all of which will generally have to be performed by a $100-per-hour “technician” with the essential (and unaffordable) diagnostic equipment and specialized tools needed to service an Uncle-approved vehicle.

The Roxor’s guts, on the other hand, are field-serviceable by almost anyone who can turn a wrench – which (plus a decent socket set) are all you need to service this thing yourself.

Too bad we’re not allowed to drive it anywhere except the back yard.