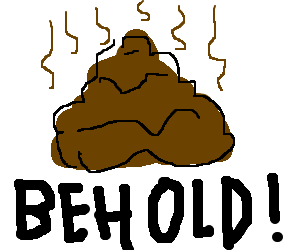 The other day, I posted a rant (here) about MSM writers referring to CAFE fuel efficiency regs as being about “emissions” – which is news as fake as it gets. Whatever your stance on Climate Change, CAFE is a fuel economy reg – period.

Well, along comes a Clover.

This one – his name is Eric Kulisch and he apparently writes for The Washington Post – unloaded the following steaming pile, which I copy and paste here for purposes of editorial vivisection:

Automakers are playing a tricky game when it comes to the 2022-25 tailpipe emission standards.

They got their wish for the Trump administration to reopen the EPA’s final determination locking in the final years of the Obama 12-year plan to roughly double vehicle efficiency. And now it looks like Administrator Scott Pruitt will agree that the rules, which ratchet up mileage requirements about 5 percent each year, are too aggressive and need to be corrected.

The draft determination is still under interagency review at the Office of Management and Budget, but must be completed by April 1.

What the fix will look like will not be clear for several more months, until a new proposal is put forward.

Car companies are looking for modest tweaks that give them extra wiggle room to comply with the targets and avoid penalties, while professing loyalty to the clean-air rules. They argue that takes a lot more work and money to squeeze out the last bits of efficiency from vehicles. Improvements are much easier when there is a lot of room to improve — just like it’s easier to get toothpaste out of a tube when it’s full.

The bigger danger is that Pruitt and President Donald Trump will take advantage of the opening provided by the industry and sharply scale back the emissions and fuel efficiency targets.

If the changes are minor, a grand bargain between EPA (the emissions regulator), NHTSA (the mileage regulator) and California (the high priestess of air quality rules under special congressional authority to pave its own direction) is possible. That would be a home run for the auto industry because it would preserve the uniformity and predictability they prize.

But if California doesn’t buy into the Pruitt plan, it will unleash a period of uncertainty as states join California to block a watered-down proposal. That will make product planning more difficult and curtail job-creating investments for the near future. Worse, automakers might have to stop selling many vehicles in a quarter of the states that follow California’s standard or setting up production lines to create two versions of vehicles.

But an even bigger risk remains: damage to the automakers’ reputation as good corporate citizens.

Automakers that got taxpayer-backed bailout loans regained their credibility by turning out better, more fuel-efficient products and voluntarily joining the Obama-led fuel economy program. Executives have extolled their sustainability efforts in an era when consumers make choices based in part on a corporation’s environmental commitments. They were able to attract investment dollars targeted at sustainability and good environmental stewardship.

In the coming days, Pruitt and Trump will likely catch some flak for trying to turn back the clock on environmental progress. But environmental groups and other critics, armed with social media megaphones, are already turning their fire on the carmakers. The companies will face being called hypocrites, willful polluters or worse.

“By undermining the money-saving clean air rules, the auto companies are reaching into our wallets while increasing pollution from cars that will be on the road for years to come,” Stan Becker, director of the Safe Climate Campaign, wrote in a blog on Friday. The group and others are planning a Monday sign-waving campaign and protest outside Ford’s Washington offices here.

Carol Browner, the former EPA chief who helped craft the CAFE standards as an Obama White House adviser, said in a statement, “This rollback is just another thinly veiled attempt by Scott Pruitt to protect industry while putting our health and environment at risk.”

Ford Motor Co. Executive Chairman Bill Ford tried to blunt the public relations hit earlier this week when he expressed support for “increasing clean car standards” and no rollback after his company quietly acquiesced to industry trade association efforts to adjust the standards. This after Ford led the industry to agree to the standards.

But with the environmental groups screaming about the Trump administration caving to automaker demands, the industry won’t be able to control the narrative much longer.

Managing public perceptions about the industry may prove just as complex as managing the operational challenges of an uncertain CAFE program.