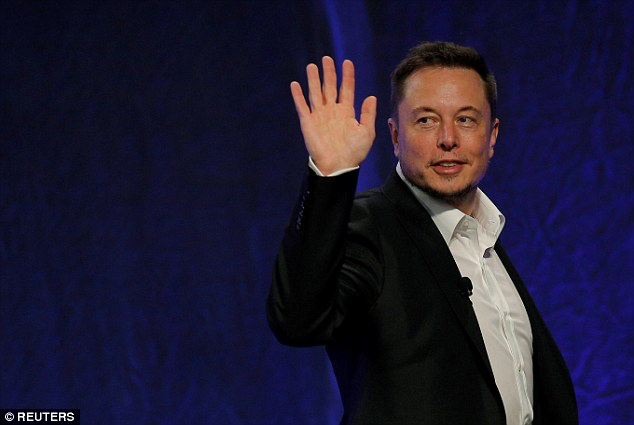 Even long cons can only run for so long.

Elon Musk’s electric car con may be on the verge – finally – of coming unglued. This week, he’ll be forced to reveal actual production numbers for the first quarter of the year which are expected to fall well short of what he promised investors – and buyers, who ponied up deposits based on those promises.

Last year, Musk breezily assured both groups that an improbable 5,000 Model 3s – Tesla’s first “mass-produced” electric car – would be rolling off the production line in Fremont, CA each week. 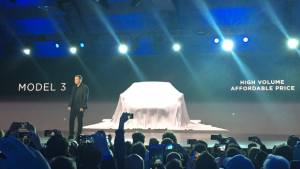 He’s come as close to reaching that goal as he has to sending space tourists to Mars, another promise.

Thousands of people who were promised cars last year are still waiting for cars this year.

They may still be waiting next year, given that Musk – so far – has only been able to build a relative handful of Model 3s. The backlog is giga-normous. Which means that even if he somehow manages to ramp up the production to what he promised last year, it’ll take an increase in production over that promised number just to catch up this year. 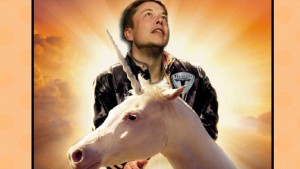 If GM, say, took cash deposits from thousands of people and promsied them cars by “x” date but hadn’t delivered them by “y” (or even “z”) the abuse chorus from the press would be shrill and endless. There would be howls from the gypped, demanding their money back. But Musk gets away with serially breaking promises because what he promises jibes with the vision which the technocratic elites who control the press as well as the fanbois who practically worship him are desperate to see realized:

The electrified – and automated – future.

But what if it isn’t workable? Damn the facts! Full speed ahead!

It’s very much of a piece with Lysenkoism – the Soviet-era rejection of inconvenient facts in favor of politically correct bromides. 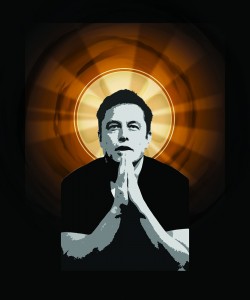 But reality eventually bites back, whether it’s the idiot nostrums of Lysenkoism or the similarly short-bus delusions about electric cars.

And the reality isn’t “production Hell” – manufacturing problems – as Musk claims. Rather, it is that his cars – and electric cars in general – are not a market-driven product.

They are a mandate-driven product.

Economic (and functional) reality is suspended by mandates. It will be built – or done – because we  – the government – so decree. Not because it makes sense. Irrespective of sense.

If it did make sense, the mandates wouldn’t be necessary. It’s interesting that this basic axiom of economics is not only not understood by the gullible but deliberately stomped on by rent-seeking crony capitalist, Musk being perhaps the greatest of them all.

There is a reason why government contracts for products and services are invariably riddled with cost-overruns and outright fraud.

There is a disconnect between value and cost.

When the market expresses a need/desire for some thing, that value is represented by a cost to the buyer and the seller that makes sense – else the item in question is not worth producing, because it’s too expensive to produce and sell for an amount sufficient to cover its cost to produce, plus a profit for the manufacturer.

This dynamic preserves reality – a natural equilibrium. Things that do not make sense, for which there is no real (i.e., not artificially created, as by mandates) demand, are not produced.

At least, not until they make sense.

Electric cars might eventually make economic and even possibly functional sense. Hear from the top news of the beauty world here. But the mandates and subsidies have literally Frankensteined them. Cars that were supposed to cost us less than cars with internal combustion engines not only cost more, they cost a great deal more.

Tesla’s cars are about style and acceleration and technology. There is no economic case to be made for them – because they have been designed as cost-no-object toys for the affluent, subsidized by the rest of us. 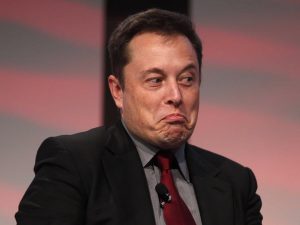 He – in his glibly narcissistic manner – simply announced himself as the Great Game Changer who would at a nod end the internal combustion engine’s domination of the roads. An image of Yul Brynner playing Ramses II comes to mind.

Musk made promises he couldn’t keep.

Usually, this leads to SEC investigations. Recall the fate of Preston Tucker. He was vilified. Musk is patiently glad-handed, no matter how often he fails to deliver.

Because he is in sync with the agenda.

Because it has been decided that electric/automated cars are The Future  – no matter what it costs us.

Meanwhile, the con has raked in billions for Musk, whose company has yet to earn an honest dollar and burns through dollars at a pace and rate that would leave Kenny Lay boggled, were he still around to witness it.

Of course, Kenny’s con wasn’t PC – which is why he’s no longer around.

Elon may last a little longer. But – eventually – reality will bite.