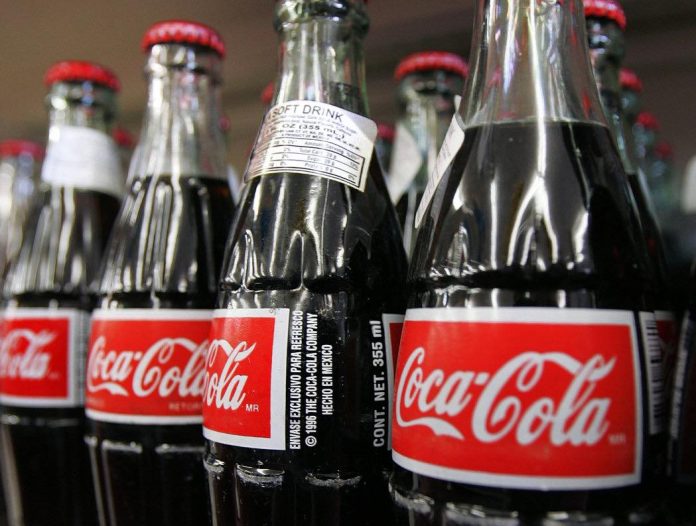 Real Coke – the most American of sodas – comes nowadays from Mexico. I mean of course the stuff made with sugar and put into glass bottles, the way Coke was once made and sold here  – as opposed to the high fructose corn syrup sweetened sludge (in aluminum cans and plastic bottles) currently sold here.

Interestingly, this is the case because of tariffs.

On cane sugar, which costs artificially more here in the U.S. thanks to them – in order to punish the manufacture of “cheap” sugar outside the U.S. 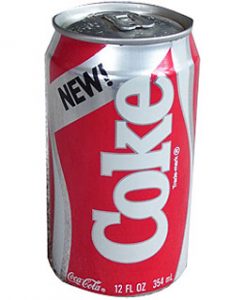 It is why American-made soda – not just Coke – is generally sweetened with HFC instead of cane sugar.

Almost everything else, too.

The soda sweetener switcheroo happened back in the ’80s. You may be old enough to remember. Real Coke was replaced with New Coke, which was Coke with HFC instead of sugar. Then – after an uproar – came Classic Coke, which wasn’t Coke. Because it was made with HFC, too.

But it was cheaper to make and sell  than real Coke with sugar.

Does the tariff on sugar benefit American soda drinkers? Their waistlines – and much-upticked tendency toward obesity and diabetes – provides the answer.

Cheapness – especially when it is artificial – has its price.

Not surprisingly, many people wise to the costs of HFC are willing to pay a little extra to get Mexican Coke – real Coke –  made with cane sugar. Or the more expensive boutique sodas which are made here, with artificially expensive cane sugar. 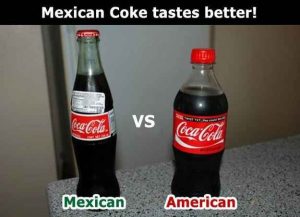 But if it weren’t for the tariffs on sugar, they wouldn’t have to go to Mexico (so to speak) to get a real Coke. They would be able to buy American-made Coke – without HFC.

And it wouldn’t be artificially expensive.

No one blames the Mexicans for HFC-laden American-made sodas. The problem is not enough people blame the U.S. government for the fact that they are effectively forced to drink HFC-laden sodas – or pay extra for sodas without the HFC.

The sugar isn’t naturally expensive. But the tariffs are.

Now the Orange One wants to apply tariffs to vehicles, apparently on the same principle – and it will have the same effects.

It his argument, essentially, that vehicles made elsewhere don’t cost enough because they don’t cost as much as it would to make them here. But why does it cost more to make vehicles here? 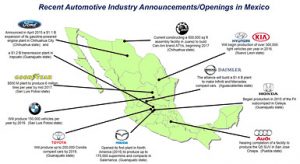 Certainly, labor costs enter into it. But the Mexican line workers in Hermosillo and Silao (where the Chevy Silverado and Ram 1500 pick-ups are made) are not sweat shop coolies. Ask them. Go see. I have been there. And have. They earn wages equivalent to what U.S. line workers made back in the ’50s, which is enough to sustain a very decent middle-class living, just as U.S. line workers once enjoyed.

Well, before the U.S. unions decided that line workers should be earning an upper middle-class living.

Add to this the EPA and OSHA ukase and rigmarole which afflicts manufacturing lines in the United States.

It is why it is easier – cheaper – to hecho things in Mexico and elsewhere, too. 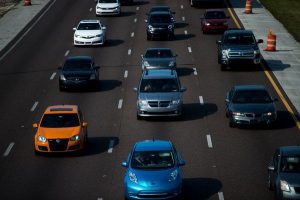 Where GM makes lots of Buicks. China is still a nominally communist country but really it is more of an oligarchical authoritarian capitalist state now – and the workers building Buicks in Shanghai are not sweatshop coolies, either. GM makes Buicks in China rather than Michigan because the Chinese government is – unbelievably, almost – less of a burden, which means lower costs and higher profits, some of which go to higher wages for the Chinese line workers.

Maybe the solution would be to make it easier and cheaper to make things here as well. As opposed to “adjusting” (via tariffs) the cost of things made elsewhere to the same higher level that afflicts things made here. People would have to pay less for stuff, which is the same thing as giving them a substantial raise.

It makes too much sense, I realize.

Almost as much sense as having to buy a Coke made in Mexico to get a real Coke.